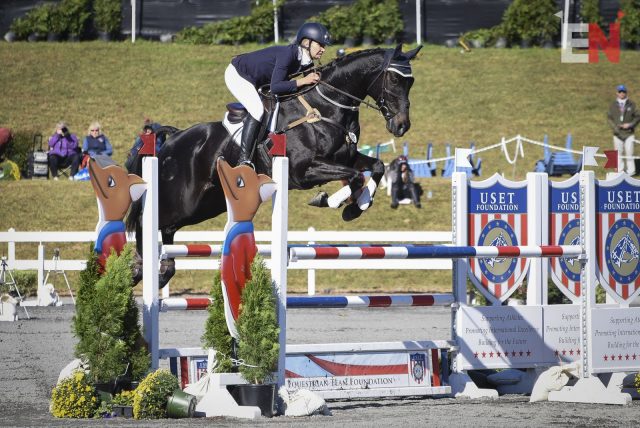 Frankie Thieriot-Stutes and Chatwin entered the arena today at the Dutta Corp Fair Hill International having never jumped a clear show jumping round on the final day of a CCI3*. With a rail in hand, Frankie could afford to knock one pole and still become the USEF National CCI3* Champion.

But for good measure, and perhaps to really drive home the point that amateurs have a place at the top of the sport too, Frankie delivered a clutch clear over Marc Donovan’s course to clinch the National Championship with Chatwin on 27.3 — the only pair to complete the CCI3* on their dressage score.

As a 32-year-old mother of two boys — Drake, 3, and Kingsley, 11 months — who also runs two businesses, Frankie made it clear that none of her success would be possible without her family and support team. The Chatwin Group’s Chatwin is the only horse in the country to have won two CCI3* events during the 2018 season.

“What an incredible year this was for me for sure,” Frankie said. “This week I was thinking how grateful I am for the people who get you where you’re going. I’m feeling incredibly lucky and very grateful for my cousin, Elizabeth Thieriot, who helped me have Chatwin. My kids aren’t here this weekend, but it’s because my husband, Mike, is so supportive and is home taking care of them.”

It has been a thrilling road to the top for Frankie, who bought Chatwin five years ago. Imported from Germany by Clayton Fredericks, Chatwin had a “very unconventional jump style,” but Frankie looked beyond that when she tried him.

“When I got on him, I jumped him over a crossrail and he felt like my old horse, Fric Frac,” Frankie said. “When I jumped him, I knew he would take care of me the same way Fric did.”

Since then Chatwin has blossomed. He now has eight international victories to his name, including two wins with fellow Fair Hill CCI3* winner Tamie Smith while Frankie was pregnant. As for how Chatwin delivered such a fabulous performance at Fair Hill, Frankie said Lilo Fore has helped her immensely in dressage. She also credited Tamie and Heather Morris for their help with her show jumping.

While Frankie has experimented with all sorts of wacky bits and nosebands in an effort to deliver clear show jumping rounds with Chatwin, today she rode him in a plain snaffle — a symbol of just how far their partnership has come. “That was a huge accomplishment for me to go in with a regular snaffle and think ‘I can do this'” — and she did. 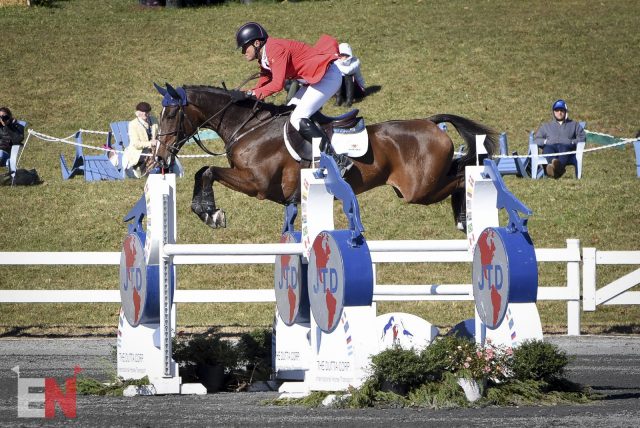 Boyd Martin and The Long Island T Syndicate’s Long Island T jumped a beautiful clear round inside the time to clinch the CCI3* Reserve National Championship on 33.4. “Ludwig” also won the Jersey Fresh CCI3* this year, and Boyd said he is thrilled with how the horse turned a corner.

“There was a time when I was thinking about how to sell him,” Boyd said. “He’s just come good. I’ve been in three-stars all around the world. If you can get through this event, you know you have a horse that can be competitive anywhere in the world. It really builds the horses up for four-star next year.” 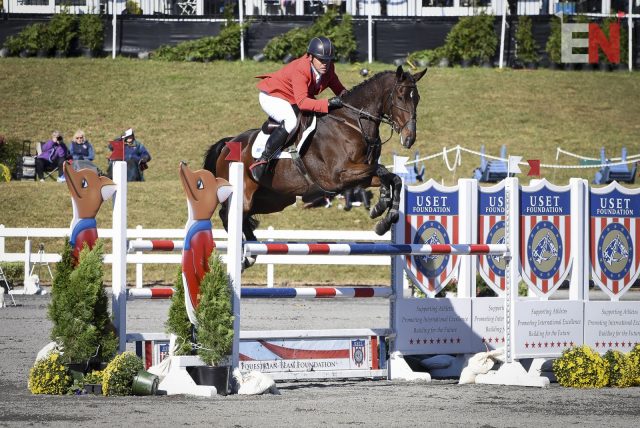 Buck Davidson and Maya Simmons’s Archie Rocks sat in second place following cross country thanks to delivering one of the two clear rounds inside the time on Derek di Grazia’s course, and they tipped a pole at the final fence today to finish third on 36.4.

“He’s gotten better every event out,” Buck said. “He did the best dressage he’s ever done for me, and the cross country was very easy for him. Today he jumped very, very well. I was bummed to have the last fence down. I’ve been working very hard on his show jumping with Kevin Babington, and he’s really helped me a lot. It took a bit of trust because he’s having me gallop at the jumps, but I thought it really worked.”

(Archie Rocks is for sale, and Buck took the ride on the horse this season to help Maya sell him. While Buck said he would love to keep the ride if he can find a way, he said his main focus has been helping a friend when she needed it most.) 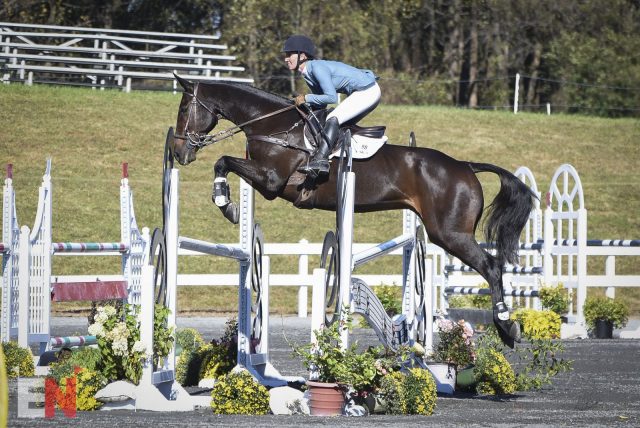 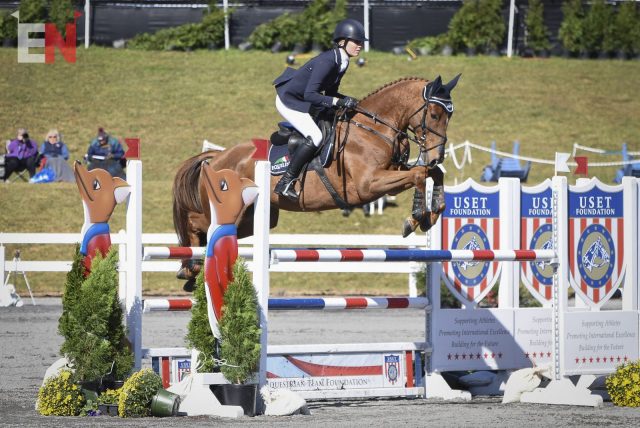 Caroline Martin and Sherrie Martin’s Danger Mouse jumped a beautiful clear show jumping round to finish in fifth place on 41.0.

Lauren Kieffer and Jacqueline Mars’s Vermiculus had one rail down to place sixth on 43.2. 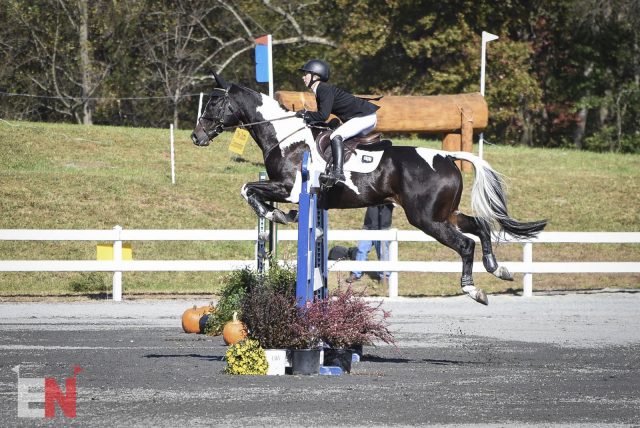 Cornelia Dorr and her own Sir Patico MH knocked one pole to finish seventh on 45.8 in their Fair Hill CCI3* debut.

Dom Schramm and The Naked Horse Eventing Syndicate’s Bolytair B delivered a class clear round to win EN’s Biggest Mover Award — jumping up 24 places after dressage to finish eighth on 46.5. 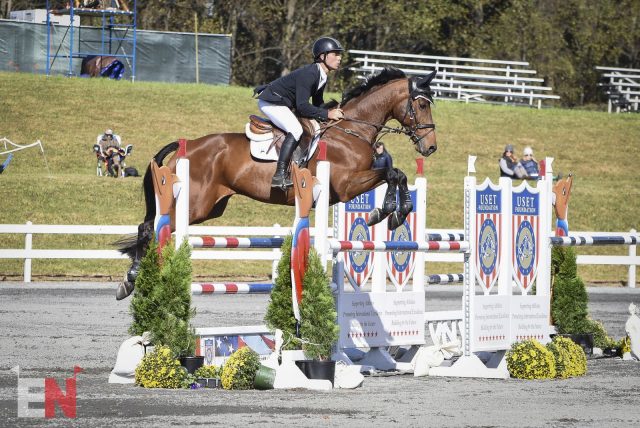 Caroline Martin finished a second ride in the top 10 in Sherrie Martin’s The Apprentice, who had one rail down to complete on 47.0 for ninth place.

Click here to view full results from the CCI3*. You can watch all three phases of the CCI3* on USEF Network. Thank you to all who followed along with EN’s coverage this weekend. Go Eventing. 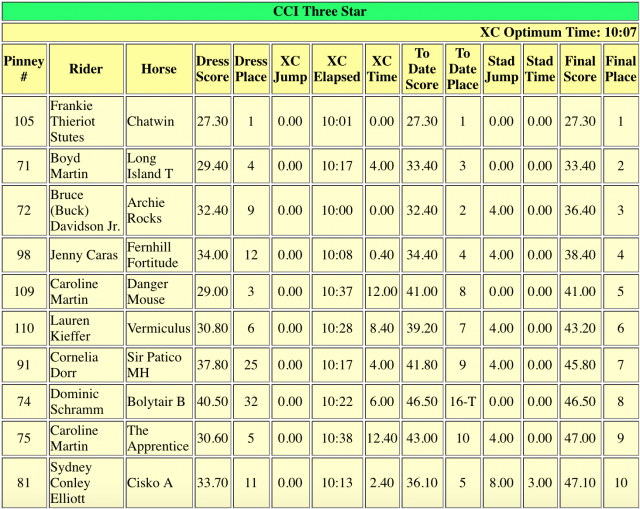