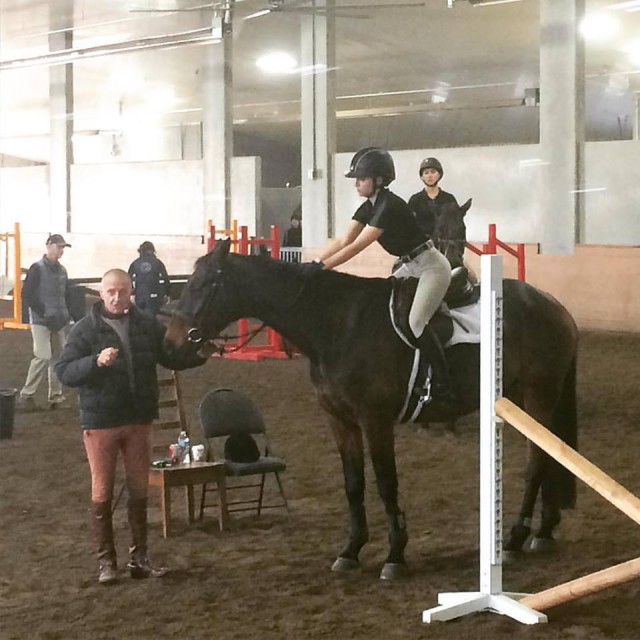 The Master at work. GM with @stb_eventing demonstrating a long crest release . Photo from Alberta Eventer on Facebook

Show season may be over or in the process of wrapping up for most of us, but that doesn’t mean it’s a sad time. No! It’s an awesome time. We’re moving directly in to Year End Awards season, which usually runs through January and runs concurrently with one of my favorite barn-seasons. That’s right, CLINIC SEASON is here!! Clinics are one of my favorite ways to further my riding-education, even if I’m not riding in it. There’s nothing quite like being bundled up ringside with a hot chocolate and soaking in the knowledge.

The Horse Radio Network Holiday Radiothon is coming up on Cyber Monday, Nov. 30! Featuring 20 hosts, celebrity guests and over $2,500 in prizes, you don’t want to miss this epic 12-hour long party. EN’s own Jenni Autry and Leslie Wylie are hosting the final hour, and we need YOU to call in so we can show the world eventers are awesome. [HRN Holiday Radiothon]