We love celebrating and learning about the #supergrooms who make this sport go around — quite literally! — so we’re on a mission to interview as many grooms as we can to learn about their journeys. Catch up on the other interviews from this series here and nominate a #supergroom of your own by emailing [email protected]! 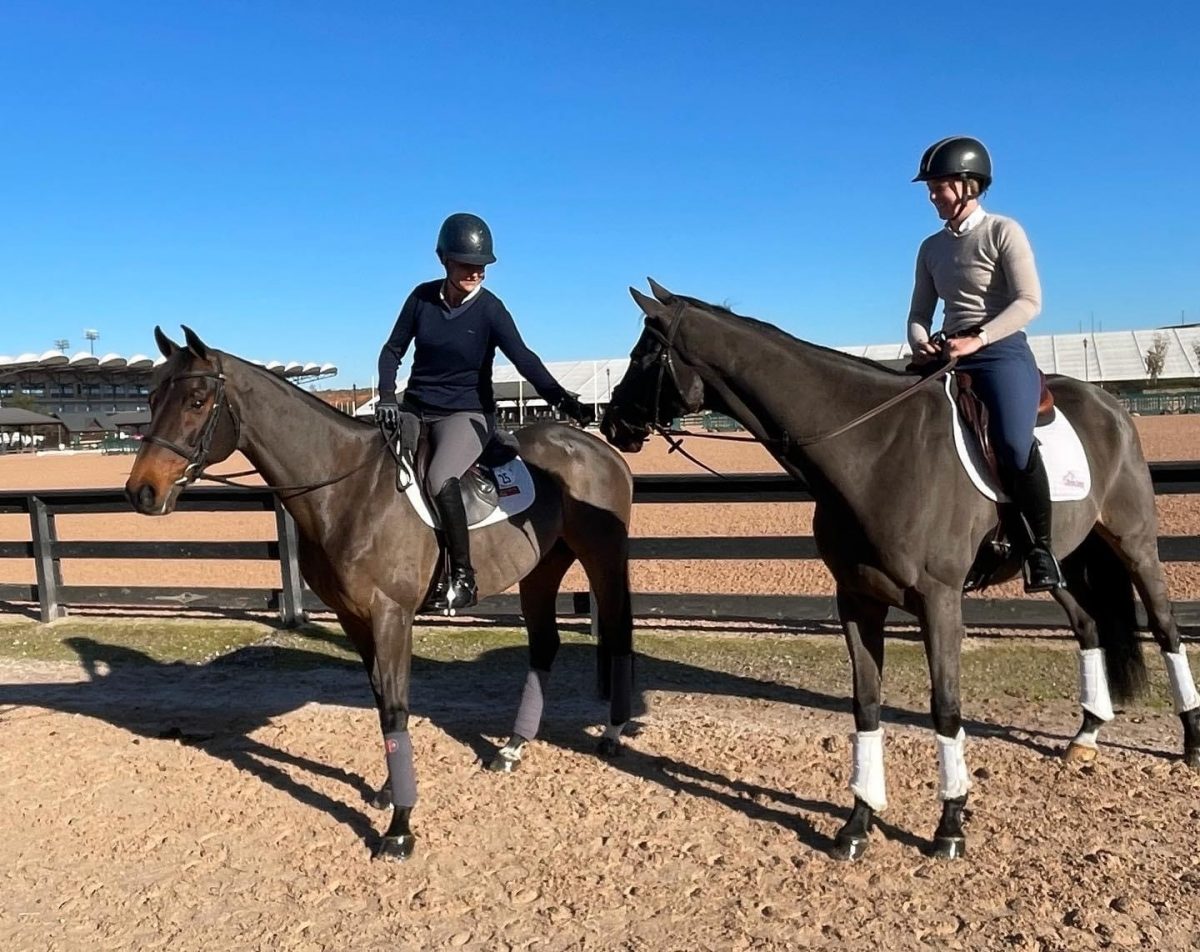 Janelle Fleming, from Dallas, Tx., started taking riding lessons when she was 10 years old, but never thought it would lead her to the position of Sara Kozumplik’s barn manager.

At a young age, Janelle’s dad took her to the barn down the road to pet the horses and when her friends had birthday parties at barns, she rode the horses there. Her passion for horses was ignited, but at the time she couldn’t afford to take many lessons.

When, at age 10, Janelle wanted to start taking lessons and she took it into her own hands to make it happen. “My dad opened a restaurant, so I decided that I would get a job there to pay for riding lessons,” she said.

Years later, after switching to online school for her senior year of high school and becoming a working student for Ellen Doughty-Hume, Janelle still wasn’t completely sure if she wanted a career in the equine industry. She decided to keep following the path she was on to see where it would lead; Sara Kozumplik needed help at the time, so Janelle took the job as a working student. 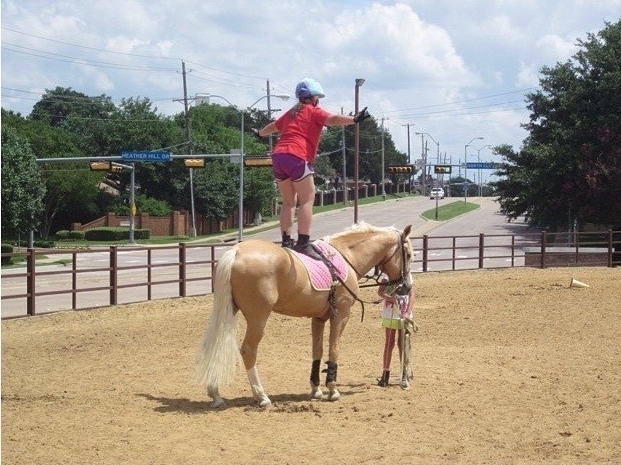 Janelle at one of her first summer camps with Cheyenne, who was the first horse she consistently rode at her first lesson barn. Photo courtesy of Janelle Fleming.

“I was supposed to take a gap year, but I’ve been here for almost three years. I decided that this is what I wanted to do and not to go to college,” Janelle said.

After about a month of working for Sara, Janelle began grooming her show jumpers and from there began taking on more responsibilities. Eventually, she kept gaining more responsibility which has led her to the barn manager position. She didn’t think she would end up being the barn manager when she first took the job, but she has just the right personality and attitude for the position.

“I have a very strong personality; I like to take charge. If I see something that needs to be done, I’ll just go ahead and do it and I like having responsibility,” Janelle said. 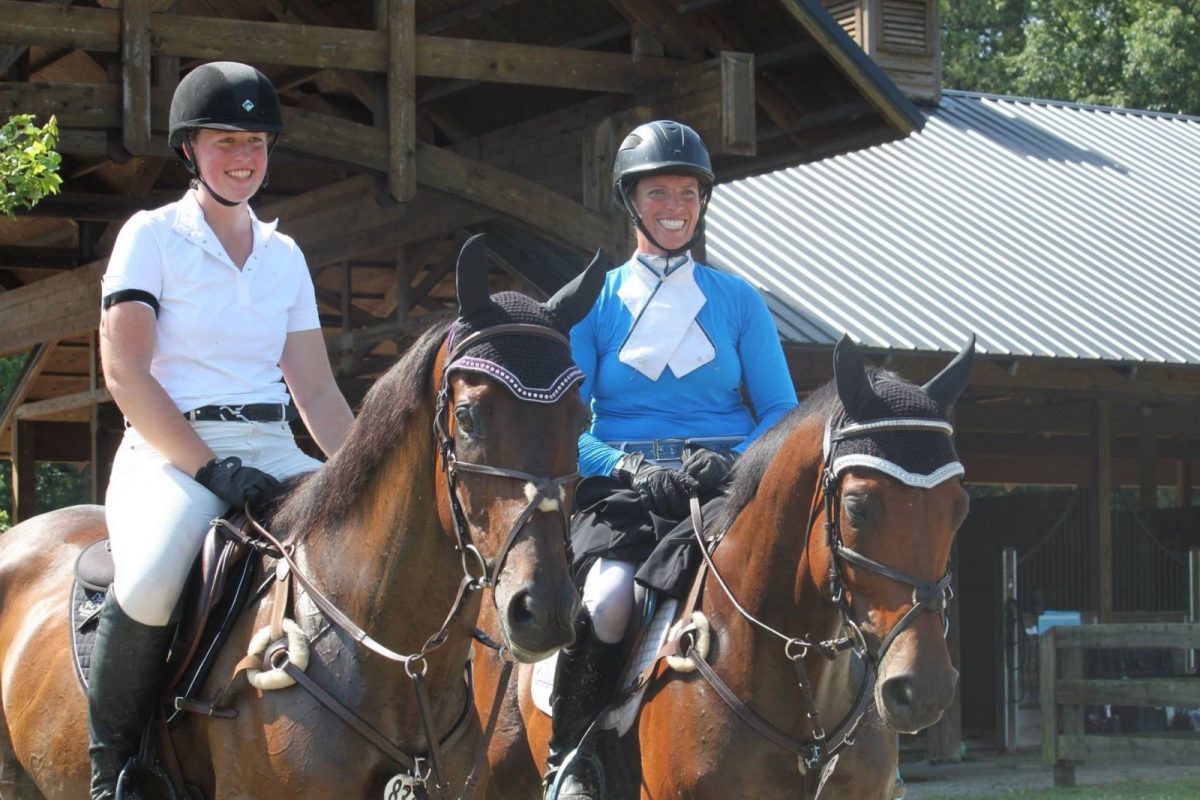 She enjoys working with Sara because she is able to bounce ideas off of her and they can collaborate as a team. “I like that she doesn’t micromanage us in the barn every day. She trusts us and she knows that she hired us for a reason,” she said.

Janelle rides Sara’s former 5* horse, Fly Me Courageous aka “Ziggy”. He spent some time out in the field after a suspensory injury in 2016. “About two years ago, they decided that he’s going to come back into work and start rehabbing and kind of see where he’s at,” she said.

Janelle took Ziggy through his rehab process beginning with walks and eventually started jumping him and going to events. Ziggy was feeling comfortable and spry, and Janelle was having the time of her life: in the last two years they’ve methodically moved up the levels, completing Janelle’s first FEI events including the 2*-L at Tryon last fall. Now, Janelle and Ziggy are headed to her first 3*-S at Virginia Horse Trials this coming weekend.

Janelle has been able to travel to various venues, but she says she most enjoyed going to the Land Rover Kentucky Three-Day Event with Sara last year. 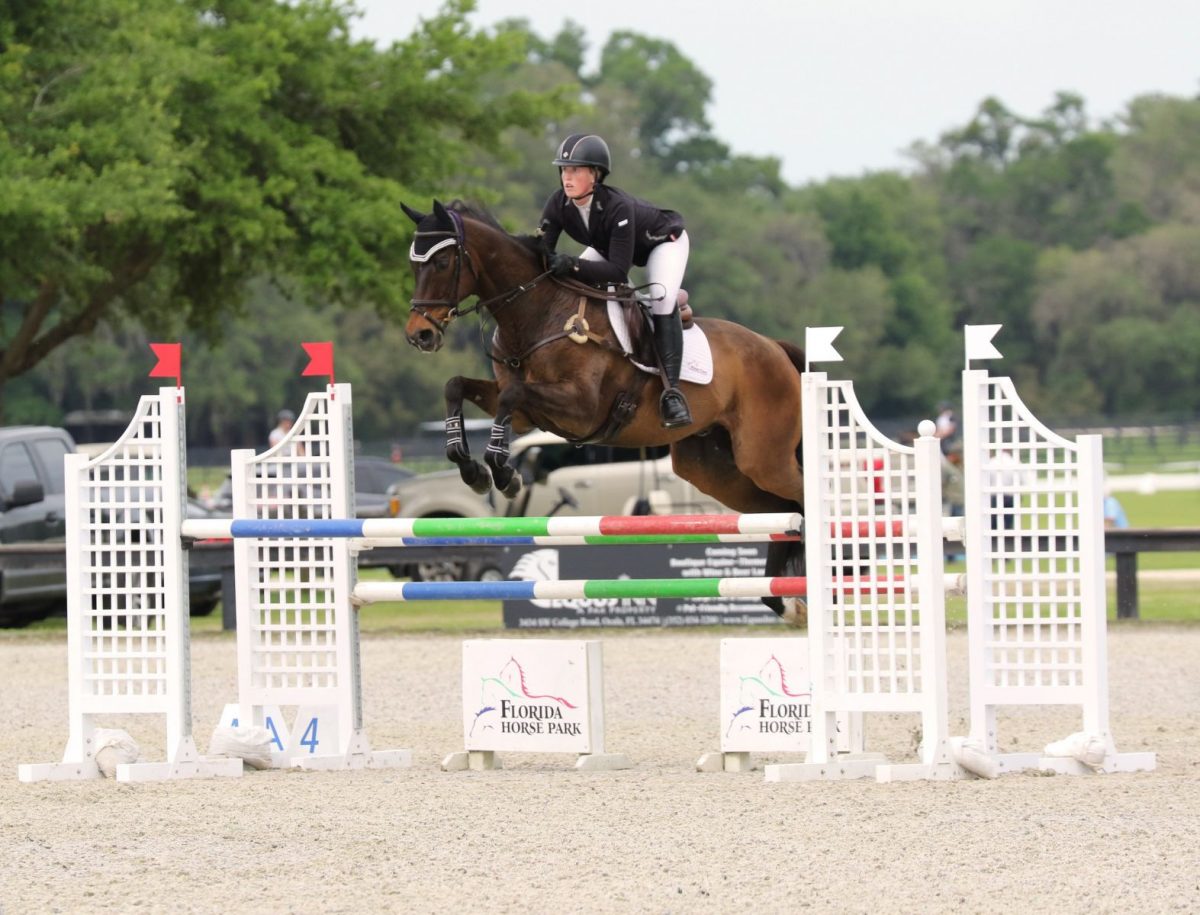 “We didn’t have the result that we were hoping for, but still, I think it was a really fun experience,” Janelle said. “I’ve only been to Kentucky once before, and that was probably five years ago and I just went as a spectator. So it was really cool to get to go as a groom and to help her actual groom [fellow #supergroom Sara Kelson] out.”

Janelle’s journey to this position was unexpected, but she’s glad it led her to work with Sara. “She is probably one of the most selfless and caring people that I’ve met,” she said. “She really wants the best for everyone and she really wants us to do well.”

While Janelle may not have expected she’d go from taking riding lessons at age 10 to becoming the barn manager at a top barn, but she is thankful for the experiences she has encountered through her journey.