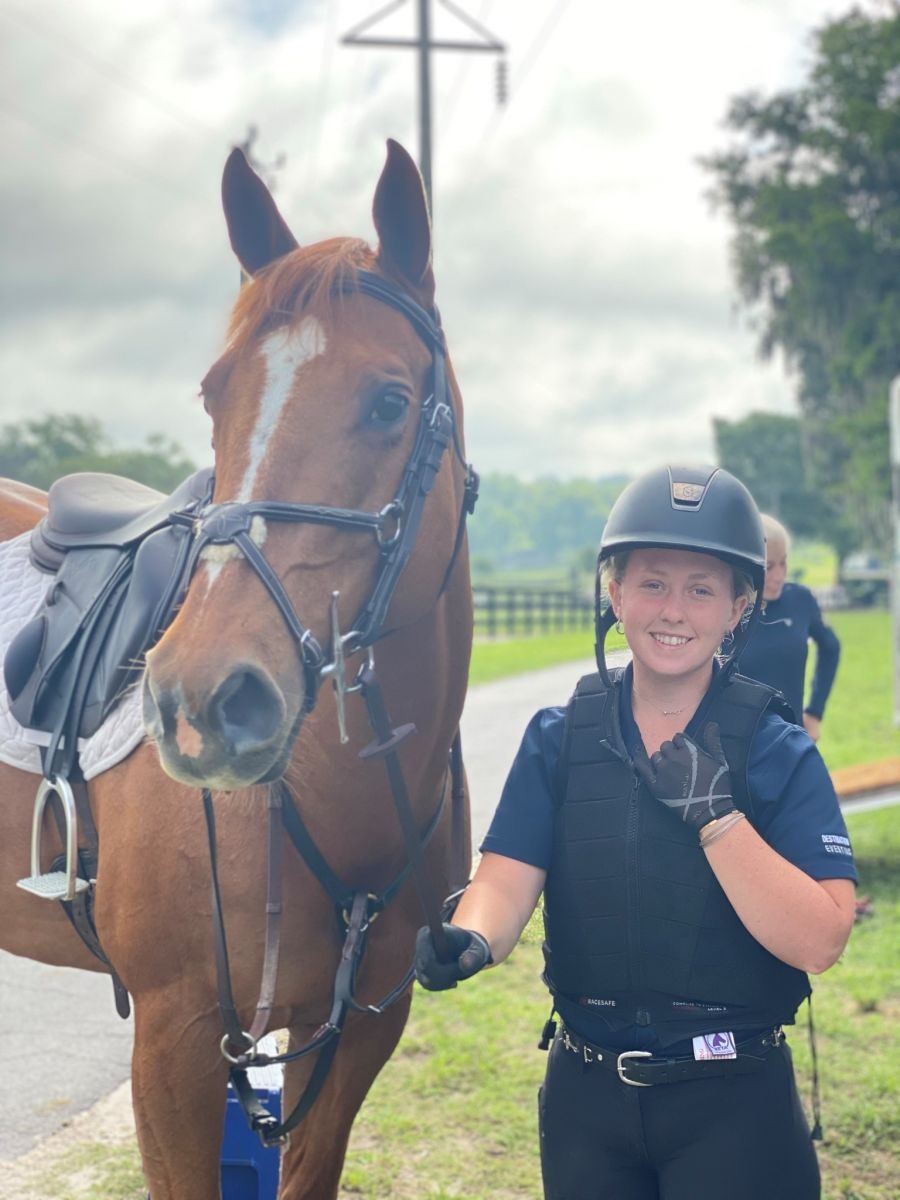 Anna and her horse, Cinder. Photo courtesy of Anna Lawson.

There’s nothing else Anna Lawson would rather be doing than grooming for Sharon White.

Sharon White’s farm, situated on the border of West Virginia and Virginia, is like a second home for Anna Lawson, who has been working there since the summer of 2021.

“I know in my bones this is where I’m supposed to be and everything about it feels correct and right. There’s really no one else I’d rather work for honestly,” Anna said.

Anna moved from Georgia to Virginia when she was 17 years old to gain more experience in the equine industry. She started reaching out to people and one of Sharon’s first working students, Christy Hill, introduced Anna to Sharon.

Anna wanted to work for Sharon, but she knew she needed more experience before stepping up to that position. “ I wasn’t quite qualified for the job. I’d never been anywhere at all. I’ve been home my whole life, taking little riding school lessons,” Anna said.

Before working for Sharon, Anna gained experience with Natalie Hollis at Destination Farm in Maryland for about three years. Anna started riding with Sharon when she was at Destination Farm to teach clinics and later trailered to Sharon’s barn for lessons about once a month.

“There was something about the way she taught me, I really liked it and I appreciated the effort she put into my riding,” Anna said.

Anna’s mom ended up working for Sharon as her barn manager, so Anna visited Sharon’s farm more often, which encouraged her to work to prove herself to Sharon.

“I didn’t think I was good enough so I kind of made it a point to prove myself to her and get her attention,” Anna said.

While Anna was working off lessons, Sharon needed more help around the barn, and the groom position was open. “She asked me, and I wasn’t going to turn down the opportunity; it’s a fabulous opportunity!”

Anna appreciates the attention to detail that Sharon has for her horses and students. “She’s a visual learner. And in that she also teaches for people who are visual learners.”

Sharon holds a high standard for her barn and Anna makes sure to uphold that standard. 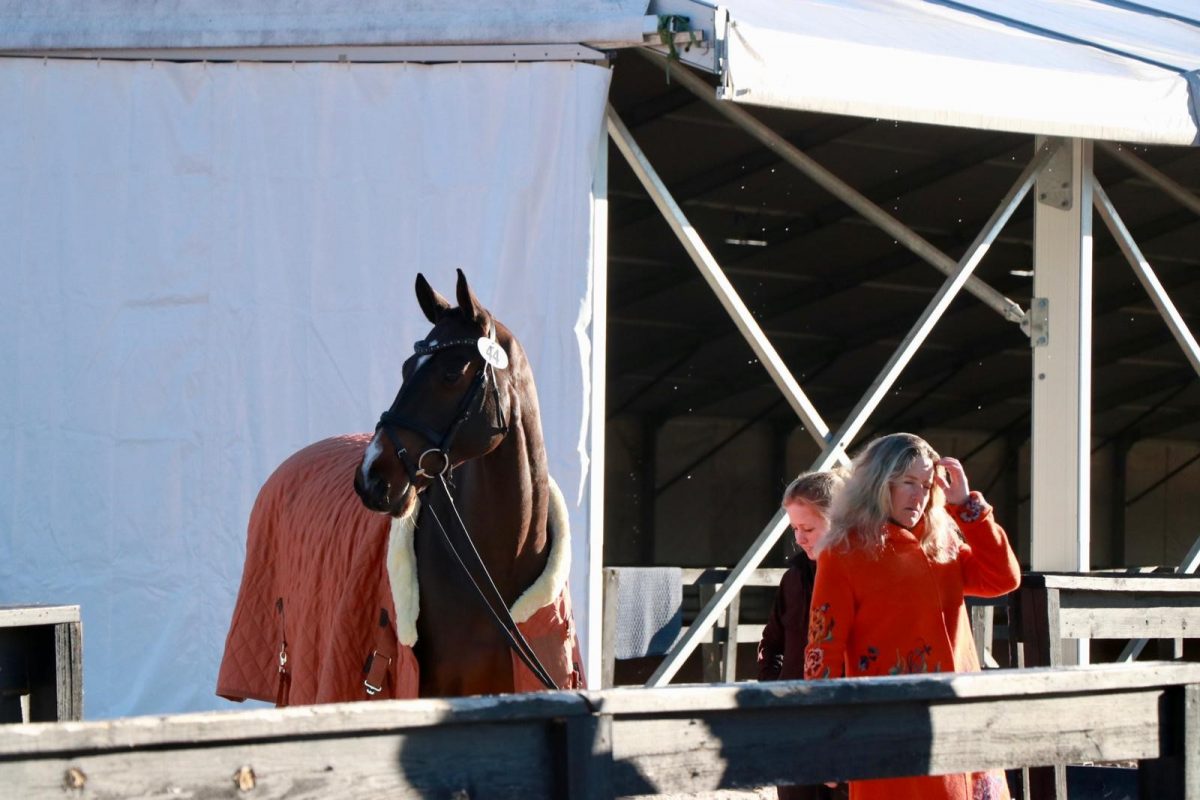 “I’m a very detail-oriented person. The kind of care I like to give is very personal, like how amateurs spend time with their horses, they spend four or five hours at the barn, or like most people do. I like to do that with each and every horse, and it gets hard when there’s as many as we have,” Anna said.

Luckily, Anna has the support of Sharon’s working students to help around the barn. “I really couldn’t do it without the working students we have here: Lea and Olivia. They’re all very, very wonderful and they’re very good about everything,” Anna said.

Anna’s favorite horse around the barn is Claus 63. “He reminds me a lot of myself; he’s very anxious and nervous. But he tries his hardest in everything that he does.”

The best part of Anna’s day is riding her own horse, Little Red Corvette aka Cinder, who she’s had since she hit the ground. They are currently competing at the training level, with the hopes of moving up to preliminary and eventually running a 2* this season.

Their first event back this season was at Rocking Horse and “It was very productive. I went entirely too fast and blew past two fences and a combination, but she was having the time of her life. So it’s okay,” Anna said.

Anna has felt at home since she started working for Sharon and sees herself doing that far into the future.

“There’s no one I can depend on– whether it’s as a boss or a coach– no one who is as invested in her students as Sharon is in all of us,” Anna said.