In 2016, Lauren Billys became the first eventer from Puerto Rico to compete in the Olympics with her longtime partner, Castle Larchfield Purdy, since 1988. It’s been a whirlwind of a cycle since the Rio de Janeiro Games, and now Lauren is preparing to head to Tokyo for her second go at the Olympics with “Purdy”. You can read her reflections from Rio here – and read on for more on how you can support this trailblazing, hardworking woman on her quest for a second Olympics: 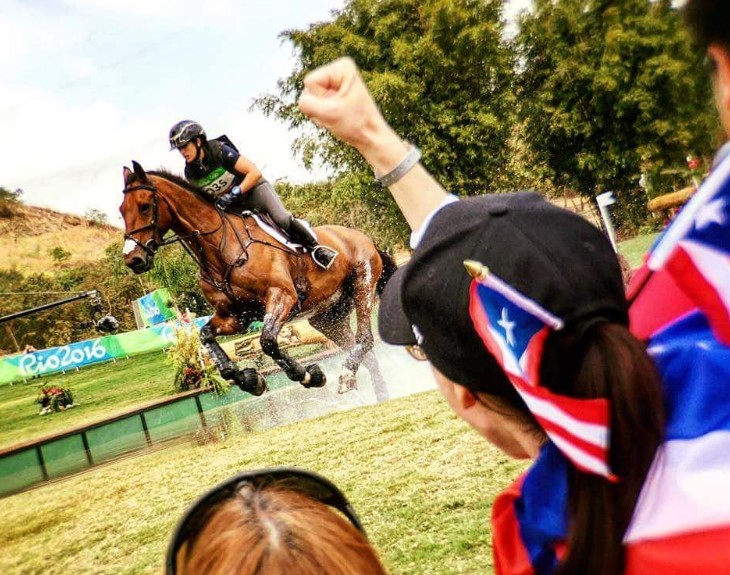 After two years of waiting, the Tokyo Olympics are happening at the end of July and Purdy and I are going! Two years ago, in 2019, I planned the year full of competitions to qualify and win a seat to compete in the 2020 Olympic Games for Puerto Rico. 2019 was a year full of competitive placings and education that firmly planted me as one of the top two individual riders in the Western Hemisphere and secured us a place in the Olympic Games for a second time.

In March of last year when our worlds were rocked, Purdy and I hunkered down for a year of “patience training”. After much anticipation, the Olympics are actually happening this year, and we are just a few short weeks away from leaving on our trip around the world.

On Saturday, June 12 from 5-8pm at Folktale Rose Garden and Barrel Room in Carmel, Ca., we will be hosting a fundraiser to support the upcoming travels for my team. We would love for you to attend with you and all of your friends. The community as a whole is welcome and the event is open to all ages. There will be appetizers, paella, and dessert provided by Jerome’s Market and Chef Todd of Folktale, as well as a cash bar. Music will be played by local country singer/songwriter, Chris Bailey. 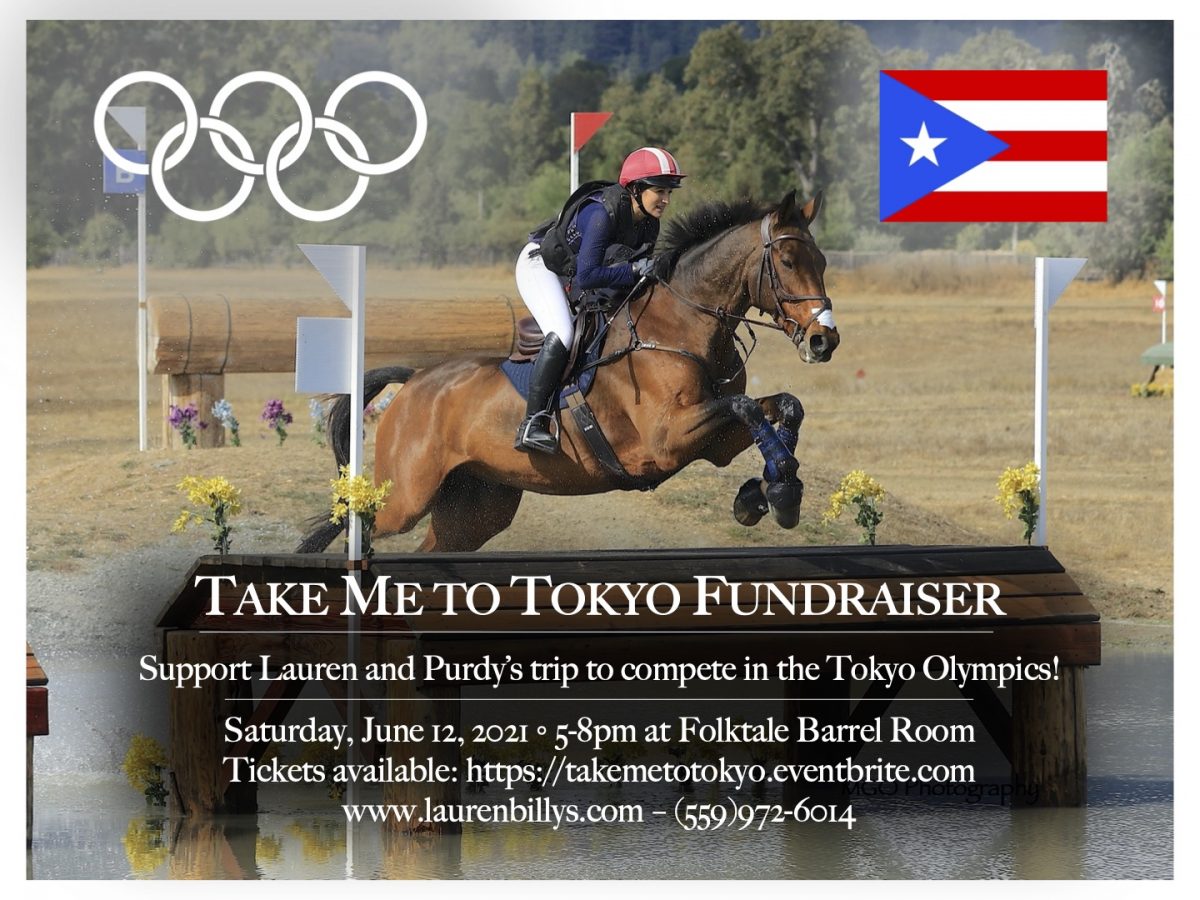 We will be joined by Jessie Deeter, a filmmaker who was most recently was nominated for an Emmy for her production of “The Inventor: Out for Blood in Silicon Valley.” Over the past three years, Jessie and her team have been following female eventing equestrians in pursuit of the Olympic games. She has been creating a documentary about being a woman in the only sport where men and women compete equally vying for a chance on the world’s greatest stage.

Jessie has created a short video about our team’s journey to the Olympics that she will share. There will be a chance for questions and answers with Jessie and me about the process in getting the games as well as an opportunity to financially support the upcoming push to Tokyo.

If you would like to attend the event, please purchase tickets online at https://takemetotokyo.eventbrite.com. If you cannot attend the event but would like to donate, please visit http://laurenbillys.com/fundraiser and click on the donate button. If you are interested in making a tax deductible donation, this opportunity will be available at the event or by contacting me directly for information about how to make these donations.