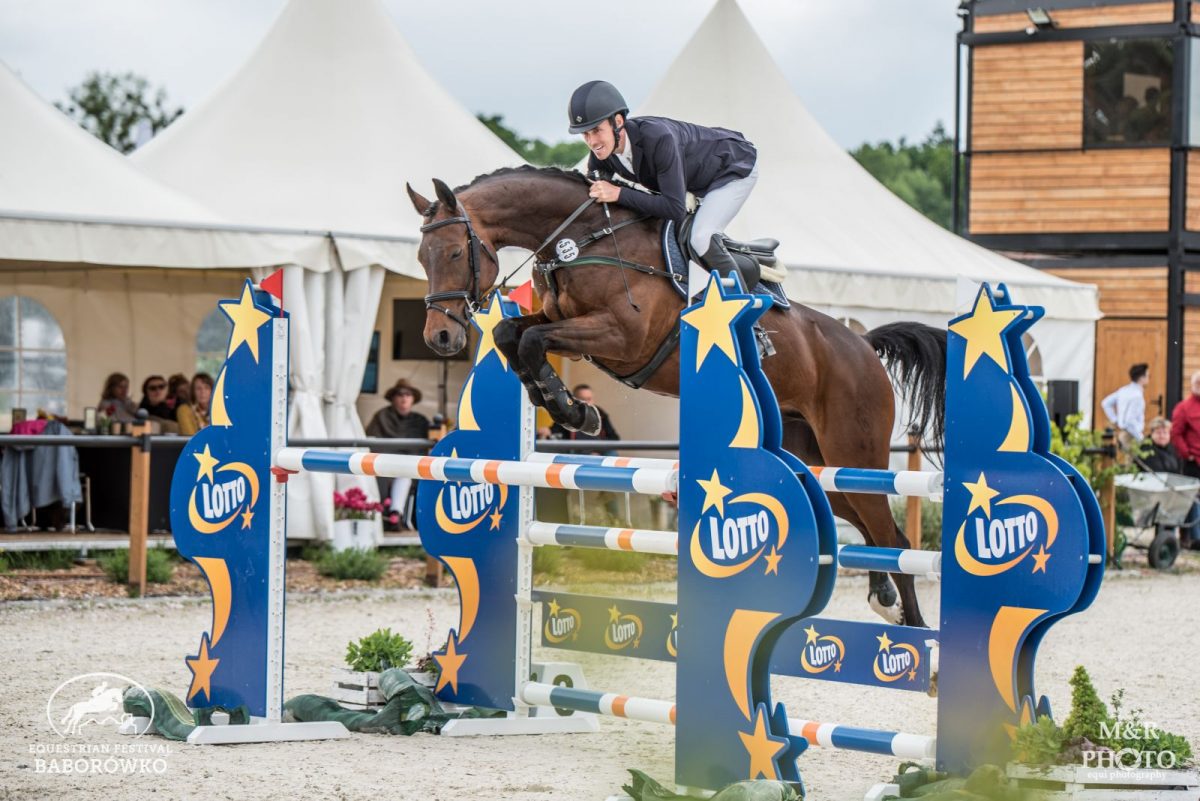 The most prestigious class of Equestrian Festival Baborówko – the CCI4*-S – ended with the victory of Felix Vogg (SUI). His compatriot Nadja Minder was the best in the CCI4*-L.

Sunday’s jumping test in the CCI4*-S, for the prize of the Patron of the Show – Mr. Roman Roszkiewicz – proved to be difficult. In view of the mistakes of the rivals, the leader, Felix Vogg (SUI) aboard the 14-year-old Colero, could afford one knockdown. And it was him that ultimately stood on the highest step of the podium and took home the grand prize of approximately EUR 21,000, with a finishing score of 33.6.

Second place went to Germany’s Michael Jung with Kilcandra Ocean Power. Jerome Robine (GER) did great in the jumping today with Black Ice – adding points for just two seconds over the time meant that the pair went up into third place.

“I’ve been here two times already and the show is evolving really quickly, I’m happy to come back. The biggest challenge was beating the two guys next to me!” – said the smiling winner.

The highest-placed Polish rider was Mateusz Kiempa riding Lassban Radovix, who finished eighth. Only two combinations manager to go clear and in time today – one of them from Poland – Joanna Pawlak and Fantastic Frieda.

In the CCI4*-L, for the trophy of LOTTO, the win belonged to Nadja Minder (SUI) aboard the 15-year-old Toblerone. Belgian Jarno Verwimp jumped up into the second riding Mahalia, and Australia’s Lissa Green topped off the podium with Billy Bandit.

“Today’s course was tough enough, but I made a plan after I watched the other riders and I’m really happy. Showjumping used to be our weak phase, but I think I figured it out now! [Toblerone] is an outstanding eventer and I’m really proud of him. It’s an amazing show here, really professional, warm and welcoming.” – said the winner.

The top three in the CCI3*-S, for the trophy of KUHN Maszyny Rolnicze, belonged to German athletes. Anna Lena Schaaf kept her lead with Lagona OLD until the end. Second place went to Vanessa Bölting with Ready To Go W, and third to Brandon Schäfer-Gehrau with Fraeulein Frieda 10.

Sunday’s cross-country trials ended the rivalry in the CCI2*-S and CCIYH2*-S. In the two-star class, for the trophy of Badix, the best rider was Jerome Robine (GER) with Avatar 42. Home athlete Paweł Warszawski with Lucinda Ex Ani 4 was second, and Amanda Andersson (SWE) with Kokos finished third. The best young horse of the CCIYH2*-S, for the trophy of Stadnina Kunowo, was Tullibards Bennysambassador ridden by Emma Brüssau. Second place went to Jasper Peeters (BEL) with Cadell Z, and third to Sanne de Jong (NED) with Larosaleen W.