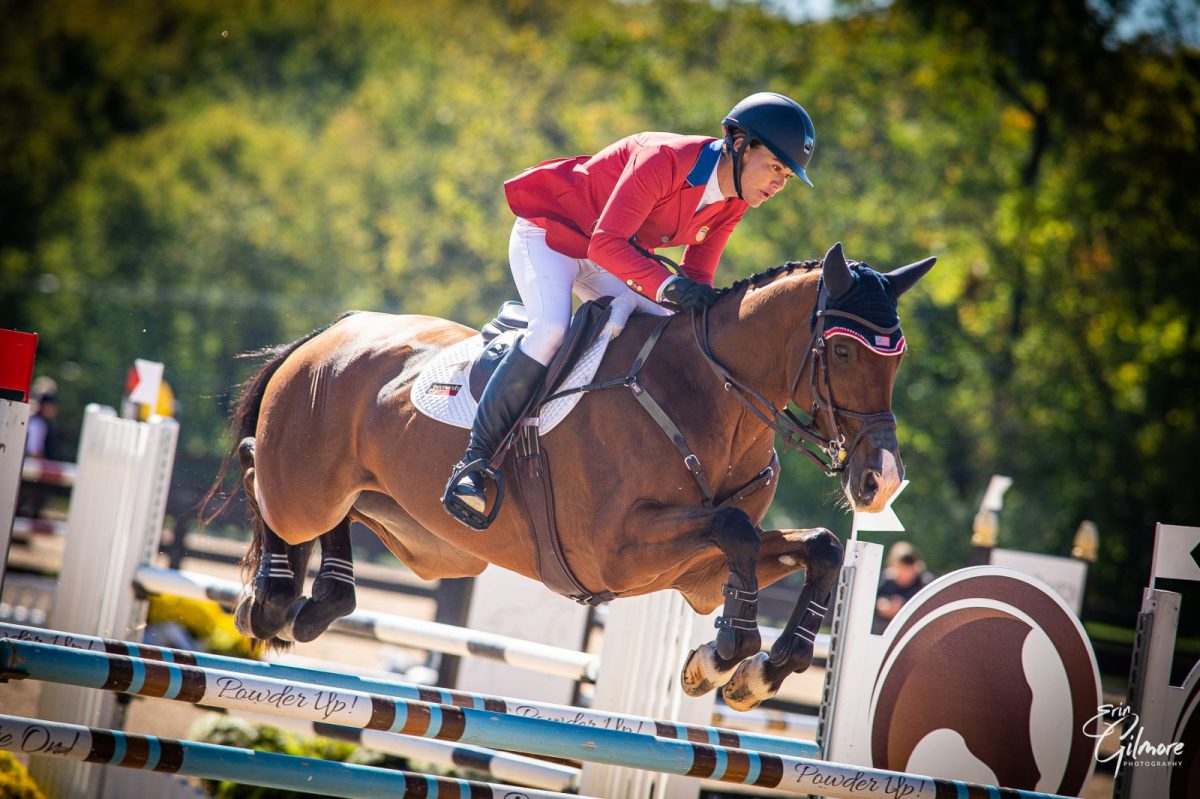 Tamie Smith adds to her collection of accolades with a win in the 4*-L at Morven with Julianne Guariglia’s Solaguayre California. Photo by Erin Gilmore Photography.

Smith and Solaguayre California, owned by Julianne Guariglia and David Guariglia, came into Sunday’s show jumping phase in the lead on a score of 29.7, and a clear effort over the Chris Barnard-designed track cemented their victory. Will Coleman on Hyperion Stud’s Chin Tonic HS and Mia Farley aboard David O’Connor’s Phelps both also held their post-cross-country positions, with Coleman adding just 0.4 time penalties to his score to finish in second place on a 32.6. As one of only three double-clear efforts during the cross-country phase, Farley and Phelps finished on their dressage score of 34.4 to take third. 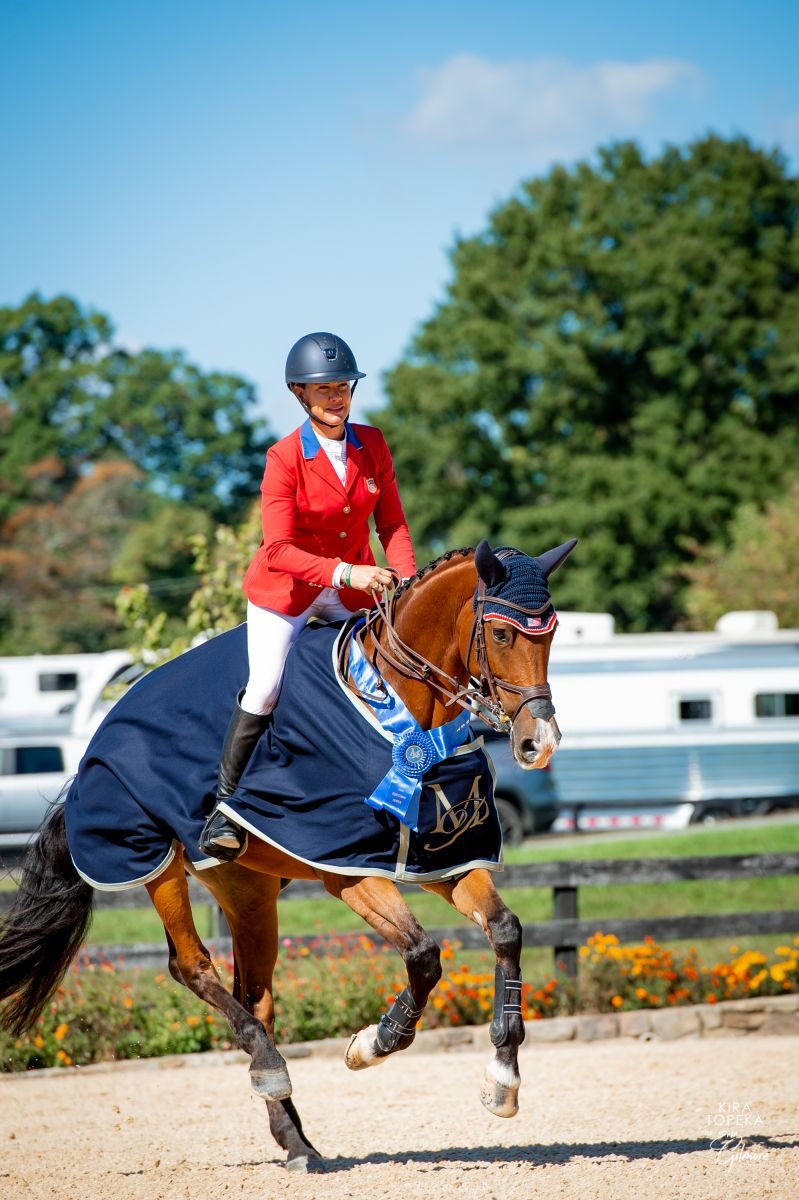 “I’m thrilled with [Solaguayre California]. To end on a sub-30 score is a brilliant result, so I’m very happy,” said Smith. “I loved it [here at Morven Park]. It’s such an amazing venue. We need to hype this up and make it be exactly what it already is, a super unique and special venue for our country. I’m so glad I came.”

Bred and trained at Haras Solaguayre in Argentina, Solaguayre California has been partnered with Smith for two and a half years, during which time Smith has been carefully producing and bringing the now 9-year-old Holsteiner mare up through the ranks.

“It’s just really cool to be producing her because she was just barely starting to move up to Prelim when I got her,” said Smith. “It’s been really fun. It’s so awesome, especially with a mare. They take another element of trust, and she’s just got something really special and exciting about her. “I’m just grateful to David, Donna and Julie Guariglia who own her and support me. We had a little bit of a rough start. I broke my ankle when I fell off of her at the beginning of the year, and then it just seemed to shake her confidence. To end it on a win at Morven in the four long is just icing on the cake. It’s always great to have owners, but having the owners that stick by you through the ups and downs is what is really special.” 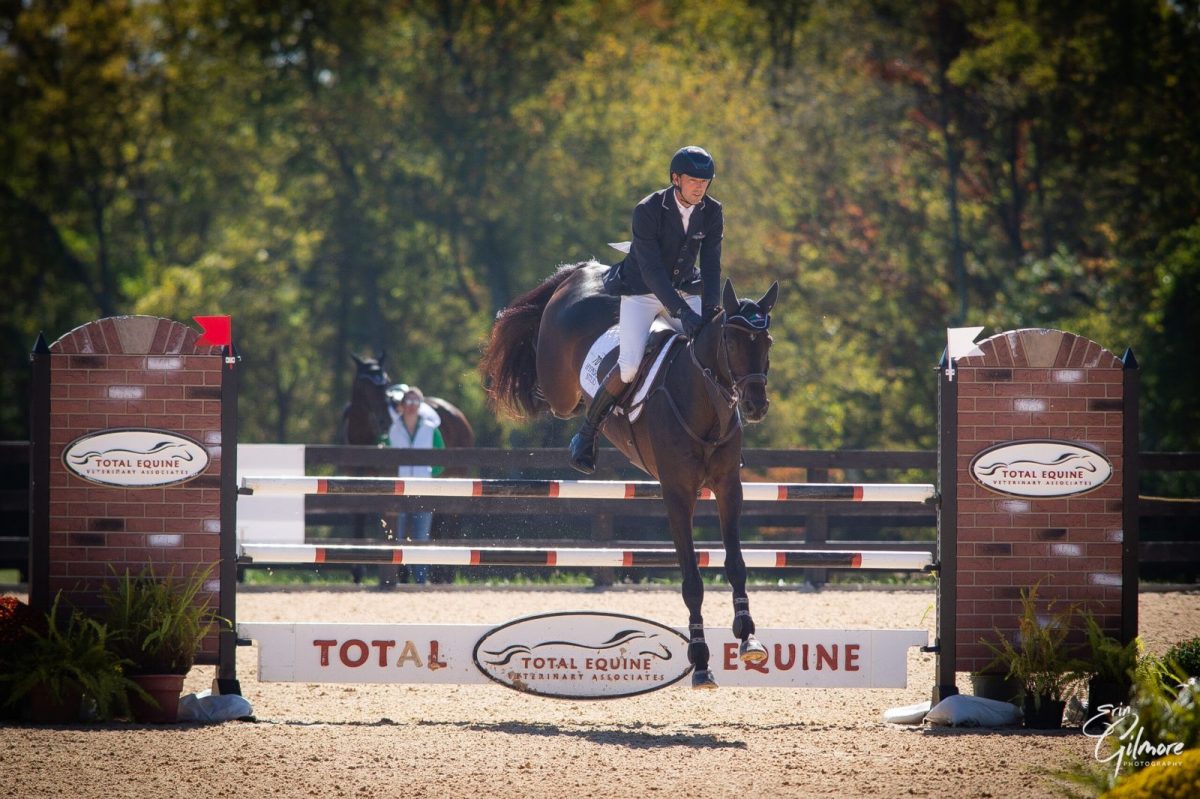 Will Coleman and Chin Tonic HS caps off a banner year for the promising Hyperion Stud-owned gelding. Photo by Erin Gilmore Photography.

For Coleman, his partnership with the now 10-year-old Chin Tonic HS started eight years ago.

“Vicky [Castegren of Hyperion Stud] has owned this horse since he was 2 years old,” said Coleman. “We’ve had him together since the very beginning, and it’s been really cool. He’s obviously a really cool horse to develop, but all thanks to Vicky and Hyperion Stud. [Chin Tonic HS] felt very good. I would say none the worse. He had plenty of energy. I wish maybe yesterday had taken a little more out of him! He was pretty fresh.”

Coleman continued, “I’ve been coming to Morven Park for 15 or 20 years. It’s great to see this new iteration of it. It’s obviously a really special place, but I think it has a bright future – in our sport, particularly, but in all horse sports. I think for this area to hold on to their equestrian heritage is a great thing.”

Third-place finisher Farley, who hails from California, concluded, “I’ve always loved Morven. Coming from the West, it’s always been a show that I kept an eye on. Finishing third here behind Will and Tammy just feels amazing.” 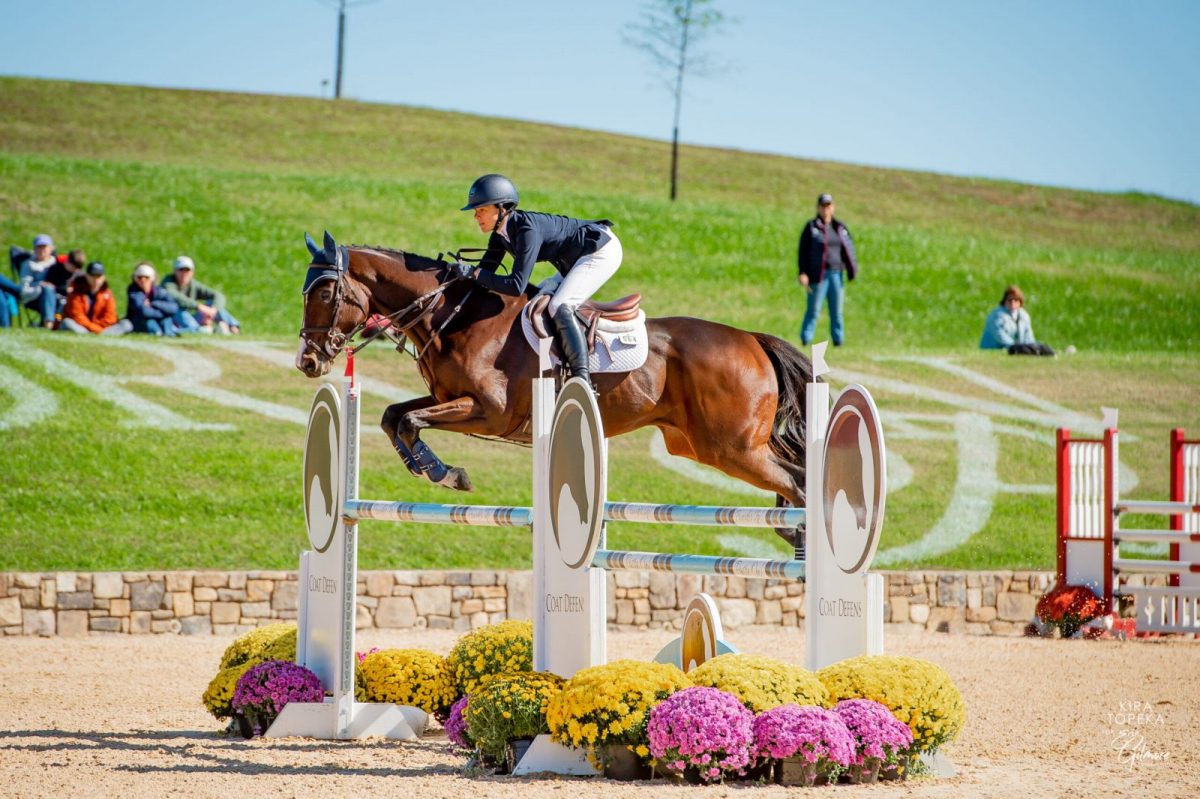 Earning the distinction of being the highest-placed U25 rider in the CCI4* and CCI3* divisions was 21-year-old Cosby Green who topped the CCI4*-S aboard Copper Beach.

In addition to the conclusion of the CCI4*-L, Sunday also marked the final day of competition for the Preliminary, Training and Novice divisions.