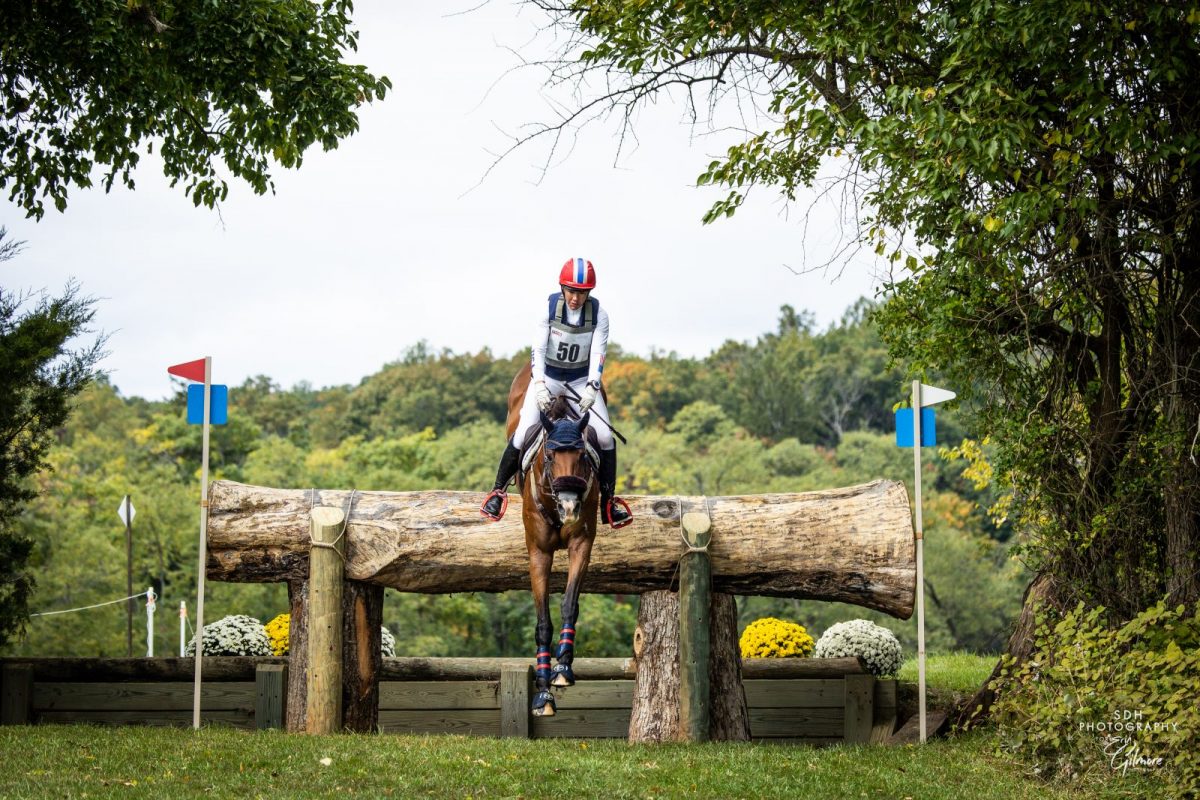 Tamie Smith and Julianne Guariglia’s Solaguayre California step up to take the lead in the 4*-L. Photo by Erin Gilmore Photography.

Cross-country shook up the CCI4*-L leaderboard on Saturday at the Morven Park Fall International CCI & Horse Trials, with Pratoni silver medalist Tamie Smith and Solaguayre California now sitting in the lead with a score of 29.7 heading into the third and final day.

Fellow Team USA member Will Coleman and Chin Tonic HS currently hold second place with a score of 32.2, and as one of only three double-clear efforts, Mia Farley and Phelps made the biggest leap up the leaderboard, moving from 15th to third on a score of 34.4.

“My horses were awesome,” said Smith, who has been partnered with Solaguayre California, an 11-year-old Holsteiner mare owned by Julianne Guarliglia, for a little over two years. “California was the first out, which is good practice since it throws in another element to the whole mix because you don’t get to know how the course is riding. [California] is such an athlete and just jumped around and was fast. I was super pleased with her. She’s a fighter, and she wants to do it. I think today was a lot about our partnership and her trusting me. It was awesome that she read all the jumps and jumped in.” 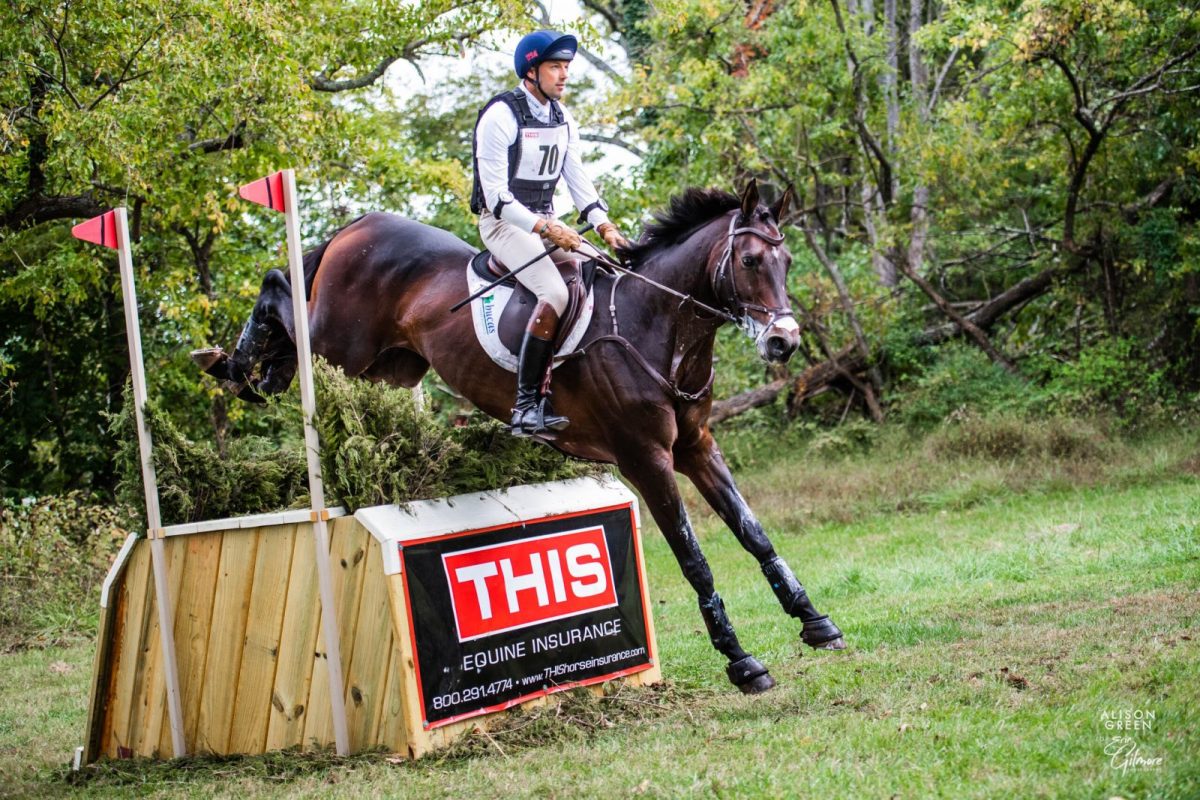 For the second year in a row, the track for the CCI4*-L was set by renowned course designer Derek di Grazia, and it once again posed many challenging questions across Morven Park’s varied terrain.

One rider, Joe Meyer, was taken to the hospital and is currently being monitored and treated for broken ribs and a small laceration on his liver after falling with Harbin on the 4*-L course. Harbin is reported to be ok after the fall.

“It was hard!” said Smith of the course. “It rode like a typical Derek di Grazia track where everything looks really readable and right there, and then you get out there and it’s a lot harder than it seems.”

Smith continued, “What Derek has done, which I think is masterful, is created combinations in which you’re not sure what the stride’s going to be. You can’t anticipate how they’re going to react to something like the Leaf Pit. They jump down, and you might end up too big. So, I think what’s really cool about the course is it really helps riders have to dig into that instinct of riding. I think there was a fair bit of trouble out there today.”

Friday’s frontrunners, Sharon White and Claus 63, were one of the nine combinations who ran into trouble on course, with an unfortunate fall at the Devoucoux Frog Pond eliminating them and opening the door for Coleman and Hyperion Stud’s Chin Tonic HS to move into second.

“It’s a great course,” said Coleman. “Derek has built something that’s going to help us develop five-star horses in this country. I feel like that’s something we were lacking at the four-star level. It’s really nice to have this place and a course like that for our future horses. [The questions asked] used the terrain really well and gave the horse a wonderful education.” 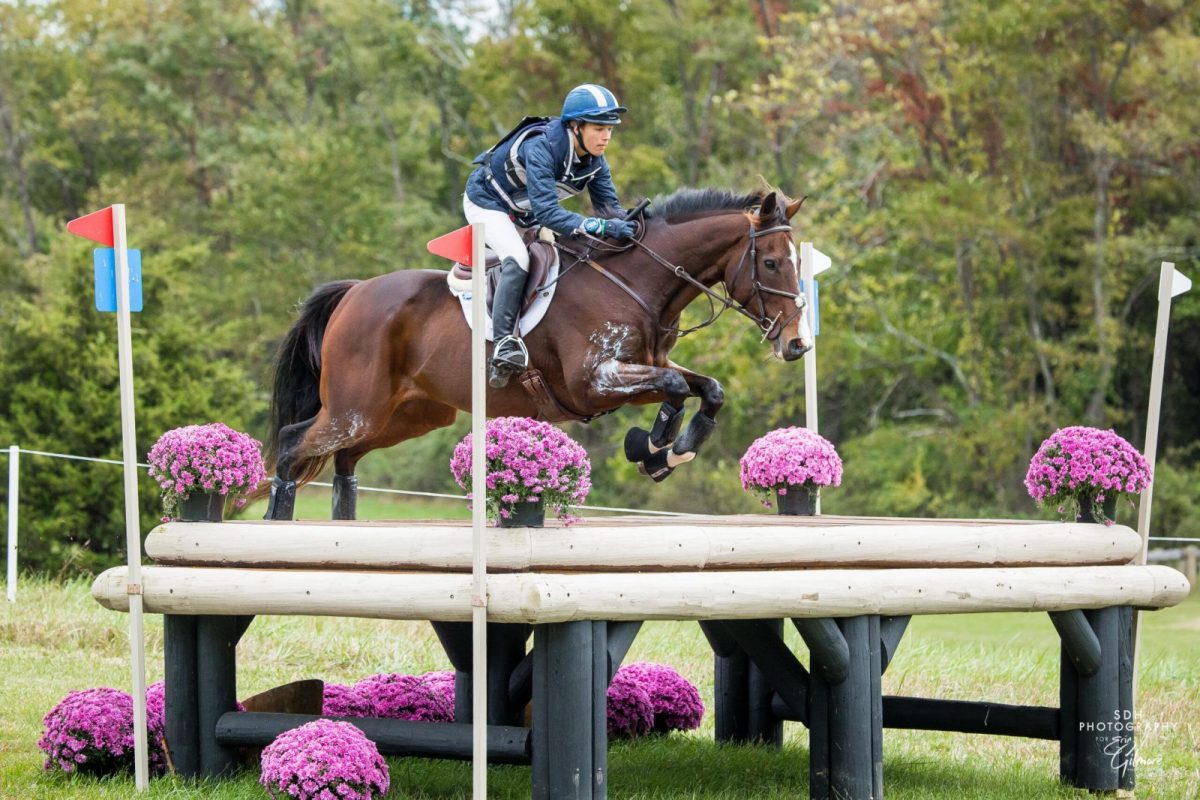 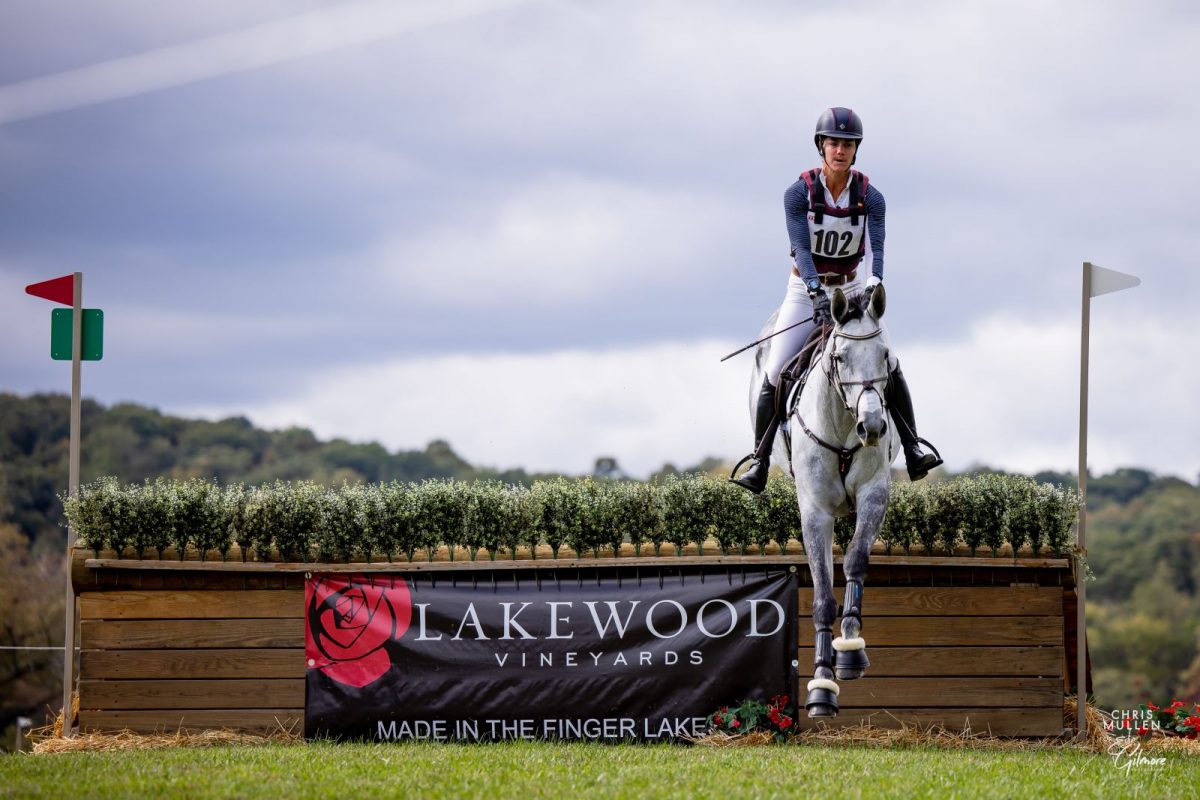 “I thought it rode really well for the horses that were able to see everything and understand it,” said Farley, who has been partnered with Phelps since the 9-year-old Thoroughbred gelding was 4. “There were turns to help me set him up. He was wonderful. He went around really well. He’s such an underdog. I just feel like I’ve been along for the ride with him. He’s been great to be with.”

Finishing in second place in the CCI2*YH-S were Julie Wolfert and Namibia with a score of 32.4, and Sara Schulman and Cooly Chromatic’s score of 33.1 earned them the third-place prize. 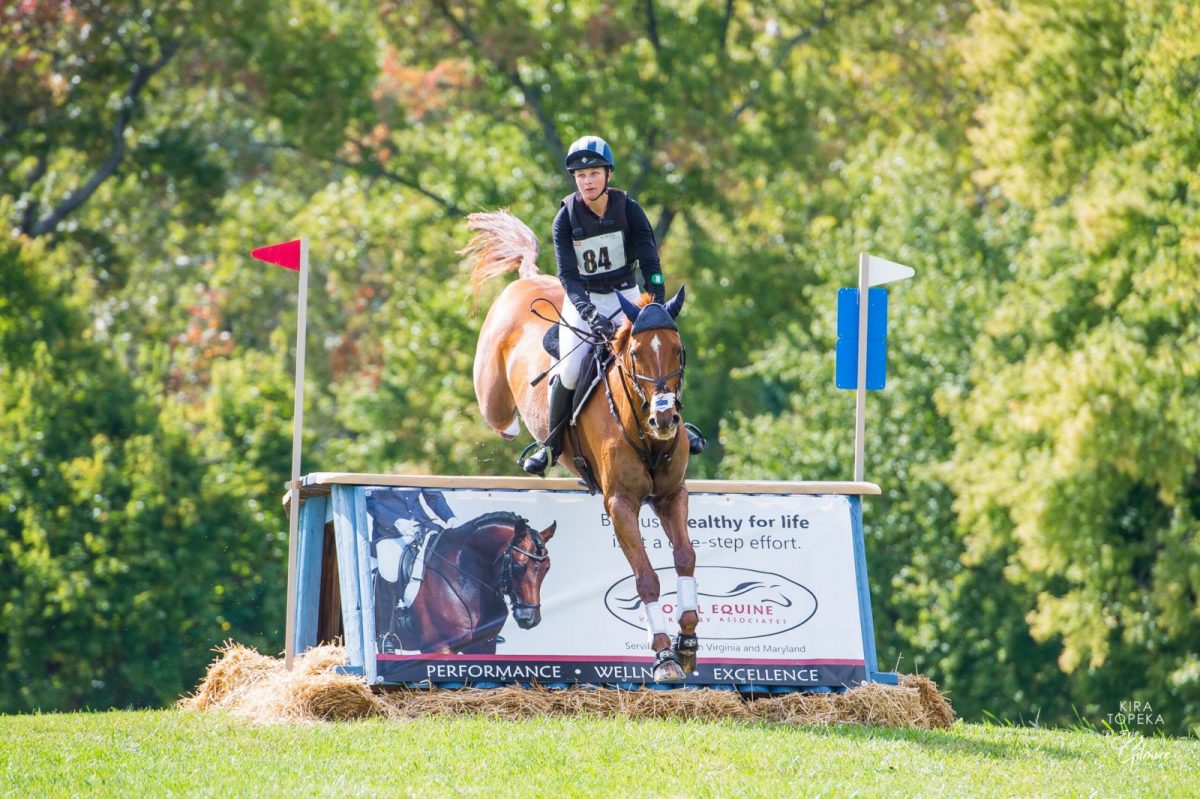 Cosby Green and Copper Beach take the 4*-S victory, moving up after starting the weekend in seventh. Photo by Erin Gilmore Photography.

Cosby Green climbed the rankings in the CCI4*-S to earn the winning title with Copper Beach, owned by Bel Mar Farm. The duo finished on a score of 45.8, followed by Julie Wolfert and SSH Playboy who placed second on a score 50.6. Bruce Davidson Jr. and Electric claimed third place on a score of 52.1

Lucienne Bellissimo had just two time faults during cross-country with Horse Scout Eventing LLC’s Dyri to capture the CCI3*-S championship, finishing with a score of 28.2, Hannah Sue Hollberg and Carsonstown finished just a fraction over the time for second place on a score of 31.0. Cosby Green and Jos UFO De Quidam’s score of 31.9 took home the third-place honors.

Tamie Smith continued her top performances for the week with Kynan, owned by the Kynan Syndicate. They led the CCI2*-S from start to finish to win the division by finishing on their dressage score of 24.4. Matthew Brown and Riverview Starboy also finished on their dressage score of 24.9 to place second, while Ariel Grald and Diara were also clear through each phase for the third-place award with a score of 27.4.

The CCI4*-L continues with the final horse inspection on Sunday at 8:30 a.m. and show jumping at 10 a.m.

Enjoy a few social snippets from Morven Park so far: