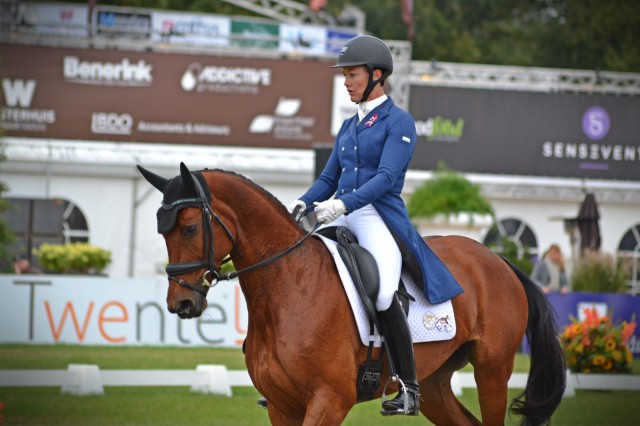 Tamie Smith announced this morning that her three-star mount Twizted Syster has been sold to the UK as a new ride for Rafael Losano, a 19-year-old Brazilian eventer who works for Mark Todd.

“It is not without sadness to be saying farewell to one of the most talented horses I have ever ridden,” Tamie said on the Next Level Eventing Facebook page. “She has the biggest heart and the sweetest personality. It makes it easier to leave seeing how happy she was in England, the best she’s ever felt, and I will miss her more than words.”

Tamie originally took the ride on Twizted Syster, a 10-year-old Irish Sport Horse mare, in 2013 when Heather Morris discovered that the mare suffered from severe allergies at her former base in Texas. “Chloe” moved to California, where her allergies were a non-issue, and the Twizted Syster LLC Syndicate officially acquired the mare in October 2014. 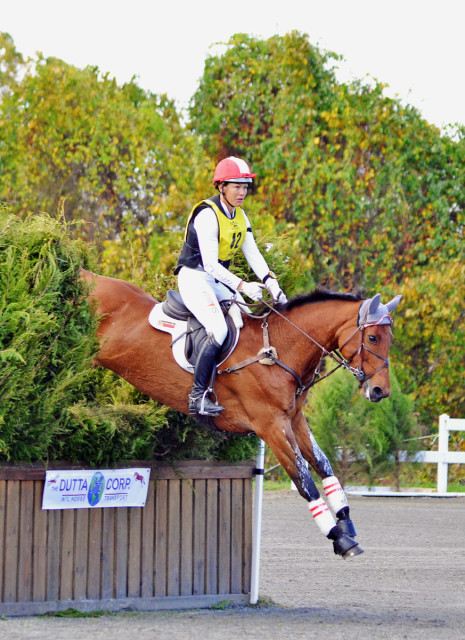 Tamie and Chloe enjoyed top placings at the CIC2*, CCI2* and CIC3* levels during their partnership together, included placing second in the Rebecca Farm CCI2* and fifth in the Dutta Corp Fair Hill International CCI2* in 2014.

Chloe placed 10th this season at the Rebecca Farm CIC3* before heading to the UK in August for Tamie’s European tour. She most recently finished fourth in the CIC2* at Gatcombe Park last month and also competed at Blenheim and Boekelo.

Rafael Losano moved from Brazil to the UK last year and has successfully competed his top mount Glock Pullman through the two-star level, most recently finishing sixth in the CCIY2* at Houghton Hall in May.

U.S. readers might have spotted Rafael and Glock Pullman in Florida last year when they competed at the Rocking Horse Spring Horse Trials and the Ocala Horse Properties International Three-Day Festival of Eventing on their way from Brazil to the UK.

We wish Rafael and Chloe the best of luck in their new partnership together.