Taylor Greene, from Nipomo, California unexpectedly found herself grooming for Tamie Smith in Europe at Aachen and Boekelo in the fall of 2021. Follow along as we learn about her journey! 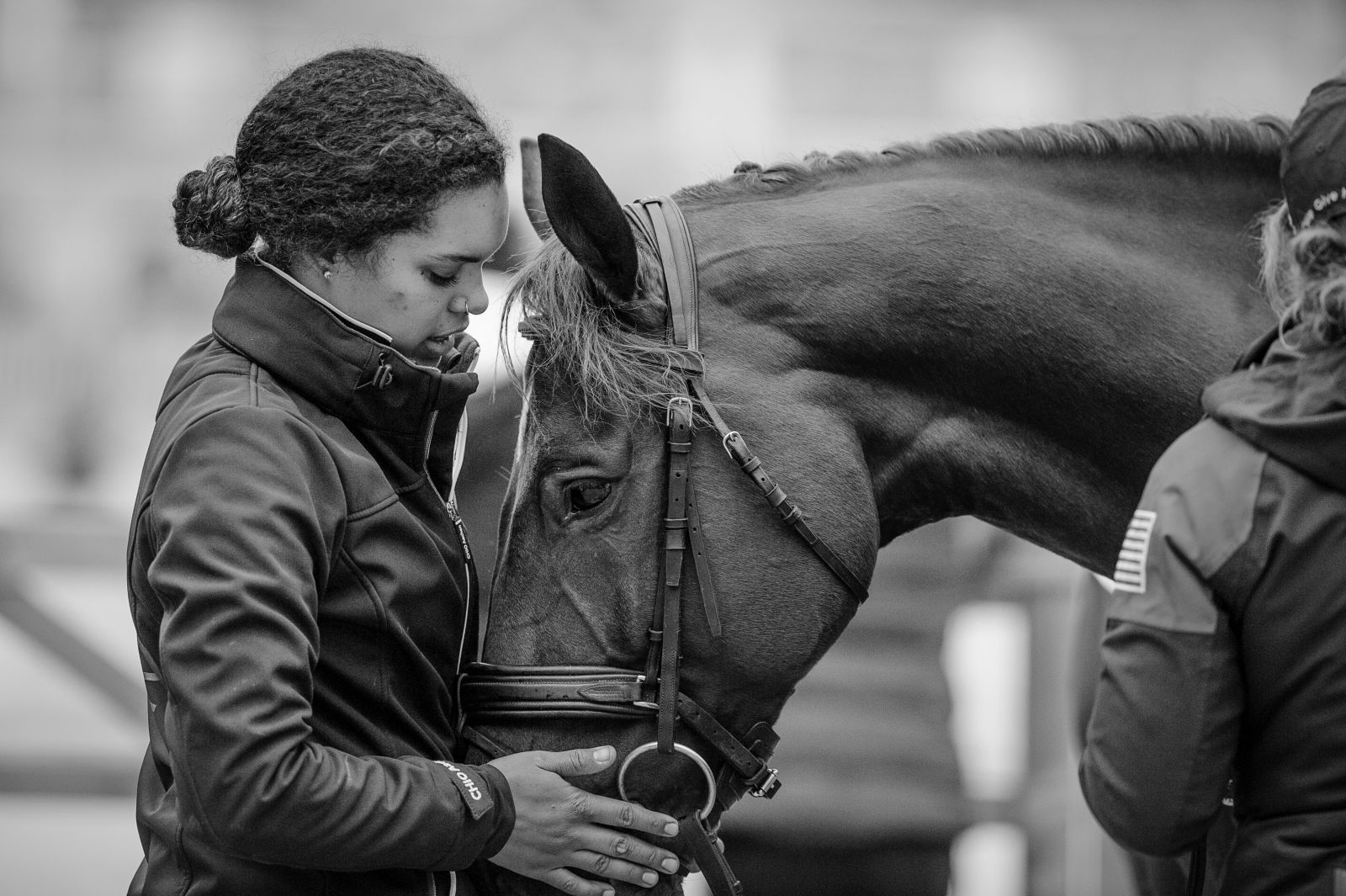 Originally, grooming wasn’t exactly at the top of Taylor’s list. She was working for a hunter jumper trainer in San Luis Obispo, Ca., but her parents met Tamie at an event since they are photographers for most of the events on the Central Coast through the always popular Marcus Greene Outdoor Photography. “When [Tamie] had posted that she was looking for somebody, my mom had asked me and I was like, ‘no I like the situation I’m in now!'”

Tamie posted seeking a groom again, and after some convincing, Taylor gave it a shot. She felt she had the base of knowledge she’d need for the job at hand through her riding and experience in other disciplines. “I feel like I have learned a lot from riding with her even though eventing isn’t my discipline,” she said.”

Taylor started by helping Tamie, then switched to helping Kaylawna Smith-Cook, Tamie’s daughter. One week, Taylor found herself working fully for Tamie, and a few weeks later, Tamie asked her to travel to Europe and be her groom there. “How do you really say no to all of that?” Taylor said. “So I was just like, ‘okay!’”

When Tamie went back to the U.S. for a few events during the Euro Tour, Taylor enjoyed staying with the horses — the Ahearn family and Eric Markell’s Mai Baum, Ruth Bley’s Danito and Julianna Guariglia’s Solaguayre California — in Europe. “I was able to lesson with Johann Hinnemann and really work on dressage,” she recalled. “And I was able to learn so much more about riding because she was gone and I had to ride the horses.”

Grooming in Europe did come with some challenges for Taylor. “I’m kind of a perfectionist, which is very hard to be when I’m trying to learn how to do something,” she explained. “So because I’ve never groomed before, I’m learning how Tamie likes everything done and just how to time manage everything. With those horses, there’s the physio and in Germany I put them on the treadmill daily or twice a day, and then there was the riding and the evening physio. I think just trying to make everything perfect and being the best that I could be was probably the most challenging.”

Taylor got a system going when she groomed for Tamie, with her Notes app on her phone quickly becoming her best friend for keeping track of tasks and staying organized. Taylor would write everything she needed to do in her Notes app and plan out her day from there.

“Whatever the ride time would be, I would have them ready ten minutes before she wanted to be on,” she explained. “I’d start getting ready 45 minutes before that just in case we needed to do a tack swap or something didn’t fit properly or something broke, or I got caught up doing something else.”

After the whirlwind tour and crash course in becoming an eventing groom, Taylor has since returned home and is focusing on her own riding. She has four horses of her own, which makes it difficult to be a full-time groom. She grooms for riders sometimes, and she recently helped her hunter jumper friend at a show. Going forward, Taylor wants to focus on her own four horses, and says she wants to “maybe pursue a different career, but always stay riding.”