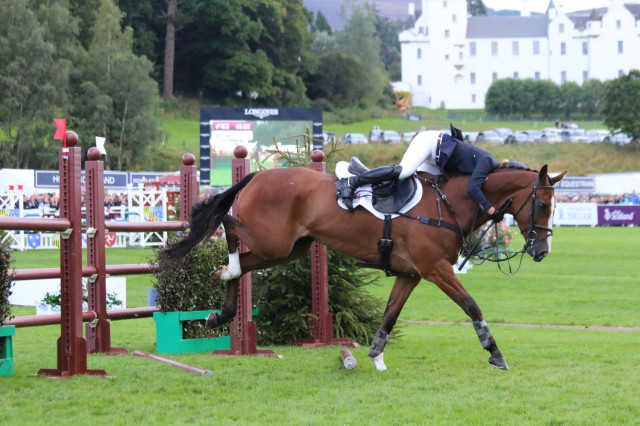 Nicola Wilson and One Two Many avoid near disaster for Team GBR! Photo by Samantha Clark.

The morning session of show-jumping has just wrapped up, the top 25 will jump this afternoon starting at 2:05pm GB time, and with the German team in an almost unassailable lead (they’d need to have eleven jumps down between them) we’re all wondering who’ll take silver and bronze, and who’ll nab the two available qualifications for Rio next year. 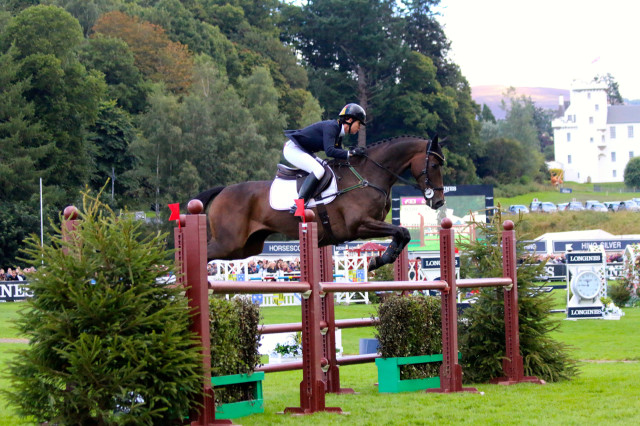 Team GB are currently lying in the silver medal position, but after their anchor William Fox-Pitt retired Bay My Hero on course yesterday they can’t afford to lose anyone else, and then the unthinkable almost happened…! Nicola Wilson said the distance from the treble to the oxer at seven had been riding tight all morning, and she completely blamed herself when she got it absolutely wrong on One Two Many and they ploughed through it. Luckily ‘Coco’ waited with his head up while she reorganised herself and got back in the saddle and they jumped an astounding clear the rest of round – way to recover! 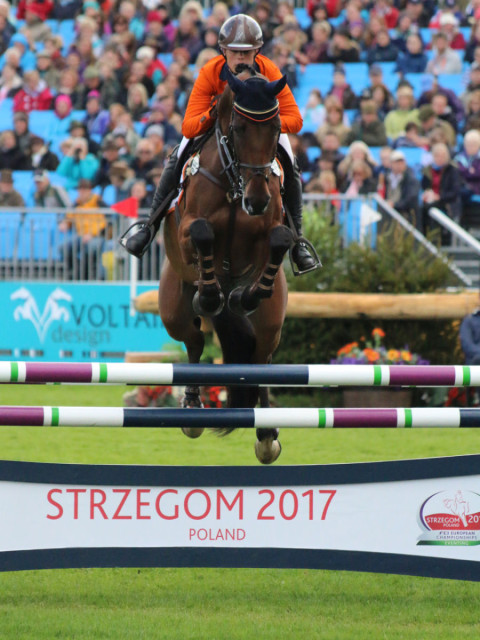 Merel Blom (NED) and Rumor Has It jump clear. Photo by Samantha Clark.

Bettina Hoy was the first of our five clear rounds on Designer 10. The other four came from Merel Blom and Rumor Has it for the Netherlands, Juco CP and Carlos Diaz Fernandez for Spain, Joris Vanspringel for Belgium and Patrizia Attinger on Raumalpha for Switzerland. 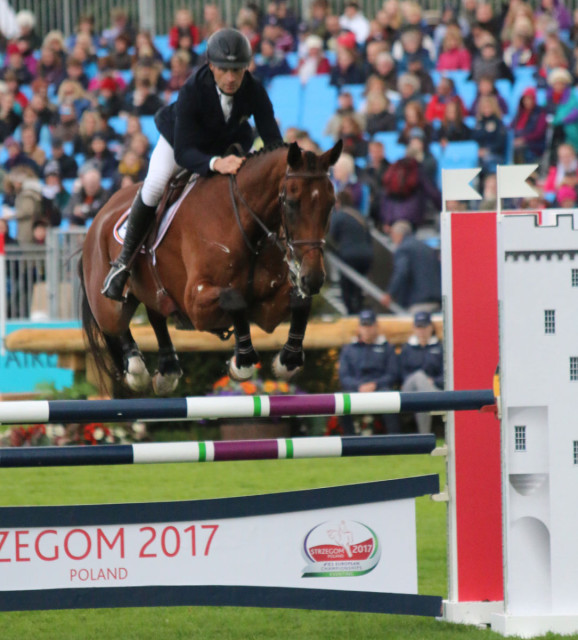 Fence number 2, the Red English Post Box upright rails came down five times. Niklas Lindback and Cendrillon had a stop at fence 3, the oxer four strides later, as did Cristina Pinedo Sendagorta on Helena XII who stopped there a second time, resulting in elimination. 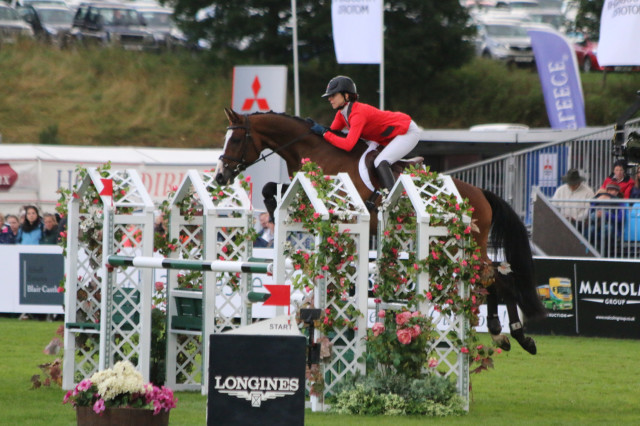 The brown oxer jumping into the crowds where Nicola had her trouble came down four times, and general consensus among the few riders I talked to was that the course is not huge but technical. The time has not been hard to make, and there is an option to go around or inside the penultimate fence on your way to fence 5 depending on the turn you want to take. It is cold today but at least it’s not raining, yet. 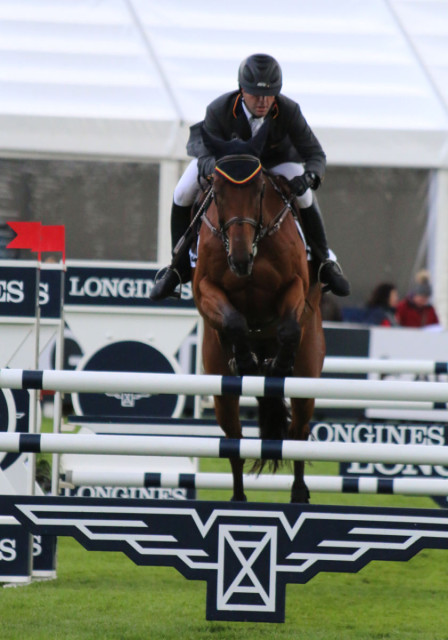 We’ll be back with the final session of show-jumping from the European Championships at Blair Castle. Go Eventing!