On the morning of Feb. 14 — Valentine’s Day — severe weather moved through the area of Houston, Texas, with five tornadoes touching down between 8 a.m. and 8:45 a.m, according to the National Weather Service. One of these tornadoes tore through the property of Alayna Gnagy, an Area V eventer, destroying her home and damaging her barn and fencing.

Fortunately, Alayna had safely tucked her horses and donkey inside the barn before leaving for work that day, which may have ultimately saved their lives and kept them from harm. While the barn sustained damage, the horses weathered the storm safely. Alayna’s home, however, was not so lucky. The roof was torn off the house, somehow leaving Alayna’s dog “Jake From State Farm” unscathed inside. 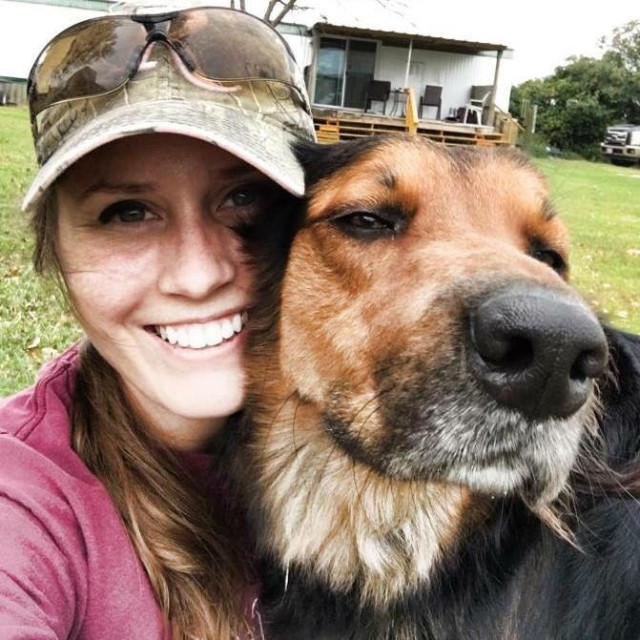 Alayna’s dog, Jack From State Farm, was thankfully uninjured in the tornado.

Alayna’s good friend Alyssa Walker explained the damage. “She is left with a ton of damage to her property, including downed pasture fences, debris littered everywhere, damage to the barn and her horse trailer and most importantly, no house or roof over her and her boyfriend’s head.”

The damage to the home — considered a total loss — is not covered by insurance. 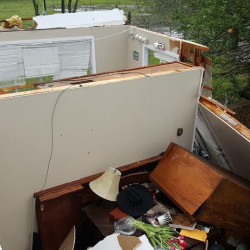 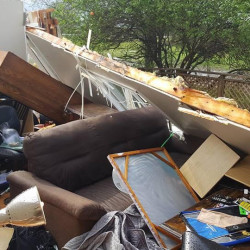 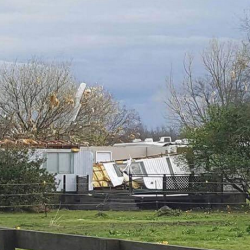 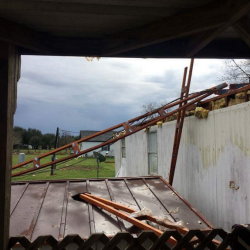 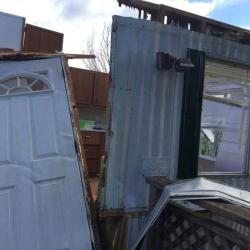 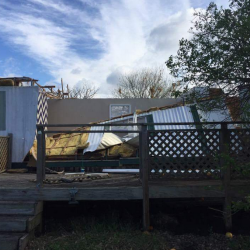 Alayna competes her horse When Hoofbeats Echo at Training level at horse trials throughout Texas. A highlight of their partnership was competing at the 2015 Nutrena USEA American Eventing Championships.

“Alayna took a $300 barely broke rescue horse and brought him up the levels of eventing,” Alyssa said. “She is a tough woman but I can’t even fathom the amount of stress she is under trying to get her life under control with nowhere to call home.

“Alayna is a humble person who does not ask for help on her own, but she is the first person to step up when someone else is needing.”

If you would like to assist Alayna in rebuilding her home and her property, please visit the YouCaring page set up in her name. The estimated cost for demolition of the existing home is $2,700. Any other funds raised will go towards a down payment to rebuild a new house.

Needville Feed and Supply also has an account in Alayna’s name for feed donations and fencing supplies.

Our thoughts are with Alayna and other families affected by the Valentine’s Day storms in Houston.