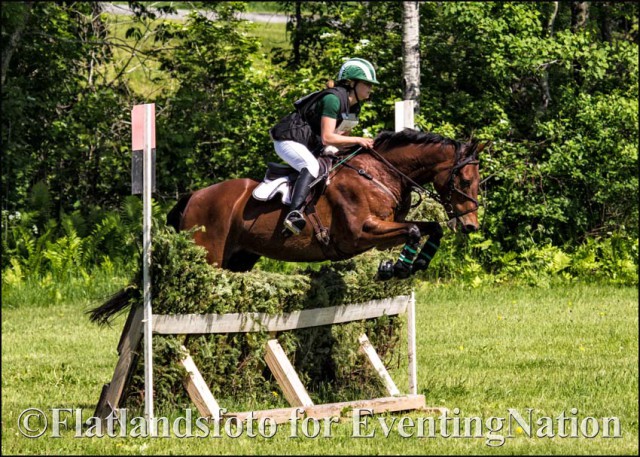 This past weekend was GMHA’s annual Spring Horse Trials, and we could not have asked for a more pleasant weekend. After several days of pouring rain and a gloomy atmosphere, the sun finally made its appearance just in the nick of time. Area 1 lucked out with mild but sunny temperatures and dry conditions.

GMHA has been a staple in my eventing career, as I started competing at this event when I was a teenager. There’s something so comforting and familiar about competing at a venue you are already acquainted with. 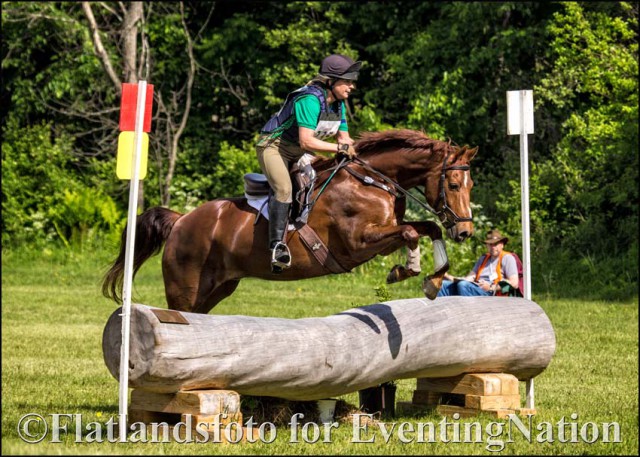 Don’t get me wrong, there’s still plenty of pressure one feels before entering the show jump ring or heading into the start box, but the overall familiarity of the event somehow offers a sense of security.

I’m always fascinated by the seemingly ironic and unfortunate timing of getting sick right around the time of a big event. What’s up with that? I think the event gods were punishing me by testing my strength and commitment to this sport under less than desirable conditions. 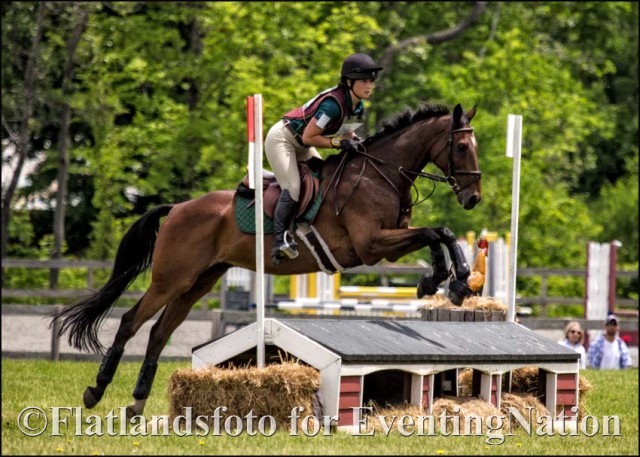 My ears were popping, my throat was on fire, and my head felt like a ticking bomb under pressure. But I’m an event rider, and event riders show up and ride whether there’s rain, shine, sleet, or miserable colds holding you back. Even my 4 a.m. wakeup call both mornings didn’t stop me from loading Vin on the trailer.

This was my fourth Prelim with Vinnie, and I could not have been more ecstatic on Sunday. Dressage was decent, show jumping was spectacular and cross country was amazing.

I am still very new to this level, and I found the Prelim cross country course pretty challenging, even though it rode really w 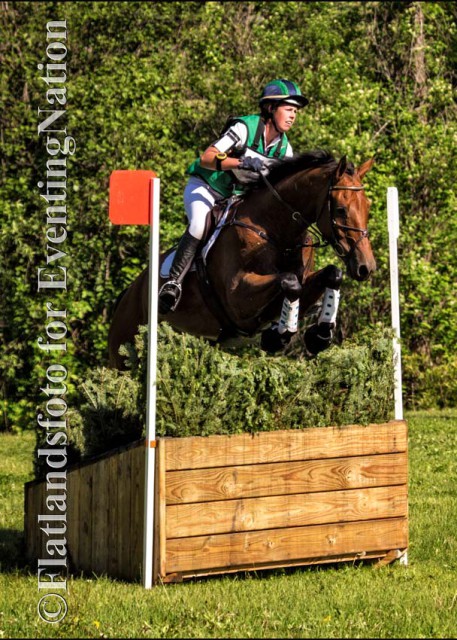 ll for us. Fence 4AB was a difficult question that caught some horses and riders off guard, starting with a skinny in a dark lit area in the tree line, then downhill five strides to a skinny brush.

Some riders said they had some difficulty with the log drop into water followed by a skinny wedge off a left hand turn out of the water. Overall, though, there were tons of smiling faces crossing the finish line.

Lucky for us, Joan Davis, from Flatandsfoto was there to catch all the action on camera. Thank you Joan Davis/Flatlandsfoto, GMHA, and all the volunteers who helped make this event possible!