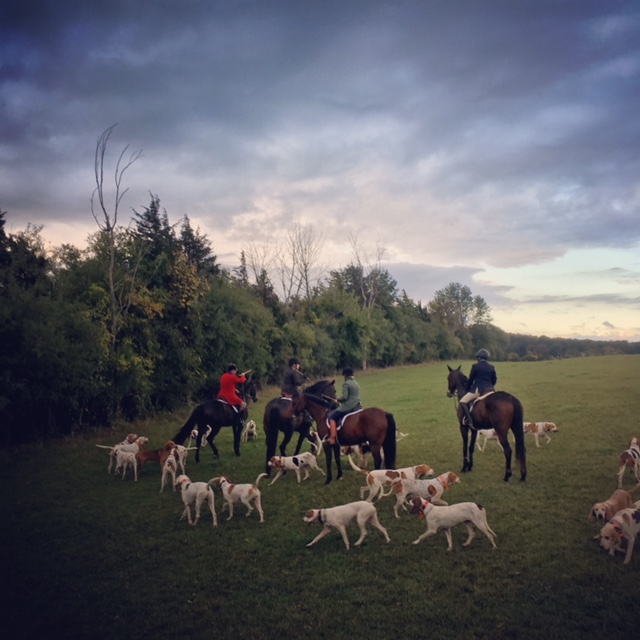 Having a Madison Avenue fashion industry background coupled with a lifelong love of horses, one very big item that’s always been on my bucket list is to join the hunt. More than wanting to check off any box for successfully competing at some specific level at any number of the disciplines I’ve dabbled in, something about riding with the hunt was both exhilarating and terrifying to daredevil me, and I swore that one day I’d experience it myself.

It all started years ago when my high stress performance anxiety OTTB Sky crashed and burned in just about every discipline we tried. Show jumpers at home was a huge success! At shows? We couldn’t get around more than a 3’ course and even that was a challenge that took years to accomplish. Hunters? Our attempts were laughable. Eventing? That was my first love originally, and so we eventually — against all odds — tried that.

Schooling was masterful. Starter was so easy he barely tried, Beginner Novice was a marginal effort at best, and we ended our day schooling over Novice with ease that made riding fun and my horse seem (finally) like an easy ride. But the show a week later, over the lower levels (not Novice!), was a disaster. I had even brought my tried-and-true eventer Clydesdale cross to compete first so that I went into the ride calm and with confidence.

Coming off the schooling prep, I was looking forward to our first truly fun show. What I got was, well, not so fun. Sky was tense and upside down in dressage, shying from every spectator, decoration, and the judge herself. We crashed a crossrail in warm up, and spooked on cross country so hard we were off course by the first jump. *Sigh*

So when someone invited me to ride a hunter pace hosted by Windy Hollow Hunt, I thought heck, what do I have to lose? He’s safe over fences without an audience, and wonderful in open fields as long as no one is around to watch — what could be better? From then on we were hooked. But joining the hunt was not for us as it was too much of a crowd. Finally, years later, as Sky was heading into semi-retirement, I obtained an incredible Dutch Warmblood that had the brain and skills for hunting, and I promptly joined Windy Hollow Hunt in our first season together. Bucket list: check!

Sky and I were great in the hunt field by ourselves. Can you believe we jumped that all alone, while our teammates did the go-rounds outside of the fields (different route — we met up at the end of a series of five massive jumps) all with NO safety vest of any sort? At least I had a helmet on …

While I knew hunting was all about tradition, what surprised me most was that so many people in the hunt rode forward, jumping very large solid obstacles, with their horses in road studs or borium as we often hack along roads and hard ground, all with no real protection. I did notice a few people in air vests, but they were the older, bulky kind, so I set out to find out more. Could it be that tradition really trumped safety in the hunt field?

As a graduate of Centenary College’s Equestrian Studies program with a long background in eventing (among other things), the use of proper safety gear has been drilled into me for as long as I could remember. Even so, I still rode in whatever I had on hand until I witnessed a good friend have a terrifying fall that could have claimed her life — but did not thanks to the safety gear she was wearing at the time: a Helite air vest, a Racesafe body protector, and a Uvex helmet that together protected her. While she still ended up in the hospital, she’s back riding again. Without that protection, the results of that fall would have been far more tragic (her horse was OK).

Coupled with today’s technology, and the use of more and more safety gear that was also stylish, from that point on I took it upon myself to learn more about what was acceptable for safety gear when hunting — and what I could do to incorporate it into my fashionable hunting attire. 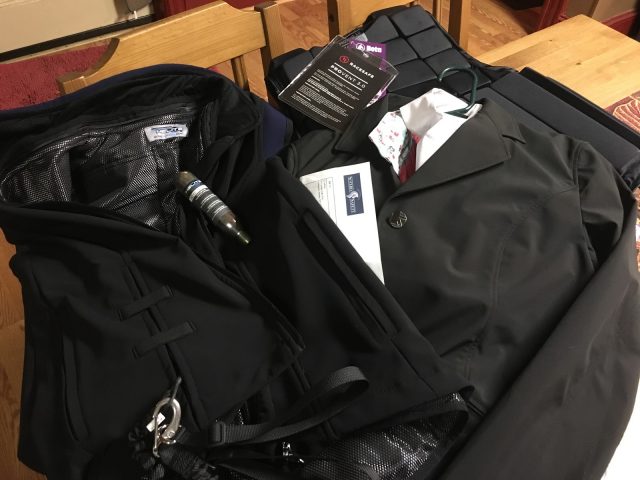 Getting my hunt attire together to get ready for the Thanksgiving Pace and following hunt meet to ride in my updated safety gear. Can’t wait! Photo credit CJ Millar.

Here’s what I learned: 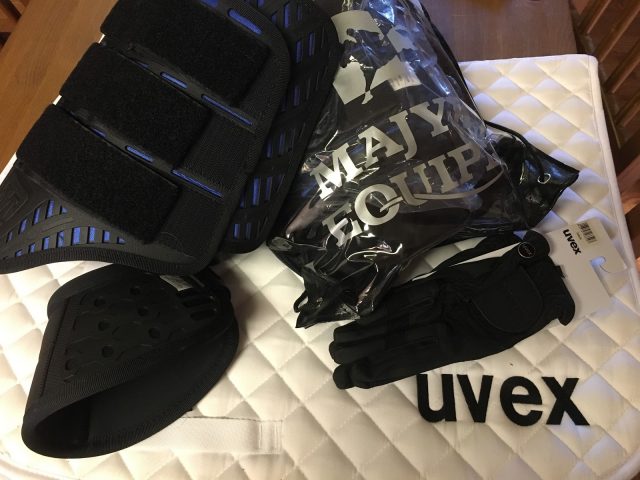 Protection for my horse’s legs from Majyk Equipe, and new, all-weather grip gloves by Uvex so we don’t lose our reins before that giant coop ever again! Photo credit CJ Millar. 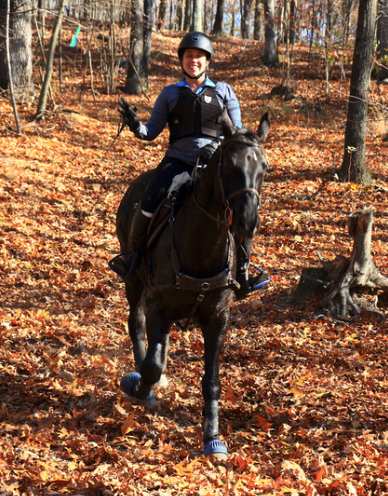 All smiles with my old vest (it’s a bit outdated…) that stayed put and underwear that wore like it wasn’t there. Wooohoo! Photo Credit WB Manning’s A Moment in Time Photography. 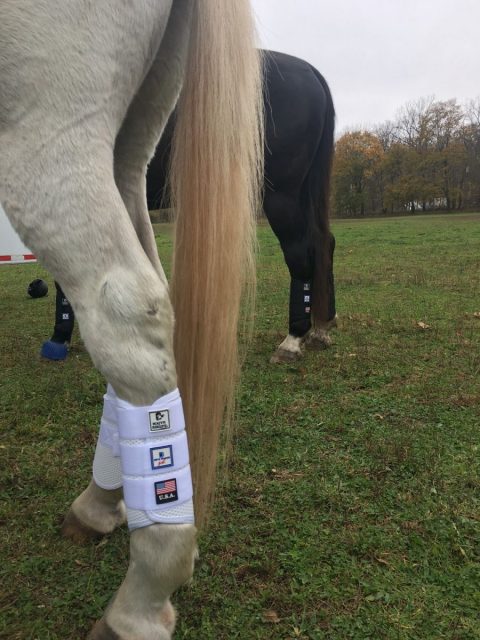 Hunt tip: make sure your horse’s leg protection matches their coat color and is approved by your Hunt Staff. Photo credit CJ Millar.

I’m sure there’s even more to the list that I’m forgetting, and as this is my first season as a member of the hunt, I’m still learning and would love to hear from other hunt members about what you do to stay safe in the field. Prior to this summer, I always rode in what I had on hand, but learned from watching my friend’s experience that safety is even more important than tradition and I am glad to have found a way to ride safely in style. I’m also grateful to have such a wonderful hunt to ride with that is so accepting of new technology and how it can fit into modern day hunting while still following age old tradition and good ol’ English style.