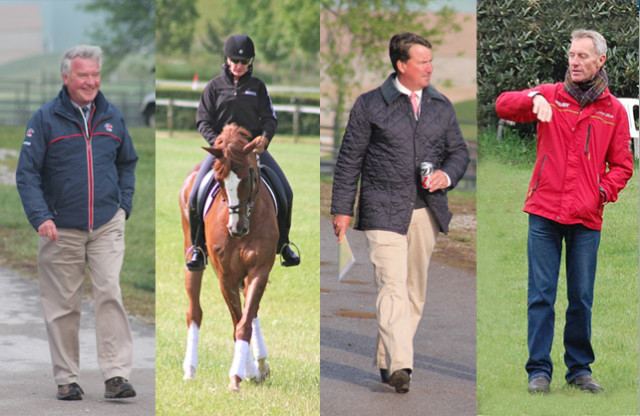 Tennis is a big sport. It gets the sort of media coverage and sponsorship equestrian sports can only dream about, and since London 2012, it is once again an Olympic sport. As many of you will know, the gold medallist in London was Scotland’s Andrew Murray. The following year he went on to win the biggest tournament in the world, Wimbledon, but since then has suffered with a back injury and back operation and has slipped down the rankings.

Then last year he brought in a new coach to lead his team. Breaking all the “rules,” he hired a woman! Amelie Mauresmo, a French former World no. 1 took over as his coach when Ivan Lendl, who had guided Murray to his Olympic and Wimbledon titles, decided he could not stay on the circuit full time.

The general reaction from the tennis world was negative. Tony Nadal, coach and uncle of the great Raffa Nadal, publicly said what most were thinking: “A female coach has no place in the world of men’s tennis.” Murray responded by saying, “Some people will never be satisfied unless I win a Grand Slam with Amelie. People will say she is not a good coach, but I know the reality. She is a good coach.”

Then a few weeks ago, Murray was a finalist in the Australian Open and by general consensus is back in the big time. There is a noticeable new sense of joy and calm in the Murray camp, and Murray is quick to credit Mauresmo. “I see no reason why female coaches should not become the norm in men’s tennis. It is just incredible that so many find it extraordinary that one of the world’s best tennis coaches could be a woman!”

The bias against female coaches in male sport sits alongside the myth that you have to be a top performer to be a top coach. Soccer’s current crop of top managers and coaches disprove that totally, with those such as Jose Mourinho of Chelsea and Arsene Wenger of Arsenal ruling the world roost in the most competitive and best funded world sport of all, yet both only played low level soccer.

The uncomfortable fact is that the international horse world has a great deal to learn from all this, with the majority of national coaches being both male and past Olympic medallists.

If there is one sport where coaching should not be a gender issue, it is equestrian sports, as in all the main disciplines women and men compete on equal terms together. So if national associations paid less attention to the gender of applicants, more women would undoubtedly be appointed. Mexico recently ignored the prejudice against women and hired Karen O’Connor. They should be congratulated on hiring a great coach and leader.

It is so easy to just go along with the norm, the accepted fashion and in the process make decisions that are not the best. At some time in the future, the world’s best coach in eventing will probably be a woman who never won a gold medal.

The important thing is to leave the mind open for such a possibility — especially as without a doubt at the lower and intermediate levels the majority of eventing coaches are already female! This has much to do with the nature of eventing, with high levels of female participation, but it is also a good example of eventing being ahead of the game and less traditional than many suggest.

However, what is certain is that future top coaches will truly understand the sport of eventing and be experts in all three disciplines. They will be the heirs of Jack Le Goff, Christopher Bartle, David O’Connor and Yogi Breisner.

I was asked last month by the legendary trainer and rider, Lucinda Green, whether the three phases of eventing are in fact antagonistic rather than complementary. This gets to the fundamental requirement of eventing training. To be efficient and to be humane, the training for the three phases must be complementary. This is where a number of riders are digging themselves a big dangerous hole for themselves that one day they will fall in.

In recent years we have often been led astray by choosing to use specialist trainers, however brilliant, whose work does not suit the needs of the other two disciplines. Therefore the national coach or lead trainer must have an in-depth knowledge of the training required for eventing as a whole and only employ other trainers whose work fits into this programme and who also fully understands the training priorities of the other two disciplines.

In my opinion, this strategy also should apply at the lower levels, and making progress towards this goal would significantly improve both safety and performance achievements.

The method at fault, not the activity

Look at the truly brilliant William Fox-Pitt and Michael Jung’s riding and their very public description of their training — the training for one phase is without doubt the training for the other two. Everything should blend and then there will be synergy, and this is what the great riders and coaches achieve. This is what Bert de Némethy and Jack Le Goff did because they had a complete training themselves.

Carl Hester and Charlotte Dujardin have changed the face of competitive pure dressage training worldwide by showing true harmony and natural outlines and rejecting force. Sounds like a good recipe for cross country training to me — and also a method that more mares will like! It is true that in dressage training there is also a gender issue because there are fewer mares at elite level than in either show jumping, where there are many, or eventing, where there are an increasing number.