Breeding a quality event horse capable of winning (or placing competitively, or in some cases even finishing!) a modern five-star is a feat that requires skill, creativity, bravery, and a little bit of luck. In her latest column, owner of Breed.Ride.Compete and bloodstock advisor at Willow Tree Warmbloods Amanda Chance breaks down some facts on this year’s Maryland 5 Star podium-finishers. Want more Breeding Breakdown? Click here!

If you’ve studied the pedigrees of top event horses at all in the past couple decades, you’ve probably seen a wide variety of ancestries and breeding. There isn’t just one magical formula to produce a 5* horse, and that fact is particularly evident when you dive into the pedigrees of the top 3 finishers at this year’s Maryland 5 Star. 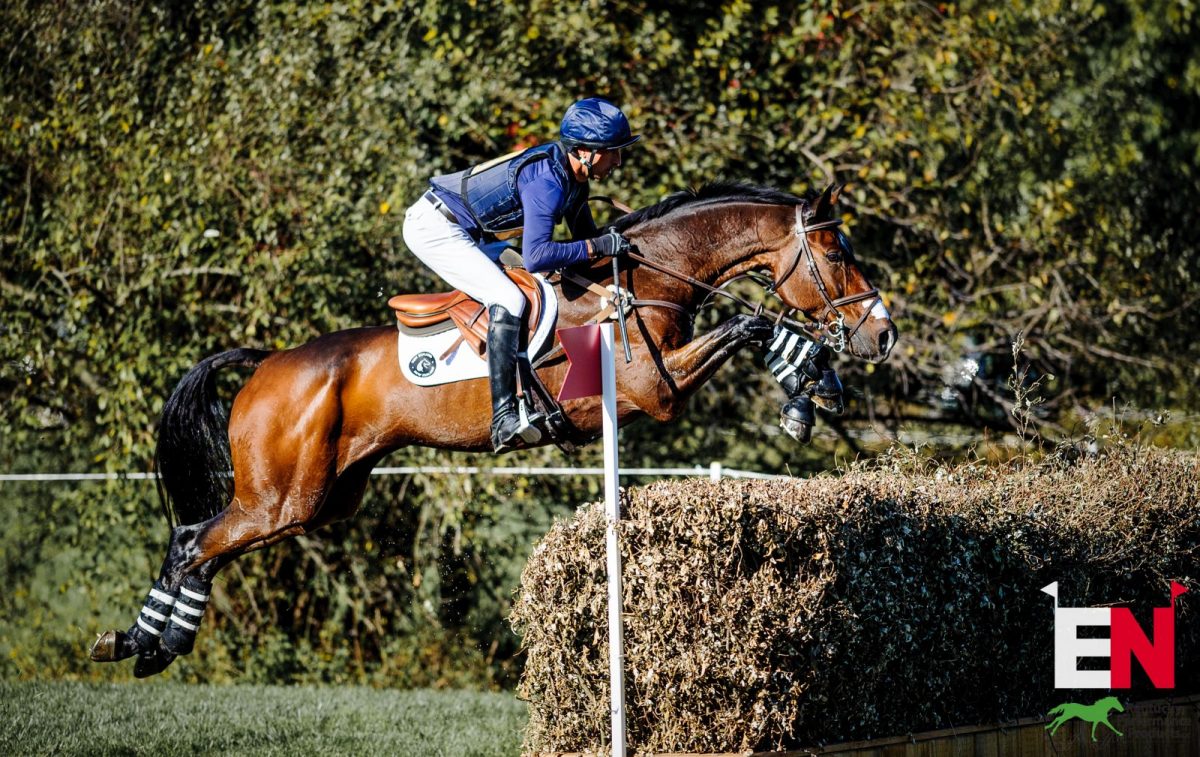 Leprince des Bois’ sire was the Trakehner stallion Yarlands Summer Song, who competed in eventing at the 1996 Atlanta Olympic Games (finishing 4th individually) as well as the 1994 and 1998 World Equestrian Games.

Yarlands Summer Song’s sire, Fleetwater Opposition, was also an eventer, winning individual and team gold medals at the Junior European Three-Day Event before going on to compete Grand Prix level dressage. Tiebreak Combehory’s dam, Filing des Plaines, was an eventer as well, competing through the 2 Star level. There’s no doubt that the dam’s side of Coup de Coeur Dudevin’s pedigree is absolutely jam-packed with eventers.

Top Gun Semilly’s dam, Tati du Palis, has been an extremely strong producer in France. She is the dam of one 1.50m showjumper and two 1.60m showjumpers, and has produced four approved stallions, including Andiamo Semilly (by Diamant de Semilly).

Coup de Coeur Dudevin hails from a French Trotter mare family, and has a 12 generation blood percentage of 51%. 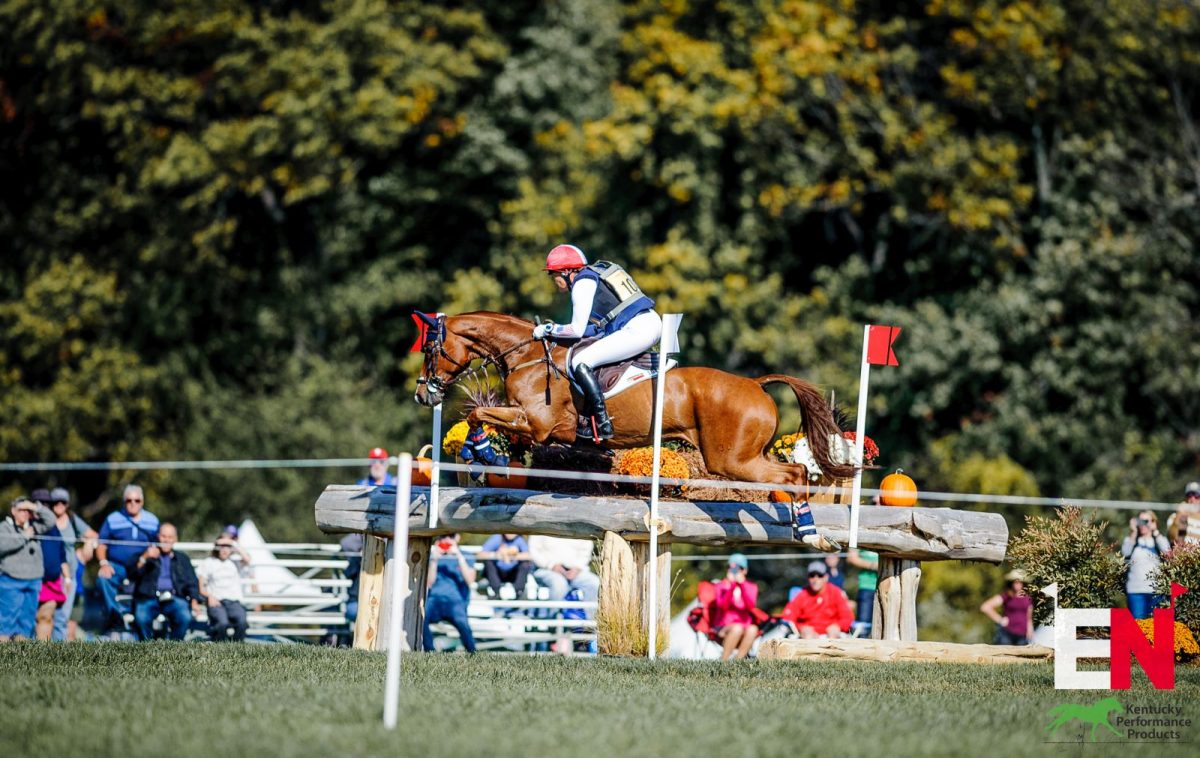 This little firecracker of a horse was bred in Germany by Herbert Schuett, and in sharp contrast to Coup de Coeur Dudevin, it’s safe to say he was not originally intended for top level eventing.

His pedigree is jam-packed with horses that are more typically seen in high level dressage, although it’s important to note that if you look more closely there are also several horses in there that were more dual-purpose. The jumping ability in Danito’s pedigree is less evident than most other 5* contenders, but it did not come out of nowhere.

Danito is by the stallion Dancier, who competed to PSG/Intermediare level dressage in Germany. Although Dancier’s sire, Donnerhall, was also a dressage stallion (competing to Grand Prix), Dancier’s dam, Larcana, came from a fairly versatile line –- her direct mare family produced everything from Grand Prix dressage horses to 1.30m show jumpers to a 4* eventer.

On the dam’s side of Danito’s pedigree, it’s still largely ruled by dressage lines. His dam, Wie Musik, is by Wolkenstein II, who was used heavily for dressage breeding. However, Wolkenstein II was not a “jump killer”, and managed to produce some show jumpers that were successful through 1.50m.

On Danito’s dam side you also see the French Anglo-Arab stallion Matcho, who helps bring a bit more blood to the pedigree. His direct mare family has produced, within the last five generations, 11 horses that have show jumped from 1.40m to 1.60m, as well as two international eventers and ten Grand Prix dressage horses.

Danito is from Hanoverian mare family 1189006 and has a 12-generation blood percentage of 41%. His dam Wie Musik also produced the very successful Grand Prix dressage stallion Desperados FRH (by De Niro, another Donnerhall son), who won Team Gold and Individual Bronze at the 2016 Rio Olympics with Kristina Bröring-Sprehe. 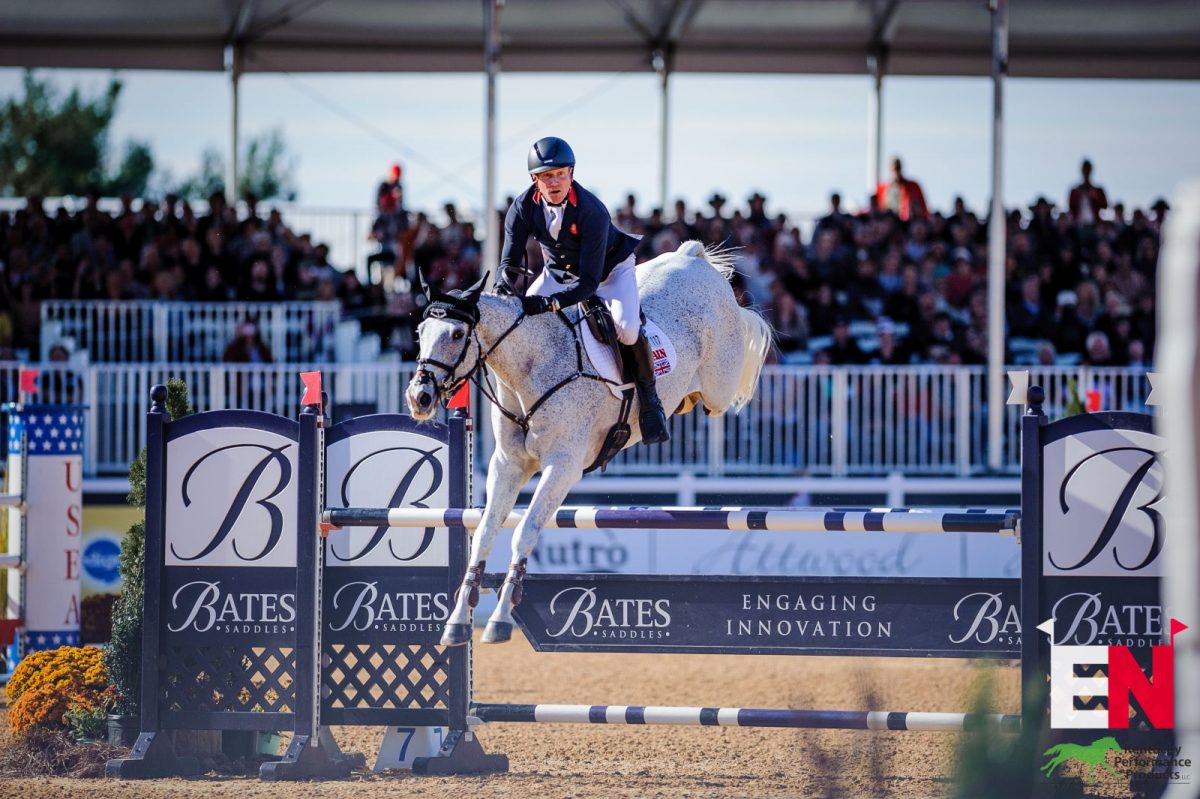 Oliver Townend and As Is. Photo by Tilly Berendt.

And just like that, we’re back to the purpose-bred, but arriving at the end product of As Is was done a bit differently than Coup de Coeur Dudevin. As Is, who was bred in Spain by Ramón & Ana Beca (breeders of multiple 5* horses including former Andrew Nicholson rides Nereo and Armada), has a full Thoroughbred sire — in sharp contrast to Coup de Coeur Dudevin’s Selle Francais show jumping sire.

As Is’ sire is French-bred Meneusekal, and although he was a racehorse, he does have a good pedigree for sport as well. Meneusekal’s pedigree contains names that will be familiar to any sport Thoroughbred enthusiast, including Caro, Blushing Groom, and Never Bend. Meneusekal’s sire Kaldounevees is sire, second sire, or damsire to several FEI-level eventers as well as show jumpers up to 1.40m, and Meneusekal himself has produced several international eventers.

The dam of As Is, Paraca, is by the Holsteiner stallion Lacros, by show jumping legend Landgraf. Lacros himself was a 1.60m show jumper, representing Team Germany and earning almost a quarter million Euros in the 1990’s with Dirk Schröder. Paraca has also produced a full sibling to As Is, Damaso, who so far has competed through the 3*-L level with Swiss rider Robin Godel.

The 12-generation blood percentage for As Is comes in around 73%, although it could be higher –- there are only four generations recorded on his damline. Even with a relatively short history, this mare family has been quite successful; within just those four recorded generations, they have produced four 3* eventers, one 4* eventer, one 5* star eventer, and one 1.50m show jumper.

As Is certainly is a good example of combining jumping prowess with the stamina, athleticism, and gallop of the Thoroughbred, and in this case, it undoubtedly worked for producing 5* event horse.

There you have it: three very different horses, yet three very good eventers — from dressage lines to show jumping lines to eventing lines to Thoroughbreds, and ranging from 41% blood to 73% blood. Many roads can indeed lead to Rome, or in this case, many pedigrees can lead to a Maryland podium.