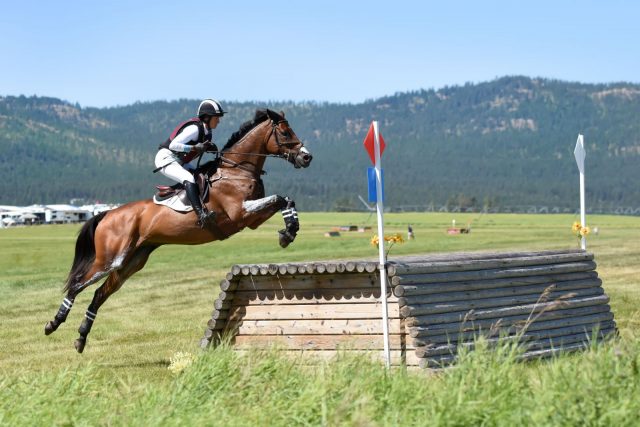 Erin Sylvester and Paddy The Caddy, winners of the 2017 Rebecca Farm CCI3*, which was added to the U.S. calendar in 2015. Photo by Shelby Allen.

Following yesterday’s announcement that now defunct Richland Park attempted to host an additional CCI3* for the U.S. and was unsuccessful in their bid, it is time to delve deeper into the topic of introducing more CCI3* events in this country beyond the five currently held throughout North America.

While this is a commonly used argument, saying that a new East Coast CCI3* is going to take competitors from another CCI3*, especially one on the West Coast, is a red herring. Perhaps another CCI3* might lose one or two competitors, but the reality is that for many pairs, there is no option to ever drive that far west, either due to time or money.

For example, in 2016 not one rider based east of the Mississippi drove west for the Galway Downs CCI3* in California. The riders who didn’t complete at Fair Hill in Maryland simply ended their season there.

Adding more options to compete at the CCI3* level would benefit U.S. eventing, not just the riders, but our horses and our U.S. High Performance squad. 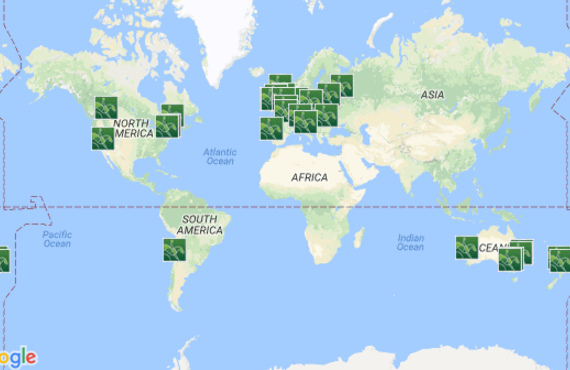 Each icon marks the location of a CCI3* event held around the world. Screenshot via FEI database.

Europe has more competitors to fill those divisions, but here’s the astonishing thing: In 2016, the North American CCI3* held on the East Coast averaged 37 competitors while the western European events held in Great Britain, France, Ireland, Italy, the Netherlands and Portugal averaged only 34.

Countries like Great Britain do have a higher number of average starters per CCI3*, but there are plenty of European countries like Ireland and Italy that actually average fewer starters than our East Coast CCI3*. This supports the argument that the average number of East Coast starters in the U.S. could support at least one or two additional CCI3* events.

Rebecca Farm and Galway Downs, our West Coast CCI3* events in the U.S., don’t draw the numbers like those held in the east, averaging 12 starters between the two CCI3* last year. However, those numbers are comparable to the number of starters seen in the Pacific region, which averages 12 starters per CCI3* in Australia and 14 in New Zealand.

And if we look at the actual number of starters, there were events in Australia, Chile, Belarus, Poland and Romania in 2016 that all ran a CCI3* division with three competitors or less. Why? Because those riders all needed to secure qualifications and couldn’t travel all over the world to get them.

Those venues ran CCI3* divisions to help the riders and ran many other divisions as well, which supported the sparse CCI3* division. The venues were also helping their country’s High Performance programs by providing additional opportunities to gain experience and qualifications.

Range of Difficulty at Available CCI3*

While all CCI3* events should be up to standard, as they serve as CCI4* qualifiers, certain CCI3* have a reputation of being particularly tough. Is it a good thing to have the only East Coast CCI3* available in the fall be Fair Hill? Fair Hill is amazing and tough and a fantastic preparation for Kentucky; it’s called a “3.5 star” for a reason.

But is it a good venue to run your first CCI3*, particularly if you just moved up to the level in the summer, as many U.S.-based riders do? Time and money limits most East Coast riders from driving three days one-way to attend Galway Downs, so the option often narrows to Fair Hill or nothing.

Feeling ready to run a CCI3* but not ready to tackle Fair Hill creates an undesirable scenario in which pairs who are perhaps too green decide to try and take it on anyways. Most riders have limited time and money, the horses are always getting older, and sometimes it can be difficult to let a full season go by without at least making an attempt at that qualifying CCI3* run.

Starting in 2017, riders now need more than one CCI3* qualification to run a CCI4* unless the rider is categorized A or B. In North America, only 45 of 212 active Advanced level riders (riders with at least one start at the Advanced or three-star level in 2017 and 2016) are categorized A or B. This means the remainder in the lower categories need to secure two CCI3* qualifications to get to the CCI4* level.

The change in qualifications to compete at the CCI4* level drives up the demand and need for more CCI3* events in the U.S., and creates a need to have multiple CCI3* options for both the fall and spring seasons on the East Coast to allow for pairs to re-route.

Riders need options. Most riders, even professionals, aren’t going to be able to make the trek out west to Galway Downs if they miss out on gaining a qualifier at Fair Hill due to a mishap early on course. What if an untimely abscess rears its head and derails plans for a CCI3* but is fine a week later? In the spring, a rider can re-route from Jersey Fresh to Bromont, but there are no alternatives in the fall if a rider can’t travel to Galway Downs.

For the average rider there’s nowhere to re-route. They just miss out on the their CCI3* qualification opportunity for that season.  That means the rider can’t compete at the CCI4* level for another full calendar year.

Remember that the U.S. is in the process of adding a second CCI4* to the fall schedule. This is fantastic news for all of North America for many reasons, but remember that the event needs to be filled with a respectable numbers of starters.

In order to increase the number of four-star starters in this country, there should not be a bottleneck at the CCI3* level. Riders need to get out and qualified. They need to get runs. We often criticize riders who show up to compete in their first CCI4* at Kentucky without sufficient experience, but how can we fault them if the CCI3* runs they need aren’t available at a time or location when they can actually compete?

In addition, High Performance riders must travel overseas to gain experience over different tracks in part because we simply don’t have enough variety in the U.S. Riders in Europe can pick from 17 different CCI3/4* venues to attend, while we have only six options throughout North America.

Traveling to a new venue, experiencing new terrain and testing yourself against a new course designer can expand your skill set immensely. European-based riders get almost three times the opportunity to compete at different CCI venues than riders in the U.S.

Why are we limiting our pool of U.S. venues? The riders want more CCI3* options, there are venues requesting to host a new CCI3*, so why are we setting up road blocks?

Does lowering the number of starters by a handful of combinations at an existing CCI3* justify turning down other venues who may want to host a CCI3* at a different time of year?

U.S. riders should have the CCI3* options they need on both the West Coast and East Coast, regardless of competitor numbers. Do you agree or disagree? Discuss!