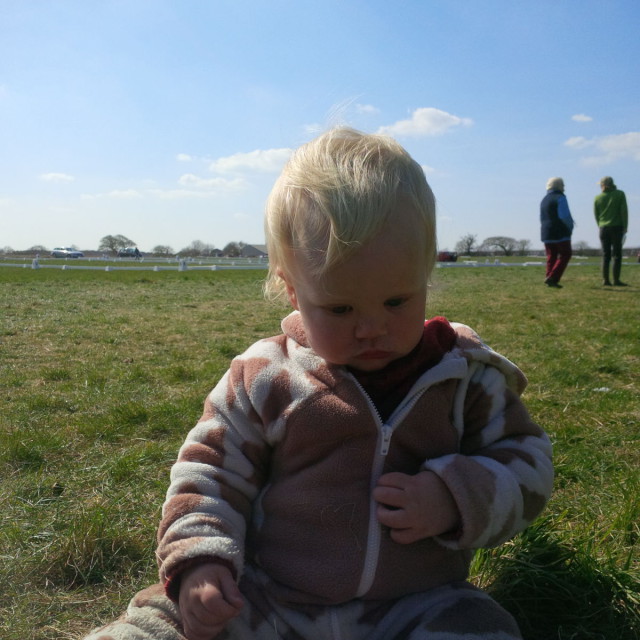 It happens to even the very top riders. It happened to Mary King, after all. I think it may have happened to Aoife Clarke. Quite possibly Oliver Townend, though I am not sure about that. And those are just the ones we know about – the ones who are sufficiently high profile to command media attention.  Being given cards at FEI events.  Being “spoken to”. Having concerns expressed. Concerns about safety, about lack of control.  There is a long list of riders who are far better than I will ever be and who have received a ticking off in this regard.

What I am less certain of, though, is whether it has ever happened to anyone IN THE BLOODY DRESSAGE PHASE. I wasn’t riding too fast to a fence, I didn’t jump anything from a standstill, I quite simply trotted in at A and proceeded to vigorously ride my horse round FEI CIC** Test A.

Is he always like this, the judge had asked, and I’d nodded in assent. Would I be safe to jump, she’d queried, and I’d smiled and said I certainly hoped so. She was concerned, she’d said, she thought I didn’t have enough control.

I didn’t contradict her, for what could I say? How could I begin to explain to her that I don’t exist in this world, not really. That CIC two-stars and polished dressage tests are not my norm, that to me the dressage score is meaningless; it’s a number that must be ascribed to me before I am allowed to jump. How could I tell her that last year, I’d gone out, and I’d bought a horse.

And I bought not a horse with whom I harboured aspirations of greatness, not a horse on whom I’d hoped for placings and rosettes, but a horse who gives pony rides to my 18-month old son. A horse who makes my three year old daughter squeal in delight as he gently snuffles carrots from eager outstretched little hands. A horse who I will ride down to the very biggest of fences; a horse who will move heaven and earth to bring me home safely through the finish flags. That’s the horse I bought. And I’d buy him again in a heartbeat.

So although my supporters will do their best to console me by telling me that I “can’t possibly be as bad as all that” or that “I should have more confidence in myself”, this time, their words would fall on deaf ears.  Because here I was, standing in the middle of a field in Somerset, being told just exactly how bad I was, by none other than the first woman to have represented GB on an Olympic eventing team, multiple four-star winner and former president of British Eventing, Jane Holderness-Roddam.

Understandably, I was looking forward to leaving the event for the night, to getting some sleep, and to coming back to do a bit better the following day. Which was inconvenient, in light of the fact that my Chelsea Tractor, alerted in all likelihood by Jane Holderness-Roddam to my ineptitude and inability to control or steer when moving at speed, took its survival into its own hands and refused to start.

Undeterred, I flagged down an unsuspecting 4×4, proffered my jump leads expectantly and politely invited them to help me to jump start my car.  And, as I gaily brandished live jump leads surging with power from the Chelsea Tractor’s 12-volt battery, I couldn’t help but think that, should Jane Holderness Roddam have taken it upon herself to appear at that very moment and worriedly voice her concerns for my safety, then frankly, I’d have been forced to agree with her.

As I drove back to Nunney the following day, I saw my path crumbling. I quietly told my husband that I wanted to go home, I didn’t want to jump. I didn’t want the pressure of being watched by the ground jury and found wanting.  If the showjumping did all go wrong, for example, what then? Would I be publicly hung from the trakehner with my own jump leads by Jane Holderness-Roddam?