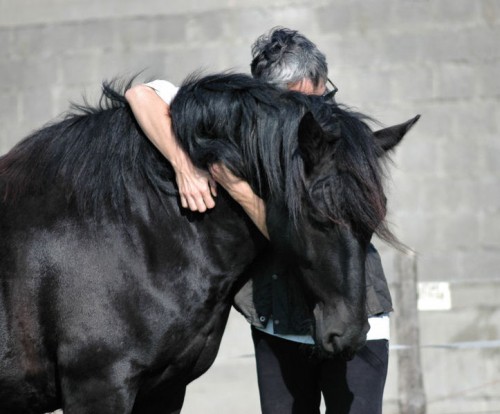 The Horse published a great summary of a recent study for the Tromsø University Museum at the University of Tromsø in Norway, which evaluated the relationships between riders and their horses. The study concluded that horses and riders adapt to each other both mentally and physically as they build partnerships over time. This doesn’t come as a surprise to anyone who’s ever enjoyed a close bond with a horse, but it’s pretty cool that there’s now a research study to back it up.

If you’ve ever considered your horse to be your “better half,” you’re not alone. Norwegian and American researchers recently found that riders and horses can enter into a unique state of interspecies “co-being” with one other.

Co-being refers to a state of relationship in which each partner evolves to “fit” better with each other, both physically and mentally.

“As riders get to know their horses, they attune to them—they learn both mental and somatic (physical) ways of acting versus their partner,” said Anita Maurstad, PhD, professor and researcher in the Department of Cultural Sciences in the Tromsø University Museum at the University of Tromsø in Norway. “Horses, too, attune to their humans; thus, co-being is a good analytical concept for speaking about these aspects of the relationship.”