Jacky Green, who is a part Team New Zealand, kindly sent us this look inside the final few days of preparation for the Kiwi horses as they headed off to Kentucky. Many thanks to Jacky for writing, and thank you for reading. 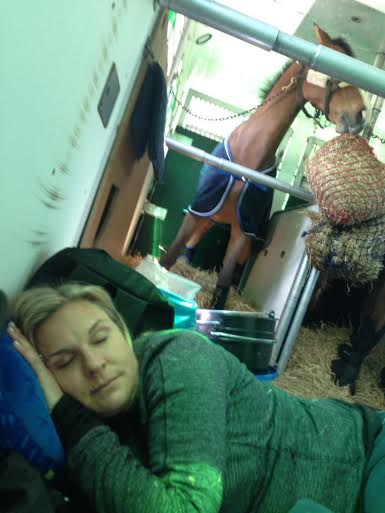 It is a long trip for most to Kentucky, but four days on trucks and planes only broken up by a stint in quarantine beats most of the treks across America. The kiwi horses left Sir Mark Todd’s base at Badgerstown in the UK just after 5 a.m. on Wednesday, 20th April with their dedicated girls and one well-travelled vet in Dr. Christiana Ober alongside them.

Meanwhile, our riders were busy stacking up as many runs as they possibly could before they departed on Sunday. Sir Mark Todd, Blyth Tait and Jock Paget all elected to run horses at Bicton in Devon on the Friday, and they achieved that with a zero injury rate which was a good start to the weekend.

Apart from a few logistical errors like being unable to book online check-in — as it appears that despite being able to move planes around the world, Delta and Virgin Atlantic are unable to sync their computers — all was running fairly smoothly in the countdown.

Bypassing Bicton in favour of running a huge team of horses at Hambelden over three days was Team Price. The Friday was horrible, Saturday got abandoned and Sunday dawned with weak sunshine and tacky drying ground. As the other riders and the support team got on the plane, Tim had four Intermediate and Open Intermediate rides to get through before he aimed to catch the last plane of the day at 5 p.m.

The day began well with four tests scoring on or under 70%, and then came the problem of the notoriously tricky show jump gate steward who insists on “programme order only.”

With a mixture of banter and some promises of cake from Tim, we got a great system underway with the only blip coming when Jonelle mentioned that she was impressed with his “improved attitude from last year,” which didn’t go down too well. 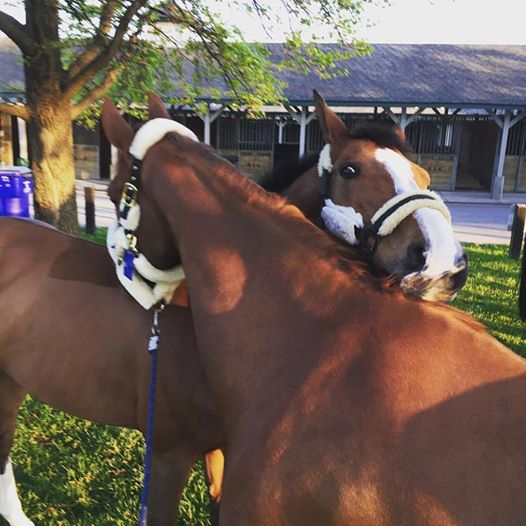 We assured the steward that Jonelle was nothing to do with Tim and pressed on with our next casualty being Tim’s work rider, Amanda Breditis, who was banned from doing anything in the warm up except walking by the chief steward of the competition.

Heading up to the cross country start we decided to try our luck in a different spot, and Amanda warmed up horse no. 2 while Tim aimed to start on horse no.1. This plan was scuppered when Austin O Connor’s horse sat on the rail into the coffin and a lengthy delay began.

When the in rail was taken out as beyond repair, Andrew Nicholson noted that all the riders owed Austin a drink and Tim sped off into the woods. We hit a slight tack malfunction between horses two and three, but since Amanda is Swedish and has been brought up with IKEA and other flat pack furniture, she swiftly removed her hairband and implemented an on the spot repair, which was dead impressive.

Horse no. 4 was set to go with the clock perilously ticking when another hold meant we were out of time and so that was just the 15 of 16 phases completed.

I generously told Tim he could drive my car as he, being a boy, was obviously the better driver. Boys love this but in reality I had decided that if we were going to pick up speeding tickets heading into London, he could take them. Blondes are not as dumb as they always seem.

By dint of the fact that Tim ended up at checkout with no socks on, he made the flight with three minutes to spare. If you see someone at Rolex with cold feet it will probably be him. I hear that there are some nice tradestands out there so maybe someone will take pity on him!