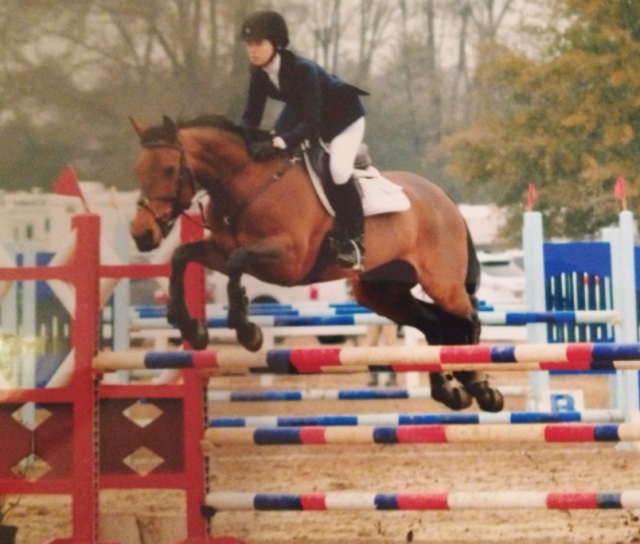 My little mare that could, Punky, standing at 15.2 hands.

The following is loosely based on the original story The Little Engine That Could by Watty Piper.

He was loved by a little girl — a girl with a pony tail sticking out from under her helmet, a girl with bows in her hair, and a girl who carried carrots around with her everywhere she went! The little gelding was carrying his little girl around anywhere the girl wanted. He trotted and cantered along merrily.

Then all of a sudden he stopped. He just simply could not go on! He was too tired. His little girl hopped off his back and went to another, younger horse. “Mommy, Daddy, will you please buy me this new horse?” But that horse was too cranky! He would buck and buck and buck until the little girl’s parents said “No more!”

Another horse came along. This gelding was bigger and stronger. He was better behaved except for when they jumped; he was just too strong for the little girl!

The little girl’s parents decided to find a safer and older option for their daughter. But that horse was too tired and sore from his years of riding with other little girls and boys. The search for the perfect horse seemed to be hopeless!

But then came a small pony. The little girl fell in love with her, but her parents had doubts; was she too small to do the job? They decided to give her a chance. The little girl popped onto the mare’s back and warmed her up. They were then ready to jump! After some smaller fences, the jumps were raised. The mare had never jumped this high before!

Based loosely on my own hunt for a new horse.