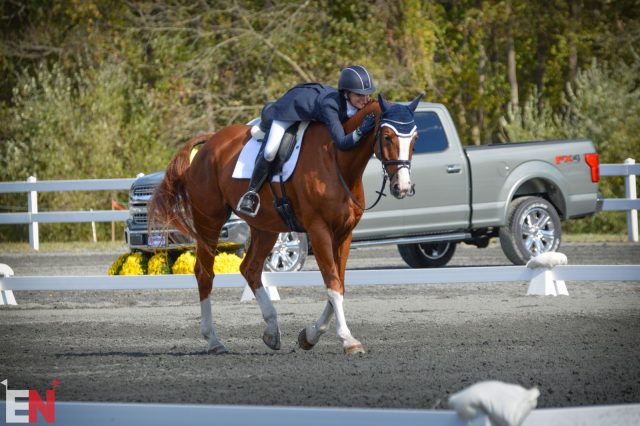 Eventing Nation is extremely sad to report that Louis M, a horse whose FEI career spanned two continents, nine countries, and three young women, has been euthanized due to an acute case of laminitis. The Rheinland Pfalz-Saar gelding was 15 years old. The Gartenberg family has issued the following statement:

“Alexa Gartenberg’s Louis M was humanely euthanized on Wednesday November 4, 2020 due to an acute case of laminitis. His team at New Bolton Center were valiant in their efforts to save him but his case became too severe.”

Louis M began his FEI career in 2011 under German young rider Pia Münker, who competed with him 37 times in Europe from the 2*-S level up through the 4*-S level (previously the CIC1* to CIC3* levels), winning in 15 of his starts with her. Together they contested two European Young Rider championships at Malmö and Jardy before stepping up to the now-4* level together. 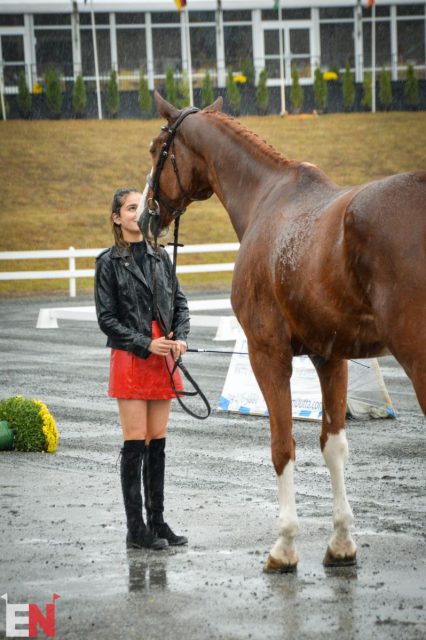 Louis M became well known for his ability to lay down stunning dressage tests, setting records at multiple levels such as being the first horse in the modern eventing era to lay down 20 consecutive sub-40 tests (with the multiplier added, now equivalent to a 26.7) at the FEI level, setting a low score record for the FEI at the time of 20.6 penalties (with a 1.5 multiplier, equivalent today to a 13.7) at the Kreuth 2*-S (previously CIC2*) in 2015 and generally being in the lead after the dressage phase.

In 2016, he was imported to the US by Cornelia Dorr, who gained experience on him and quickly moved up the levels to ultimately contest her first Advanced and CCI3* (now CCI4*-L) on him. Under Cornelia, he won at the 2*-L and 3*-L (previously CCI1* and CCI2*) and contested yet another Young Rider championship. 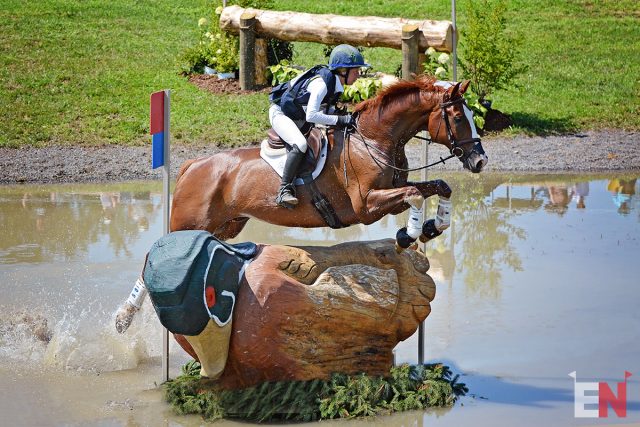 For the final chapter in this horse’s illustrious career, he was once more paired with a talented young rider in Alexa Gartenberg, whose prior experience let them quickly be competitive at the 3* level, winning at the FEI level with yet another rider at the Bromont CCI3*-S last summer before going on to lead the dressage at the Fair Hill CCI3*-L last fall. The pair stepped up for Alexa’s first Advanced at Pine Top earlier this year before the pandemic stymied further competition.

Alexa has posted the following message regarding Louis M on her social media:

“I am completely devastated to share that my beloved Louis M had to be euthanized following a critical case of laminitis.

Louis was my best friend, a brilliant professor, and my most generous teacher. Losing him has left my heart completely shattered, but I will always be grateful to have known him, loved him, and had the incredible opportunity to have had him as my partner.

His career and journey involved many special people, and I am very thankful to each of them. He was truly the King of Horses.

“Louis M. A God among horses. A lover of goldfish, bananas, a good necking session, and his job. An overachiever, and always the smartest one in the room. Have you ever met a horse that never had a bad day? I hadn’t, until I met Louis. He showed up for work every day. He never had to be asked anything twice. He lived to do the right thing, and he loved teaching his girls how to be good.

When you asked Alexa how Louis was after a cross country round, she would get a dreamy look in her eye and say “he’s Louis, he’s perfect”. And that was never an exaggeration.

He was larger than life. He demanded attention with his presence alone. He was Louis, and he was perfect. Thank you for taking care of your girls, Louis. You will be deeply missed.”

Our sincerest condolences go out to Alexa, the Gartenberg family, the team at East West, Cornelia and Pia and all the numerous others whose lives this horse has touched in this trying time.