In honor of Badminton Horse Trials taking place this weekend, experience the event through the eyes of our globe-trotting try-anything-equestrian blogger Megan Kiessling: here’s part two of her Badminton adventure.

So in my head I’ve had a fuzzy list of things I want to do in life. A bucket list. But it’s all horsey themed, so instead of just a bucket list, it’s a Muck Bucket list. Of all the stuff I want to do with horses before I kick it. See what I did there? It’s a play-on-words pun.

I woke up bright, early, and well rested on Sunday. Several other people at the B&B were also heading out to the horse show. Helpfully, the couple at the table next to me said I could follow them back out to the grounds. I ate an enormous breakfast, including trying black pudding for the first time, before we all headed out.

I had been too tired to worry about it the day before, but the trip back to the event was a half hour on a very narrow twisty English country roads. There had been so much traffic on cross country day that it limited how fast everyone went, but the speed limit for these nutjobs is 50 mph. I followed the nice couple from the B&B who became speed demons and rocketed off leaving me in the dust.

At one point we were on a tiny road that was barely two cars wide and someone was barreling down the opposite direction and I flinched — I SWEAR I only flinched! — and the next thing I heard was a loud bang. A flat tire.

The couple I was following sped off into the distance as I went and looked at my left front tire which wasn’t just flat but managed to look like it had exploded.

I stood there dumbfounded, mind blank for a second, and my first thought was “aw, I’m gonna miss the jog!! Poop.” Priorities.

Luckily (?) since I was a woman, alone on a narrow road with a 50 mph speed limit, surrounded by 12-foot hedges the situation was deemed “dangerous” and I was rescued within 30 minutes. When I climbed into the tow truck with the driver I could see over the gigantic hedges and there was a castle on the other side!

I missed the jog but the tow truck drove me the one mile I had left to the fair grounds. I very nearly made it. He left my car in the grass near the parking entrance and said the tire repair/change person would call me when he was close so I shrugged and went into the show.

The shopping was phenomenal. I wanted to buy EVERYTHING. I had decided to buy a horse at that point but I figured it wouldn’t be smart to load up on a ton of things since I didn’t know what I needed and I’d also have to somehow bring it back to the US.

Still, I did have some fun; I got a pinney holder from the BHS tent, a Joules Badminton baseball cap, and a sweet purple and leather belt from Tredstep. Lastly my favorite — a tweed hunting jacket. I freakin’ love that thing. With my Dubarrys, on a scale of one to British I look like I’m from Little Badminton. That’s a real town and it has thatch cottages. STILL.

I had time before stadium to walk most of the course. It was really fun to see those huge jumps up close and personal even though all the decorations were gone. The most shocking part to me is always the really narrow faces of the skinny jumps. The Mirage Pond short route was downright confounding. The jumps were ASKING to be run out on. And this was a soft version of the course?? WHAT?? After getting through about three quarters of the course I had to go back so I wouldn’t miss any of the stadium rounds. 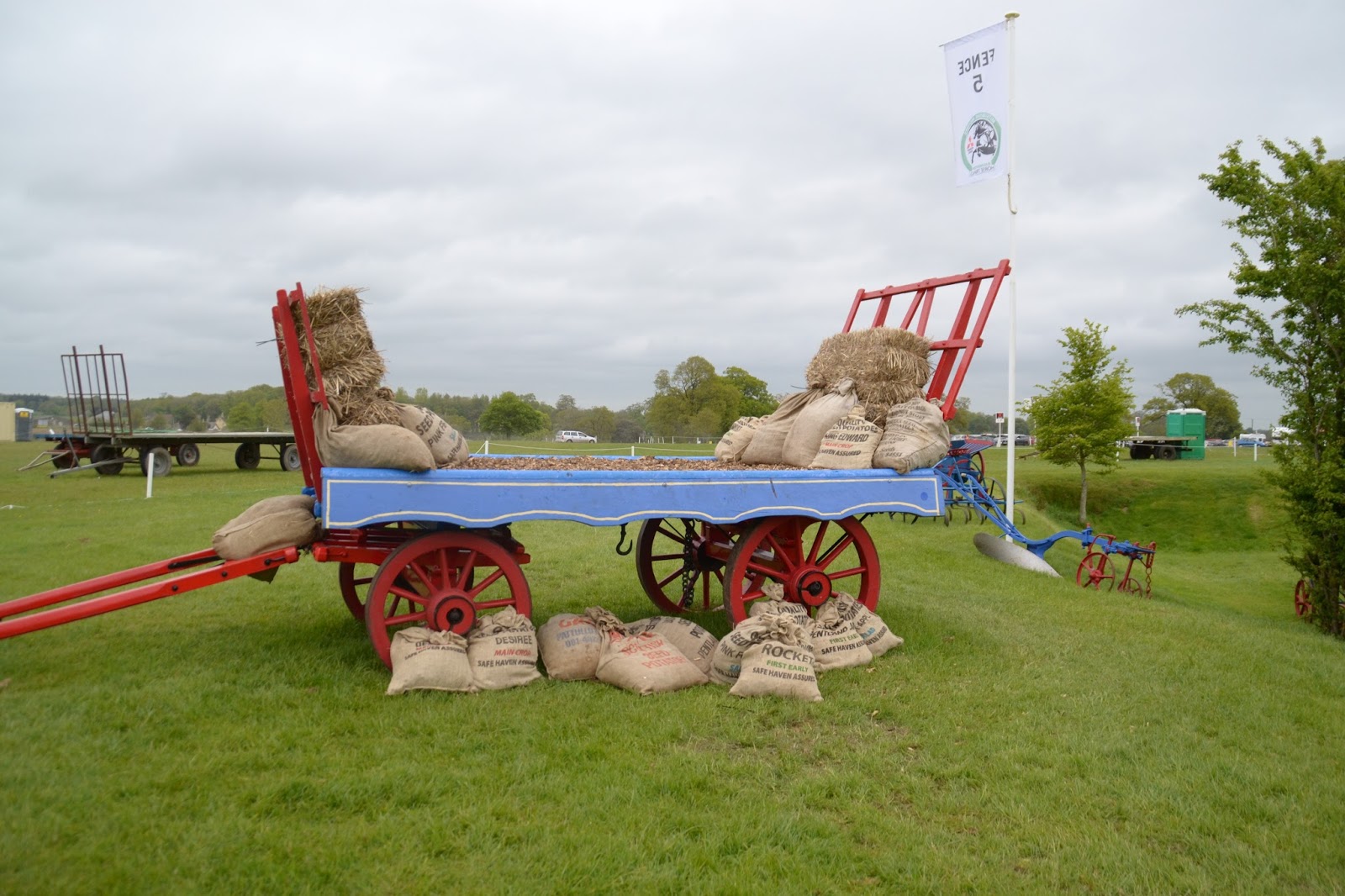 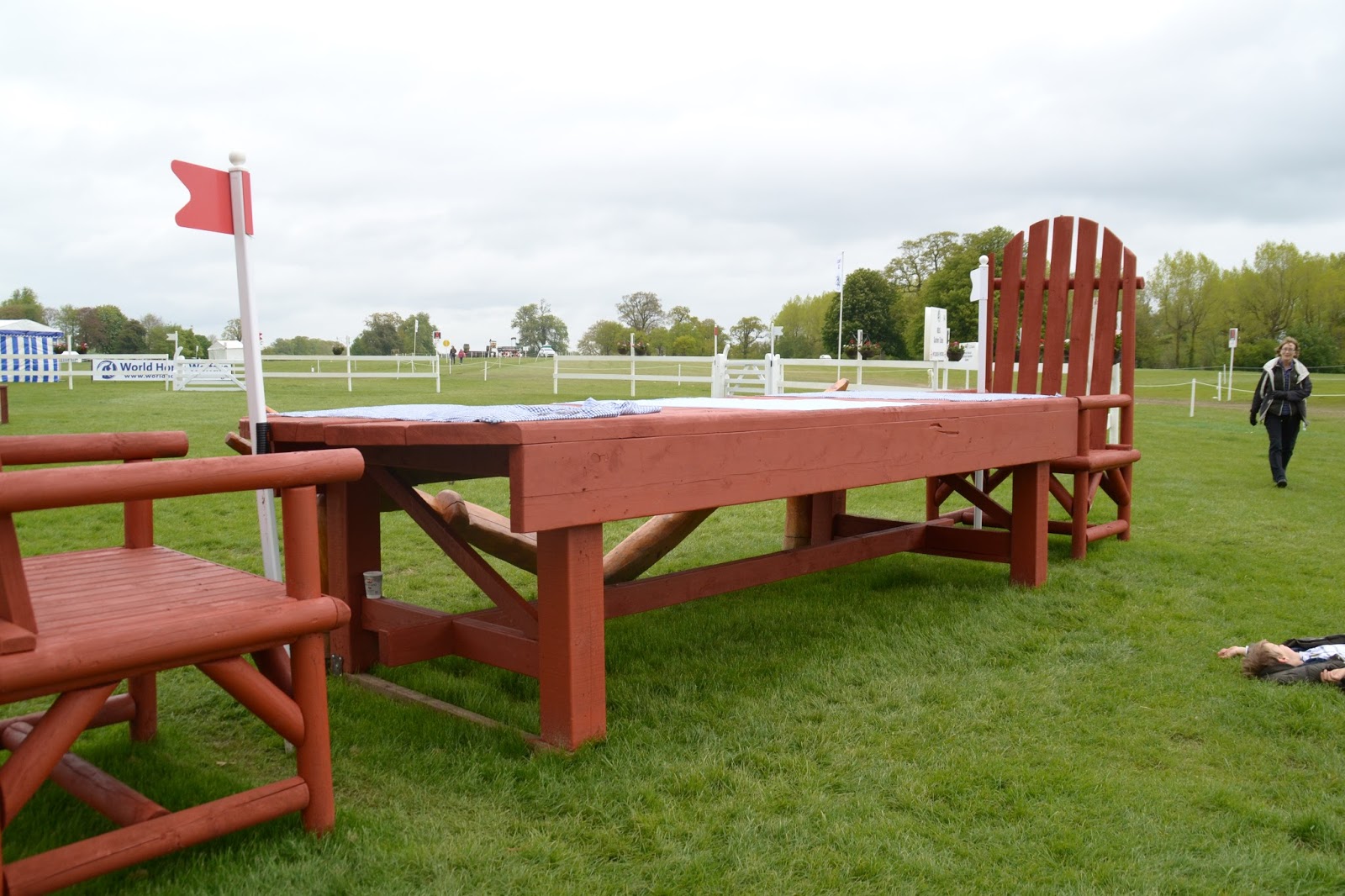 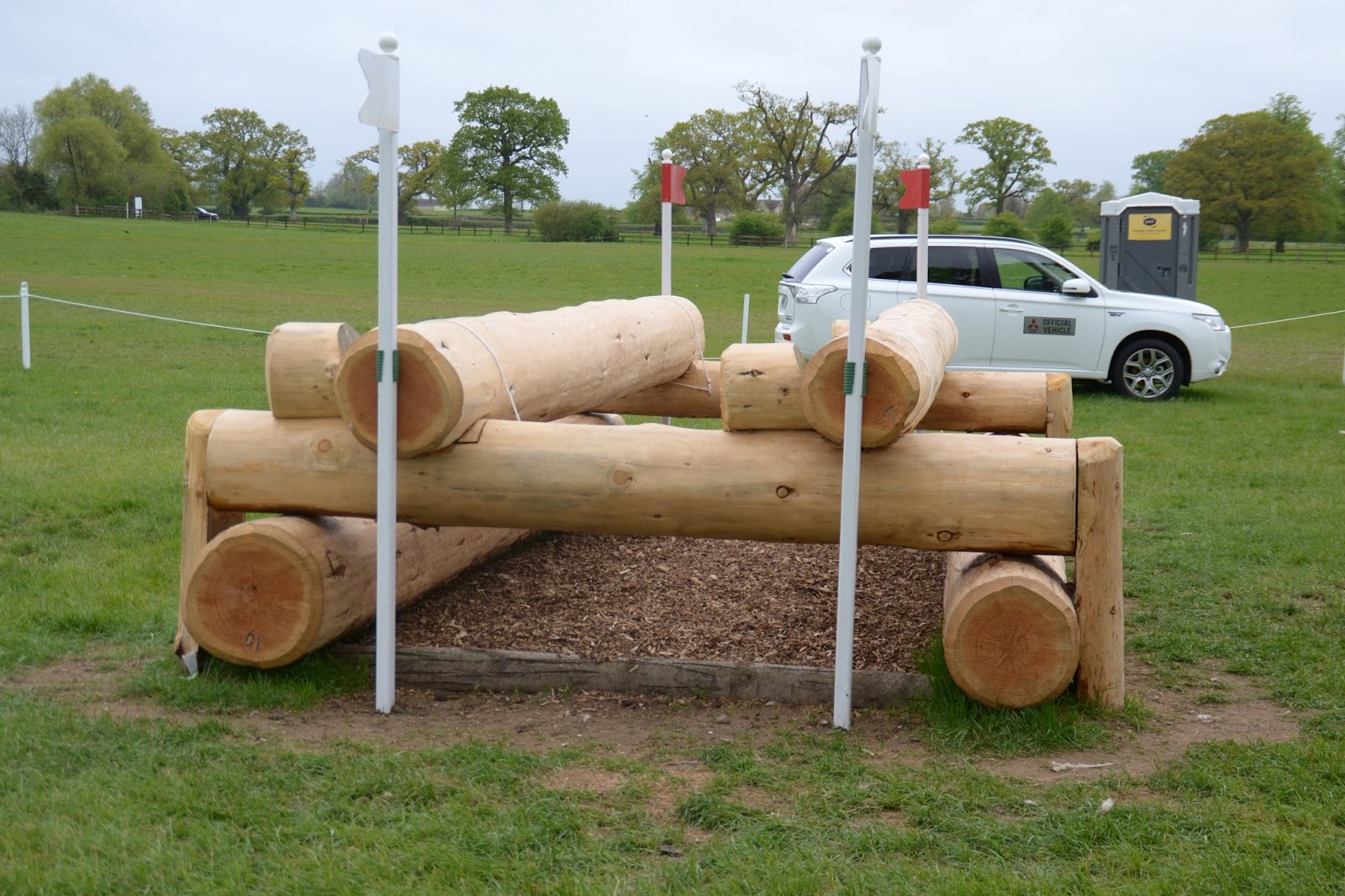 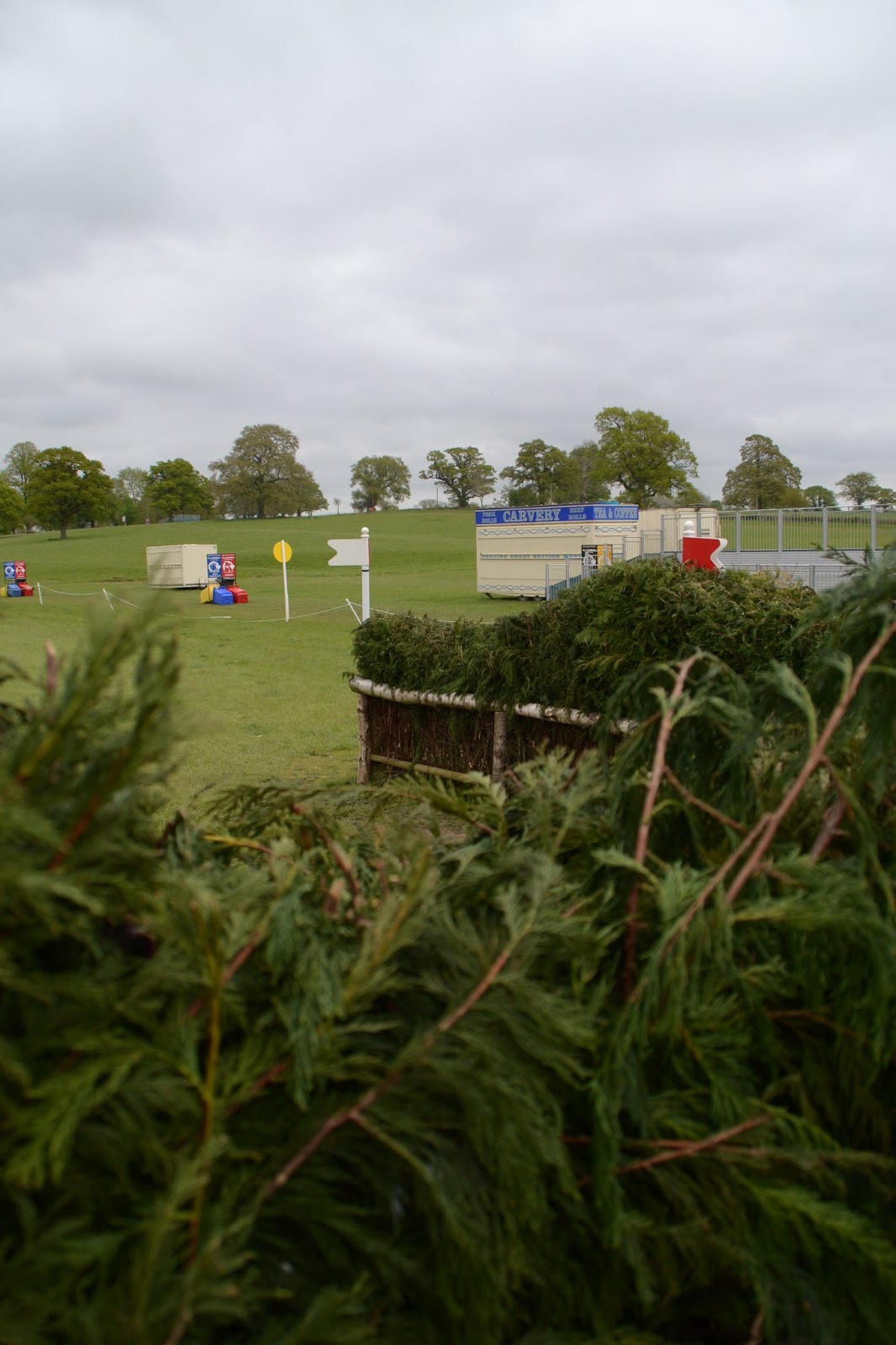 The stadium was fantastic. There was a demonstration of the hounds bred at Badminton by the Duchess of Badminton (we need more duchesses in American eventing). Apparently they are the most famous bitches in England and the best hound stock to breed from. That’s a quote from the announcer, I would never say that. 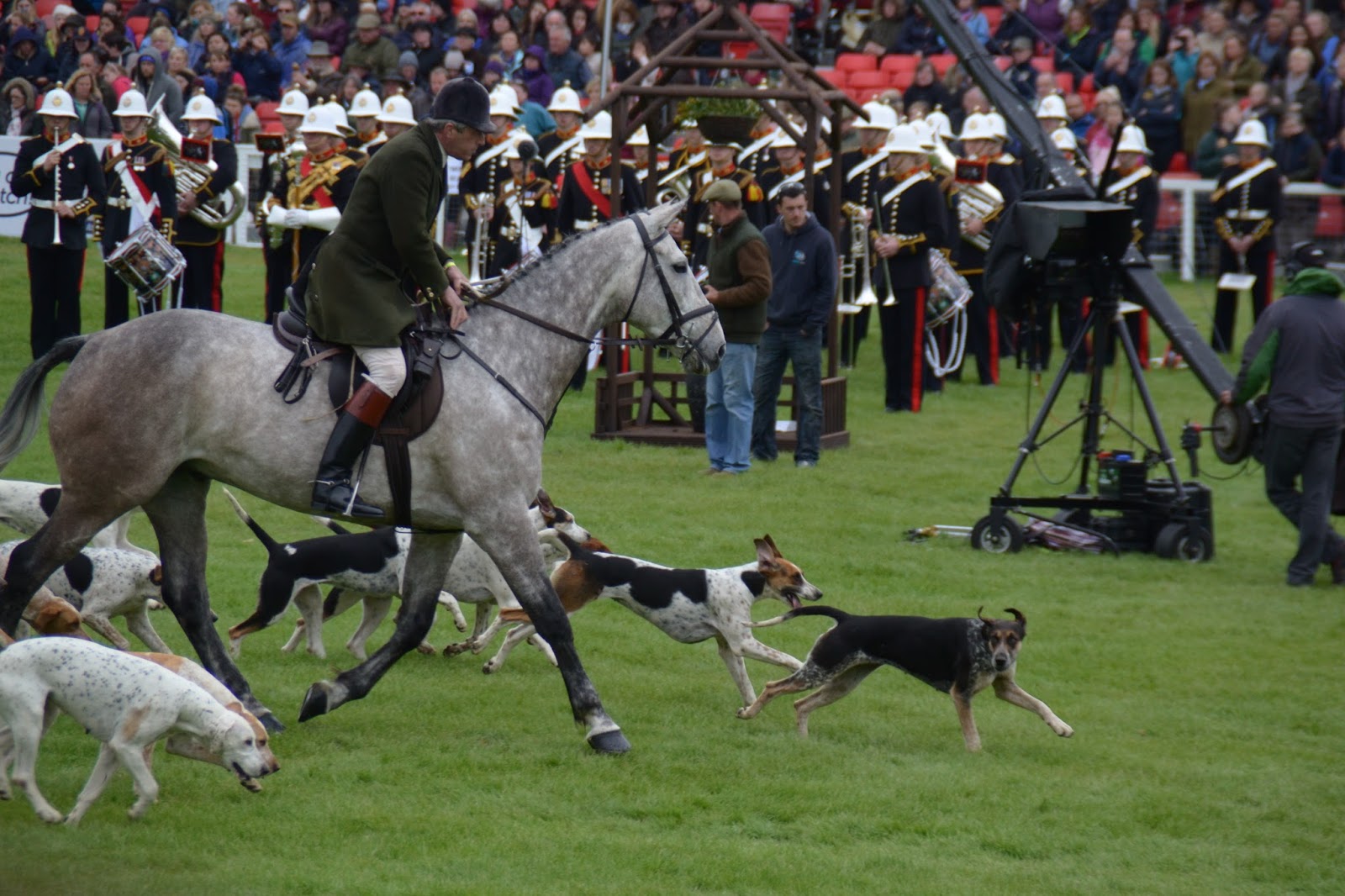 They also had the Parade of Champions in the jumping break where all the competitors did a lap around the arena. My favorites were William Fox Pitt (WFP) and Bettina Hoy — their horses were jumping in the top 20 so they borrowed Pony Club mounts from the foxhunting demo. 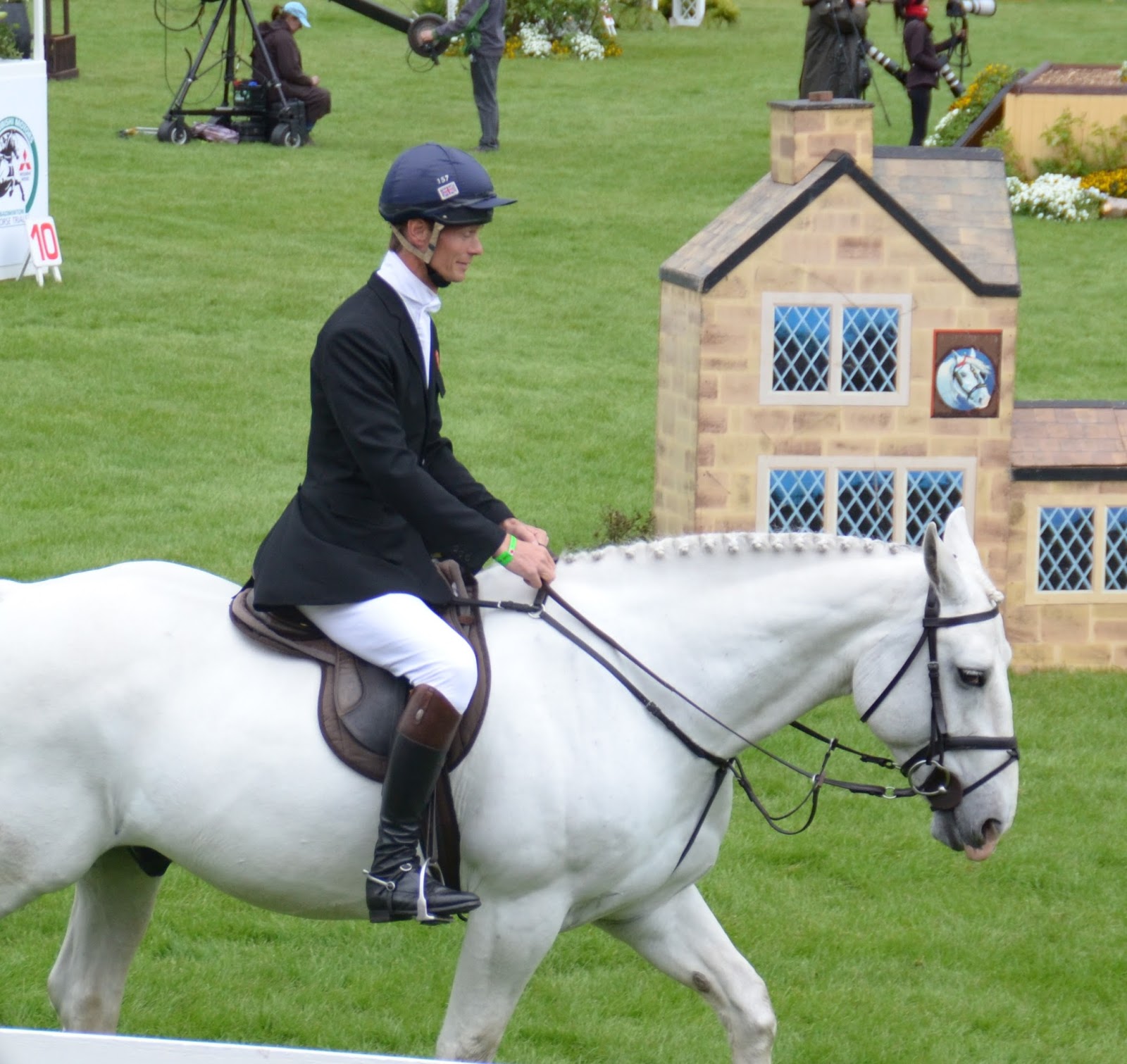 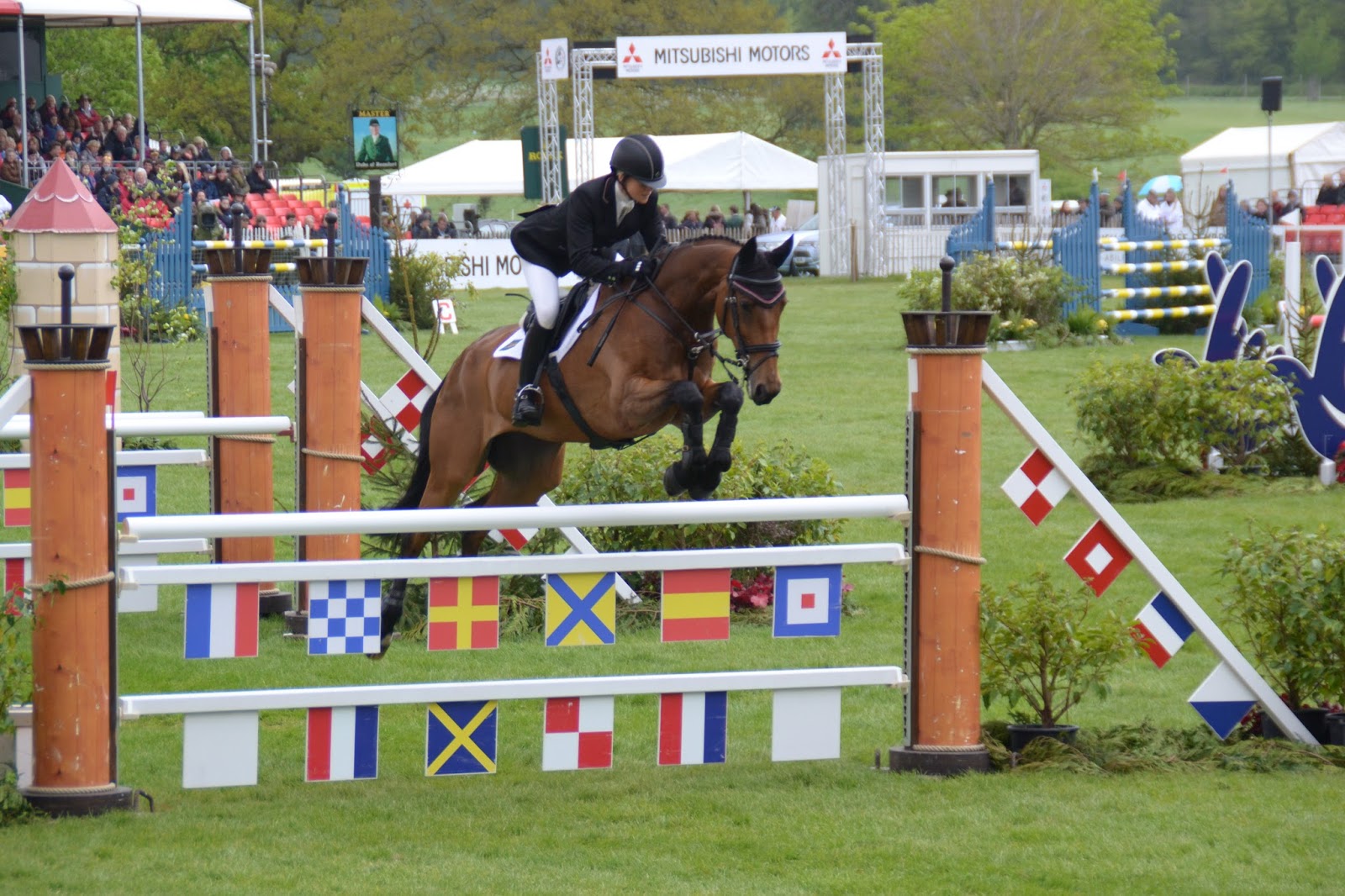 WFP was sitting in second when he went out for his round. Andrew Nicholson didn’t even have a rail in hand above him. Chilli Morning looked wiggly as all get out but WFP rode him masterfully to a double clear round. Andrew and Nereo followed him and got the second jump down, which meant WFP and Chilli Morning had won!! The crowd barely contained itself with an outburst of applause which definitely threw poor Nereo off; he ended up with three rails total. 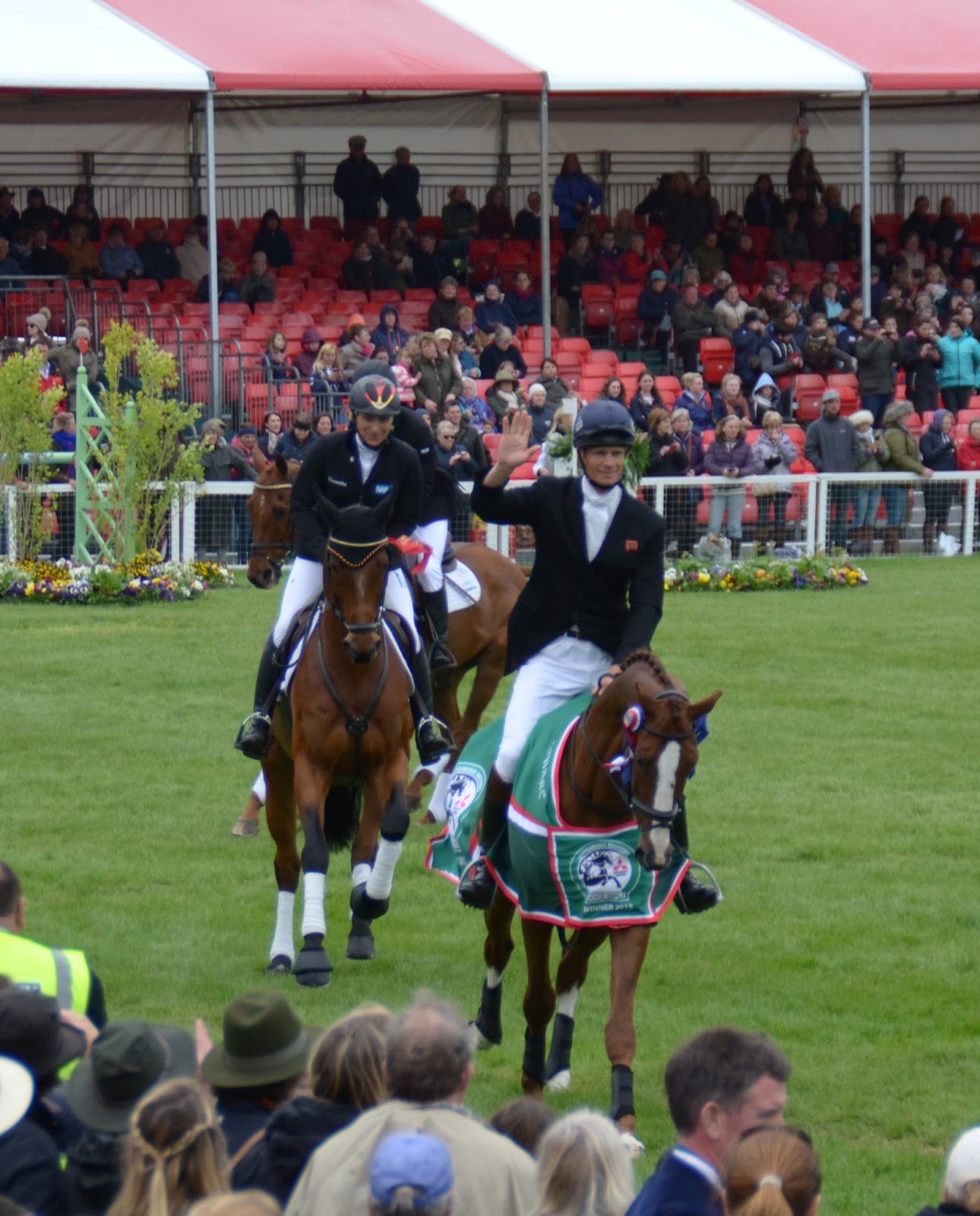 The top 10 was a who’s who of eventing greats. I feel so lucky that I got to see these people all compete against one another (and just outside the top ten, in 12th, was the indomitable Pippa Funnel who got the loudest cheer during the parade of champions). 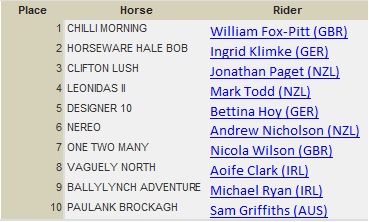 My favorite picture I took the whole weekend was the one below though. The look on the groom’s face makes me melt. 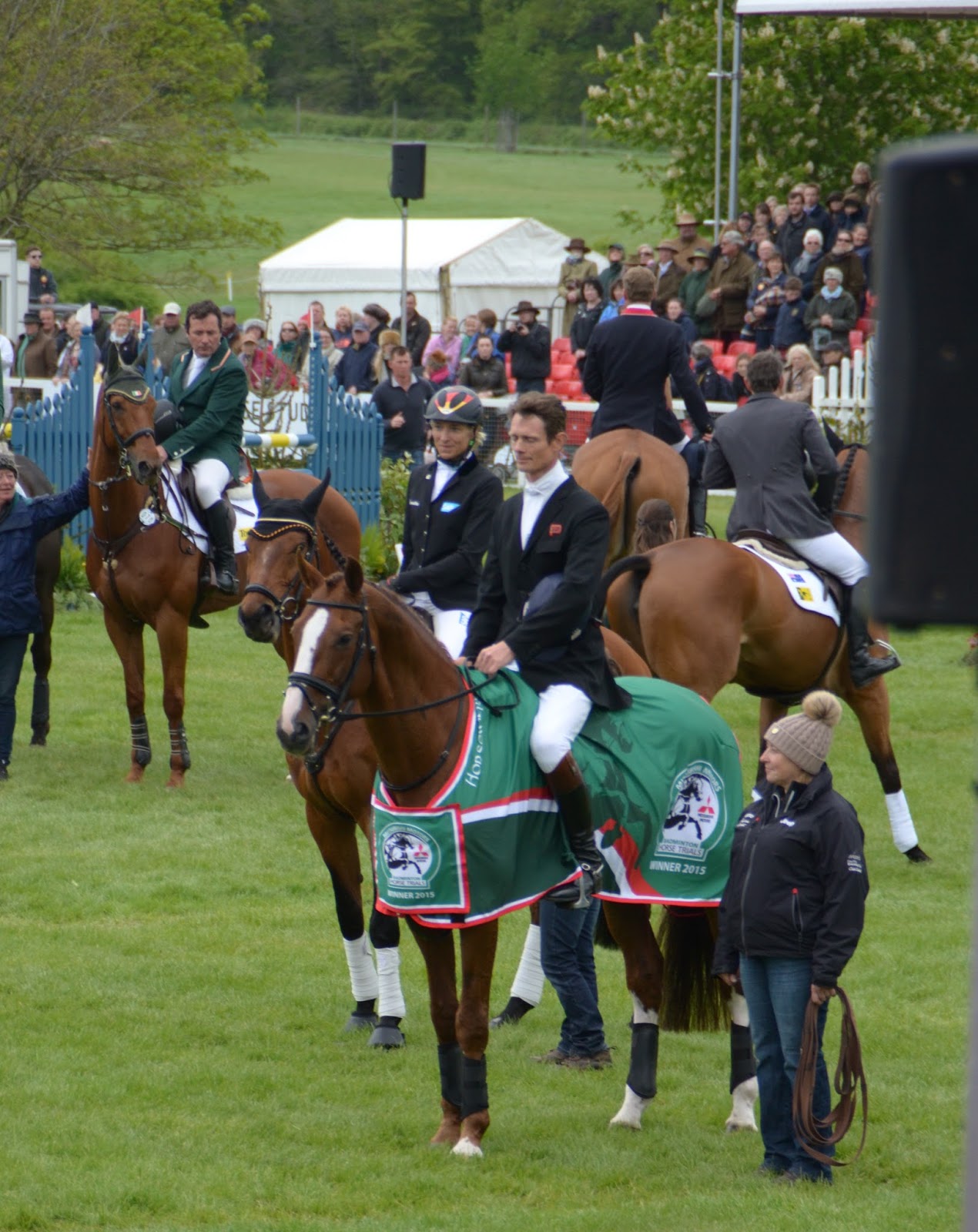 It was such an incredible weekend and I’m beyond thankful I could go. One down, five to go!

Megan is a numbers nerd who dabbles in writing and running. She is also a Professional Unprofessional rider retraining her first off the track Thoroughbred, Runkle. 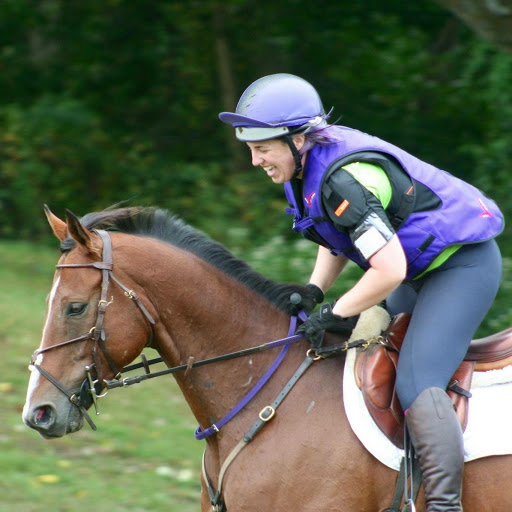