Each British equestrian medal at 2012 was valued at around £2.6 million. Photo by Kathy Carter

When asked to consider the value of the Olympic stage for the sport of eventing, I quickly got distracted. Is it more pertinent to ask what the value is of eventing to the Olympic Games? That question is almost impossible to answer, as data from international funding bodies isn’t available; although each British equestrian medal won at 2012 was valued at around £2.6 million (Source: UK Sport). Of the sixteen sports that ‘medalled’, equestrianism was the sixth best value, in terms of investment versus medals.

So, we can safely say that the value of eventing to the Olympic Games is substantial.

But I digress! What’s the value of eventing being on the Olympic stage? Let’s examine the ramifications of the format changes that this behemoth brand has initiated.

While the Olympics are a majestic display of (so-called) amateur sporting excellence, in real terms, ‘The Games’ is a stonking great business, with dollar signs at its beating heart. Any changes that the International Olympic Committee (IOC) wants are undoubtedly financially influenced; Rio revenue is expected to exceed $6 billion. Each sport must ‘pay their way’ in terms of TV viewing figures etc, and may have to modernise to keep up with other sports.

(Originating in Ancient Greece, it is ironic that in the 21st century, the Games as a brand and institution is now valued at around $47.5 billion; that’s over one hundred times more than the assets of the National Bank of Greece! Source: CNN).

All Olympic sports are categorised by popularity; sadly, equestrianism languishes in the fourth of five categories, along with kayaking and handball. (Ever watched those? Nope, me neither). It is no surprise that the Games’ organisers are asking the world’s sporting bodies to engage audiences by tweaking formats and even names. (Would you watch the kayaking, if it changed its name to ‘Racing On Water On A Fibreglass Plank’? Or ‘Flinging Oneself Down A River Rapid’? It’s food for thought.)

Should we stay or should we go?

Some people are questioning whether eventing should remain in the Olympics. To paraphrase The Clash: Should we stay or should we go? There’s great value in being represented. But at what cost? 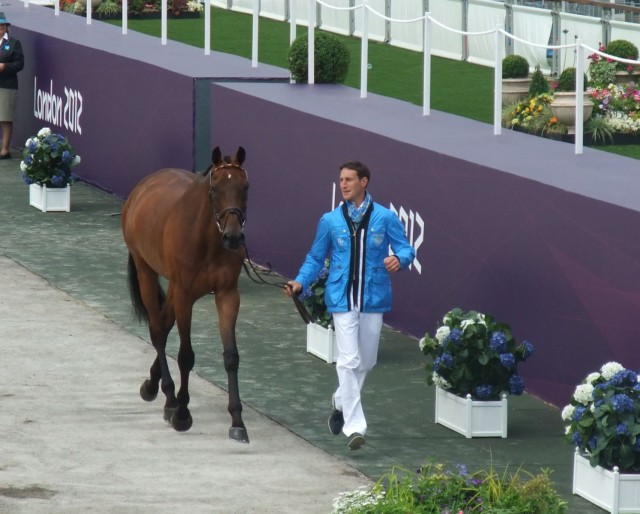 The Olympics is a valuable showcase. (Dirk Schrade is pictured). Photo by Kathy Carter

Eventing has been set the task of attracting larger audiences, being more broadcast-friendly and seeing more nations represented. Reacting to threat of Olympic exclusion, the FEI Eventing Committee proposed suggestions including fielding three team riders with no drop score. A key component of the industry’s suggestions has been the idea of a CIC (e.g. with fewer obstacles on a shorter course than the CCI), and condensing the dressage phase to a single day, using a shorter test. There’s also the divisive suggestion of a name-change to ‘Equestrian Triathlon’.

But let’s just go back to the original question. Is there value in eventing staying within the Games? Well yes, of course. Here’s why:

Staying – at what cost?

But… at what cost do these benefits come? Is it worth staying in the Olympic club (or is it a cult, defined as: “A system of veneration and devotion…”) – if we have to change our beliefs and values? One challengingissue is that the IOC wants more nations to compete – and running three team riders could realise this. But what if less experienced combinations compete at Olympic level? Course designer Mike Etherington-Smith concedes the sport has to try to make the ‘more flags’ proposal work. “In our discipline, there is a risk factor which makes the challenge more difficult. The standard of athlete and horse must not be compromised, and no one wants to see the level of the competition reduced.” 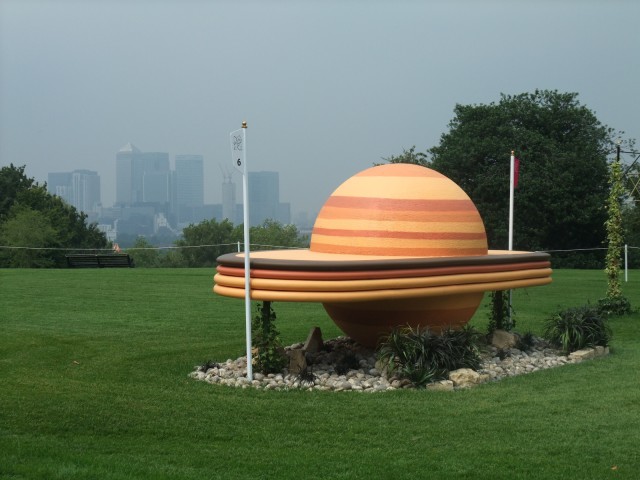 If less experienced combinations compete at Olympic level, the standard must not be compromised. Photo by Kathy Carter

Vet Katie Brickman MRCVS of the UK’s Minster Equine Clinic, also an intermediate event rider, believes that dropping the fourth rider of an Olympic team opens up safety issues. “Having four members provides a slight ‘pressure reliever’, in the sense that as a rider, if you have the slightest concern for your horse, you can retire knowing your team is not out; removing the drop score eliminates this option, and may lead to some riders inadvisably pushing their horses on to the next stage to avoid team knockout.”

Mike Etherington-Smith says the standard of competition must not be lowered solely to allow for more flags. “Athletes and horses must continue to attain appropriate minimum eligibility requirements for championships, including the Olympics.”

So, should we stay or should we go? Well, if we go, there will be trouble. And if we stay, it will be double. There’s value to our inclusion, so let’s stay, act upon the points made in the IOC’s Agenda 2020 document, and make some compromises in order to keep eventing in the high-value Olympic club.

Kathy Carter is an armchair eventing-enthusiast, Mum, business owner and writer. Based in the UK, she owns a talented Irish Sports Horse that is in recovery from a serious illness, and whose mission in life is seemingly to bankrupt his owner and eat her out of house and home. Kathy worked with horses as a riding instructor and groom in a former life, including grooming for a Dutch Olympic eventer, before seeing sense and pursuing a career in media. She has a penchant for post-child’s bedtime Merlot, and a 70s soft rock habit.