Every horse that we ride has a lot to teach us.  The longer we ride, the more we can pick out skills that specific horses have taught us along the way.  However, there is always one horse that starts it all for us.  The one that teaches about riding and makes us into the rider we are today.  This new series is going to tell the stories of the horses that started it all.  This week, I got to chat with Lauren Kieffer about her first four star horse, Snooze Alarm.  Photos are used with Lauren’s permission. 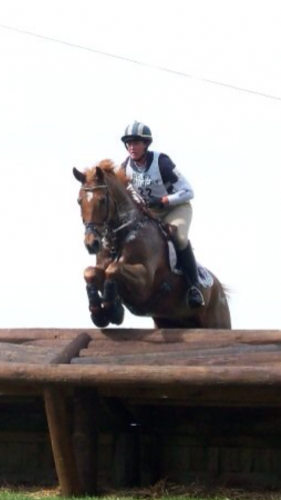 As a fourteen year old girl, Lauren Kieffer found the horse that would give her the taste for being a four star rider.  She was working for Susanna Lansdale, and a spunky chestnut Anglo-Arab arrived to be sold as an event horse.  His name was Snooze Alarm, and he was lovingly known as Maggot.  He was 4 years old and a bit rambunctious.  He had some dressage training, but he seemed to be more suited to the eventing world.  At the time, Susanna was pregnant, thus giving Lauren the ride on Maggot.  Lauren fell in love quickly and begged her dad to buy him for her.  “He said, ‘no.’  I was so upset.  I cried.  So, he said, ‘yes.’ ”  This set their accomplished career in motion. 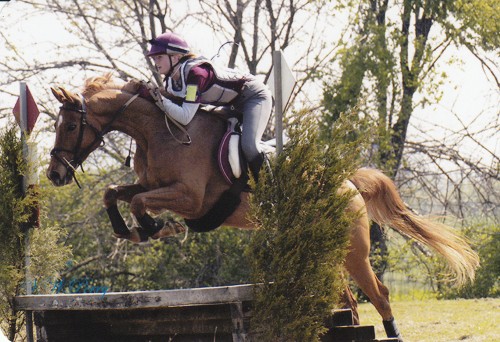 Lauren and Maggot tackling a lower level course together.

Lauren and Maggot started at Beginner Novice and moved up the ranks to Preliminary.  They did a number of JYOP’s together and won quite a few.  When Lauren was 17, she asked her parents to send her to the O’Connor Training Camp as a graduation present.  She wanted to up her game with Maggot and learn as much as she could.  During camp, Lauren asked the O’Connors if they would allow her to be a working student.  They obliged. 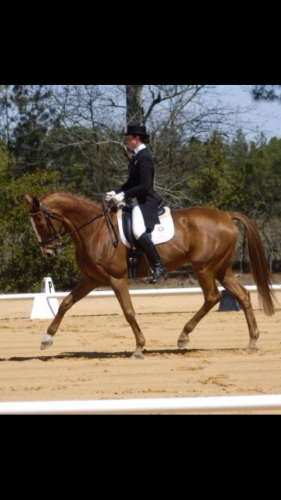 Tigger Too showing Lauren the ropes of the upper levels. Photo by PICS OF YOU

Lauren came home, packed up her stuff, and told her parents she was taking a year off before college to pursue her riding.  One year turned into eight years.  During her time with the O’Connors, Lauren absorbed as much as she could and improved her riding greatly.  Maggot was a difficult and quirky ride, so David allowed her to ride Tigger Too as well.  Tigger was a good boy with a lot to teach her.  “Without Tigger teaching me the ropes, I never would have been able to do what I’ve done with Maggot.  Tigger was an amazing boy that just had so much to teach me.”  Lauren did her first Advanced with Tigger and went on to do her first 3 star with him.  Unfortunately, in 2008, Tigger passed away during cross country at Jersey Fresh from an aortic rupture.

Maggot was a super careful jumper, and he didn’t appreciate Lauren ever getting in the way.  His show results would go back and forth.  One show he would do really well, then the next he would have a stop.  They spent a lot of time fine tuning their partnership.  In 2009, Lauren and Maggot completed their first 3 star together at Jersey Fresh.  They placed 8th out of 29 starters. 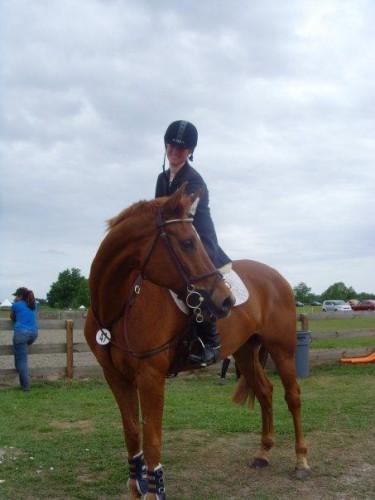 The following spring, Lauren and Maggot made the trip to Kentucky that all US eventers dream about.  She and Maggot put in a pretty great first time four star performance to end up 29th out of 53 starters.  People asked her if she was worried going into the event.  “I told them, either he would stop out at the 3rd fence or we would rock around.  That’s just the kind of horse he was.  As long as I didn’t make any huge mistakes early on, he would be great.” 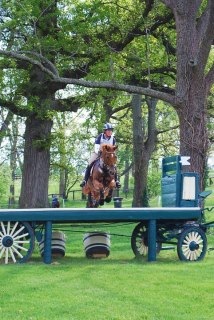 Lauren and Maggot at Rolex. Photo by Kelly List and used with permission.

Lauren was quite pleased with her horse.  She decided after Kentucky to retire Maggot from upper level eventing.  He was not an old horse, but he was not put together very well, and she didn’t want to run him until he broke.  Instead, she gave the ride to a young rider for a bit before he ended up at home in Illinois with her mom.  Lauren’s mom and Maggot are currently training to do horse agility competitions.  She rides him around in a rope halter and they do tricks together.  Because he is so smart, Lauren was worried about just chucking him out in a field for the rest of his life. 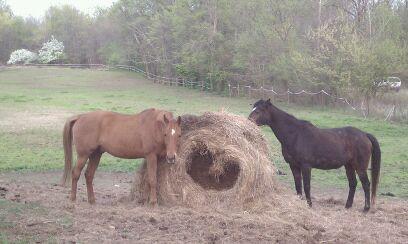 Maggot enjoying his retirement in Illinois

Maggot is an amazing athlete with so much to offer as an eventer.  Lauren states, “So many people in the US overlook the Arab type horses, but they have a lot to offer as eventers.  They have a lot of endurance, they are super smart, and most are lovely movers.  The Polish Arab breed makes a great cross.  In Europe, the Arab cross has really done well.”  She also reminisces that Karen always really liked Maggot, but David did not start out as his biggest fan.  Before her first Advanced, David jumped Maggot in a lesson.  He got off, handed her the reins and said, “I wouldn’t take this horse Preliminary!”  No worries, though, Maggot went on to be one of David’s favorites.

On an exciting note, Lauren had the opportunity to purchase Maggot’s full brother, and they will be making their Preliminary debut together this spring.  She is currently trying to syndicate him and is really excited about his future.