In "The Science Bit" Kathy Carter brings us a roundup of new developments in veterinary, nutrition and sports science. This week she examines bovine protein serums, a new grass sickness resource, equine obesity and steroid-induced laminitis. 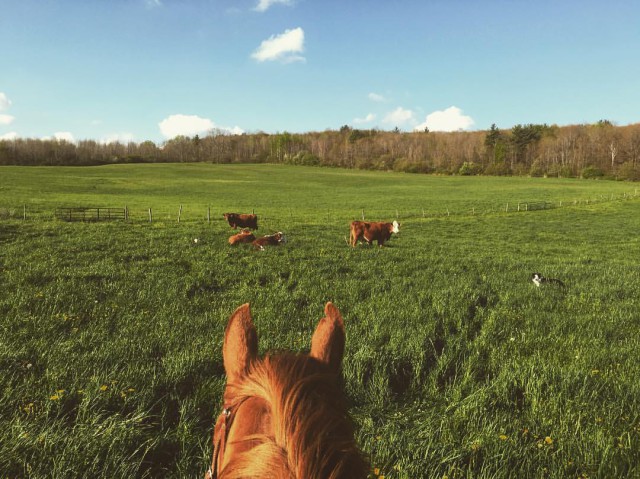 American researchers have been evaluating the potential benefits of bovine blood proteins given as a dietary supplement to horses, to help reduce the onset of equine gastric ulcers.

(Bovine serum concentrates have already been found to reduce stomach ulcers in pigs, while most piglet ‘starter diets’ in North America contain plasma proteins; they have been administered to pigs for 25 years now, as a well-established practice.)

The research team found demonstrable ‘preventative effects’ in the horses that received ‘cow protein’ to prevent the onset of ulcers. The study was published in the Journal of Equine Veterinary Science, reporting: “Dosing horses with bioactive proteins derived from serum was effective for preventing gastric ulcers in horses experiencing stress from exercise or training.” The serum-based product used in the studies is available in America as a feed additive. 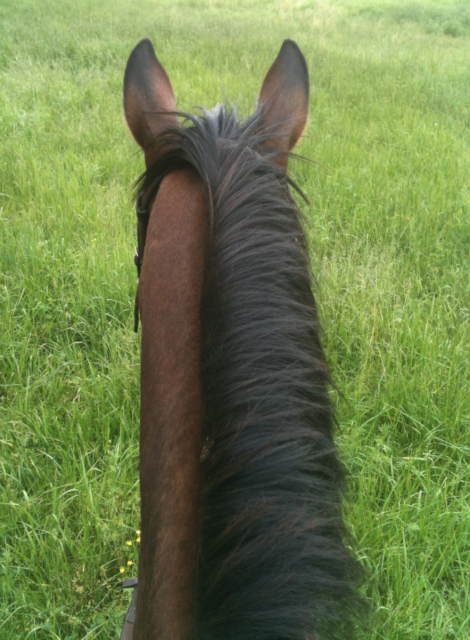 According to the Equine Grass Sickness Fund, the only registered charity in the UK raising funds specifically for research into Equine Grass Sickness (EGS), the Equine Veterinary Journal has this month published a free collection of resources for horse owners and vets. (Click here and choose ‘Issue information’ and then ‘Special focus on grass sickness’ from pull-down menu to access the resources.)

Grass sickness occurs in several European countries, although is rare in other territories, including America, Africa, Australia and Asia. The cause of EGS remains unknown. EGS causes gut paralysis as a result of damage to parts of the equine nervous system that control involuntary functions. A new viewpoint revealed in the EVJ is that, contrary to current theories linking EGS to botulism, EGS is unlikely to be caused by neurotoxins from this bacterium.

Four separate studies are included in the paper. Professor Bruce McGorum who led much of the research, said researchers were ‘moving on’ to determine whether EGS is caused by ingestion of mycotoxins produced by pasture fungi. 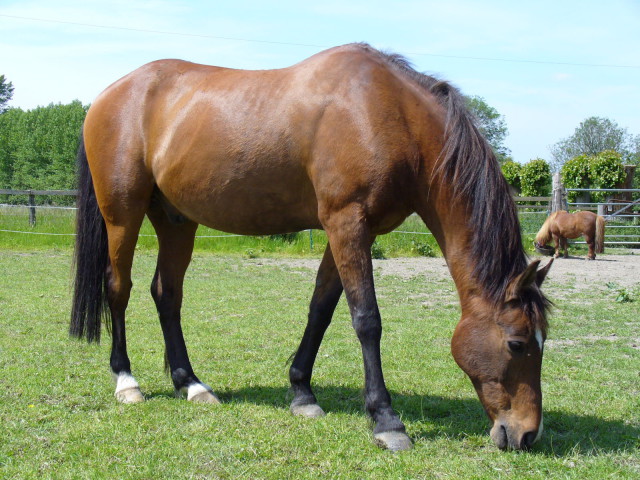 Do you accurately assess your horse’s body condition? Photo by Kathy Carter.

Are owners in denial about equine obesity?

A study published in the Australian Veterinary Journal sought to determine the prevalence of equine obesity in equines, and to compare owners’ perceptions of their animals’ body condition with researchers’ assessments.

Owners tended to perceive their equines to be in significantly lower body condition, compared with the researchers’ assessments.

The findings concluded: ‘Understanding how owners perceive the body condition of their animals may help with targeting education around preventative health care, with the aim of reducing the risk of conditions such as insulin dysregulation and laminitis.’ Interestingly, a considerably higher proportion of pony breeds fell into the ‘obese’ category. 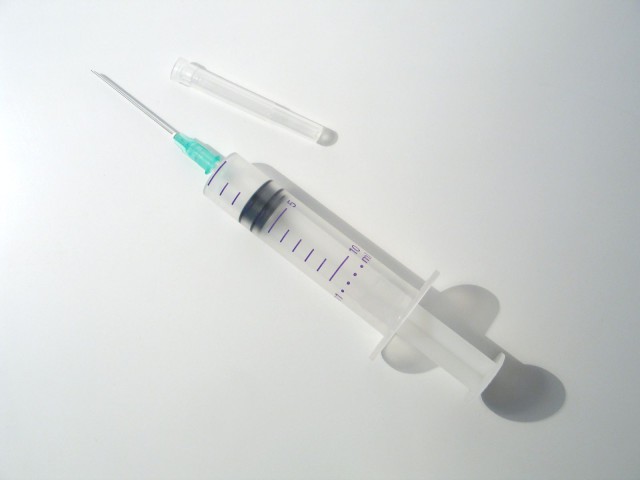 Steroids are injected into the joint space using hypodermic needles. Photo by Freeimages.com.

Staying with news linked to laminitis, the British Equine Veterinary Association Congress, held in September, included news on the prevalence of ‘Corticosteroid-Associated Laminitis’ in horses.

Corticosteroids, or steroids, are a group of anti-inflammatory drugs used frequently to treat issues including lameness problems. (Example brand names include Adcortyl and Kenalog). Their use is perceived by many horse owners to be a risk factor for acute laminitis development; however, the year-long study, published in the Equine Veterinary Journal, found that the prevalence of corticosteroid-associated laminitis was extremely low.

It did reveal that laminitis development was significantly greater in equines with pre-existing laminitis risk factors.