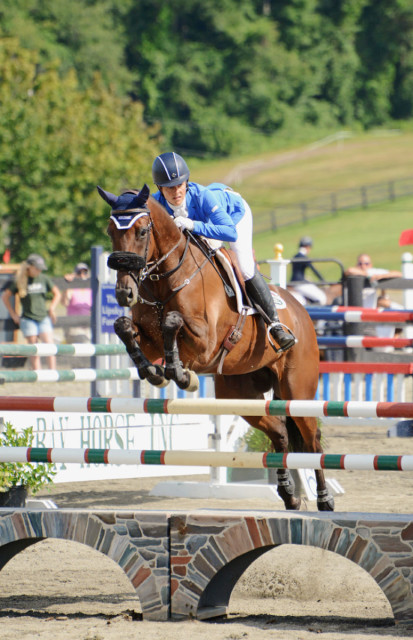 Eventing is indirectly impacted by the racing industry since many of our beloved equine partners are found through contacts at various race tracks around the country. The promotion of the OTTB is in full-force for good reason. The number of young Thoroughbreds who are successful in second careers as eventers is at an all-time high.

The Jockey Club, the North American Thoroughbred breed registry, was established in 1894 to improve breeding and racing in Thoroughbreds. Among others, the organization plays a key role in the development of safe training methods, medication regulation and improving breeding practices.

The sport of kings is amazing to watch, but the industry has been highly scrutinized for incidents involving injuries and subsequent deaths of horses at race tracks. Some have criticized the industry for not doing enough to help the horses. Well, The Jockey Club was hard at work this weekend with a round table discussion among many key players offering their opinions and voting on various issues facing the racing industry and Thoroughbreds in general.

Three of the most notable topics were regarding the pursuit of federal legislation for medication reformation laws, the requirement of microchips in order to register foals starting in 2017 and the recommendations by The Jockey Club’s Thoroughbred Safety Committee.

Kentucky Governor, Steve Beshear was in attendance at the conference and discussed Kentucky’s endorsements for reforms, and believes “our collective experiences over the last several decades have demonstrated that individual state racing commissions cannot get this job done,” he said. “The only way to achieve these changes is through federal legislation.”

Microchips are commonly used to identify dogs in the US, but come 2017 they will be required for the registration of Thoroughbreds through the Jockey Club to improve the efficiency and reliability of the identification process in North America. This practice is already active in several other countries and seeks to enhance identification and quality of the breed.

The Jockey Club’s Thoroughbred Safety Committee also made two new recommendations at the conference regarding a centralized database for data collection during post-mortem exams of racing-related injuries, as well as a demonstration of fitness requirement for all Thoroughbreds featured on any official veterinarian’s lists regarding “soundness, illness, physical distress, infirmity or any other medical reasons.”

Additional information, including a transcript of the Round Table Conference, can be found on the Jockey Club website. It’s good to see steps being taken to ensure the health and welfare of North American Thoroughbreds. Go OTTB’s! Go Eventing!