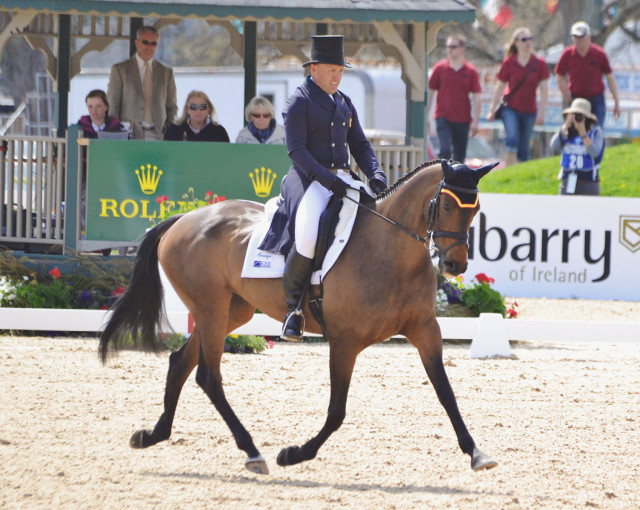 Our top three remained the same after seeing the fourth and final group here on the first day of dressage at the Rolex Kentucky Three-Day Event. Three Americans are heading to the press conference, as Michael Pollard leads with Mensa on 49.5, Will Faudree sits in second with Pawlow on 49.8, and Doug Payne and Crown Talisman hold third on 51.2. Doug will withdraw Tali in order to head to France text month to use his Land Rover competition grant for the Saumur CCI3*, which has to be a bit of a bittersweet decision after sitting in such a good position after their dressage test. 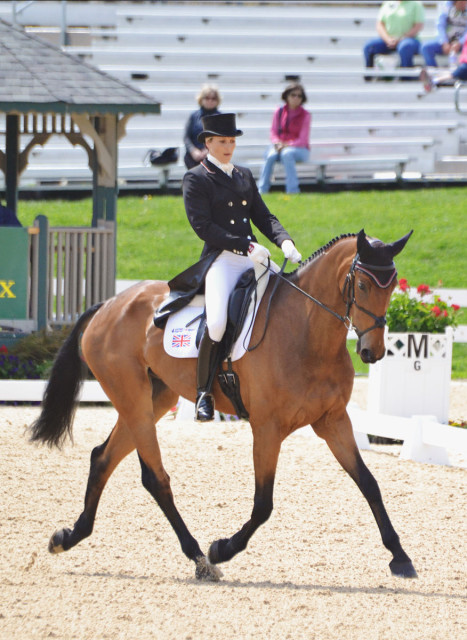 As for notable tests in this fourth and final group, Sarah Bullimore and Reve Du Rouet recorded the best score (52.7) for ninth place. This is the horse’s first four-star, and he was settled and relaxed for the most part for a very nice performance. Buck Davidson and Petite Flower also had a notable performance in this last group, scoring 54.0 to round out the top 10. This is Flower’s first four-star, and Buck took some time to stop her for a chance to look at the grandstands before starting their test. She’s a pretty laid-back horse, and she took everything in stride for a very a good performance in her Rolex debut. 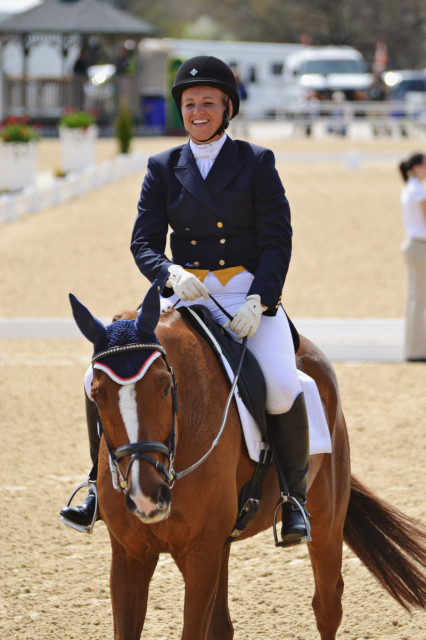 The loudest cheer award is a tie between Kevin Keane and Fernhill Flutter and Julie Norman and Consensus. By the decibel level of the applause, it sounded like every one of Kevin’s clients showed up to watch him go in his very first Rolex appearance. At age 59, Kevin is the oldest competitor in the field this year, and it was definitely a special moment to watch him be congratulated by all the supporters who have helped him get here. Julie Norman was all smiles after completing her test in her Rolex debut. 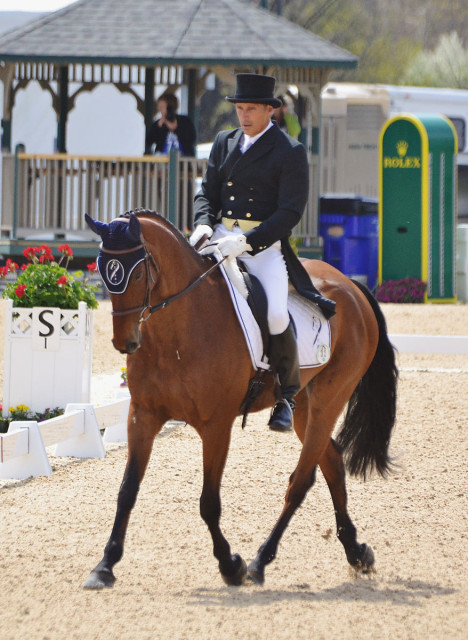 The press conference is underway now, and Leslie will be bringing you a full report of Michael, Will and Doug’s thoughts on the day. I’m off to do the Rolex Ride the Course Tour led by Bruce Davidson and Lynn Symansky, so I’ll have lots of photos, videos and thoughts on the course from a true legend of the sport and one of our rising stars. If you’re just now checking in to our coverage, be sure to check back through John’s open threads and the live blog to get an idea of what happened today. It’s been a fantastic start to Rolex, and we have to send a special shout out to the organizers, volunteers and everyone who is making this event possible. Go eventing. 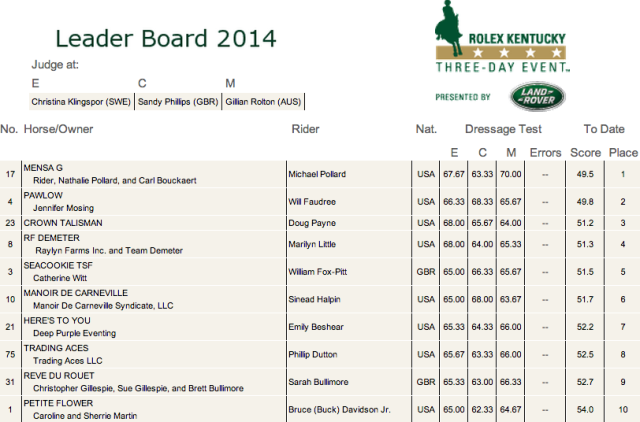