Laine Ashker and Anthony Patch finished third in the inaugural $50,000 Wellington Eventing Showcase, taking home a $6,500 check and a boatload of great selfies to boot. Read on for Laine's thoughts on the weekend and click here for all of EN's coverage of the showcase. Go Eventing! 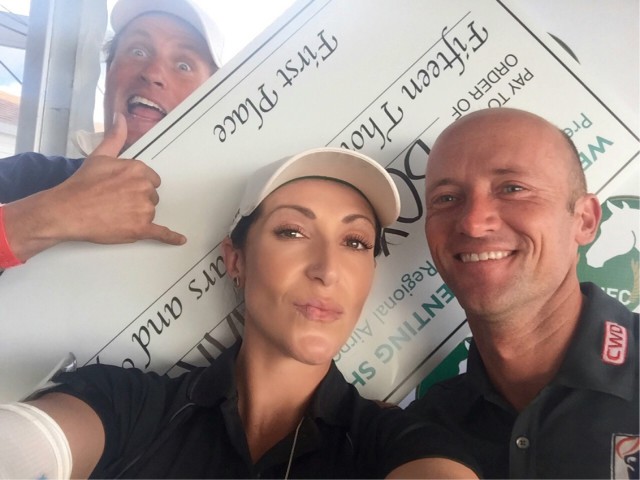 It wouldn’t be eventing in Wellington without a selfie! Photo courtesy of Laine Ashker.

Growing up hearing about Wellington, I’d always imagined it as a far away luxurious island filled with all the shiny things (really sandy manicured bridle trails). I have to tell you that my imagination did not deceive me in the slightest.

From the oversized, matted, permanent stabling; the decadent VIP tent, which actually featured REAL silverware (it was REAL silver, people); the plush arena footing that would make even the choppiest of trots rival that of Totilas; and the famously familiar faces (ahem, “The Boss”) living it up at the rider’s parties, Wellington certainly lived up to its name in every aspect.

I received the invitation to the Wellington Eventing Showcase a week before I broke my arm in late November. After having two weeks off from trot sets, another two weeks off from dressage work and another week and a half off from jumping exercises, that put me well into January, giving me a solid three weeks to prepare for a three star level showcase (GULP!). 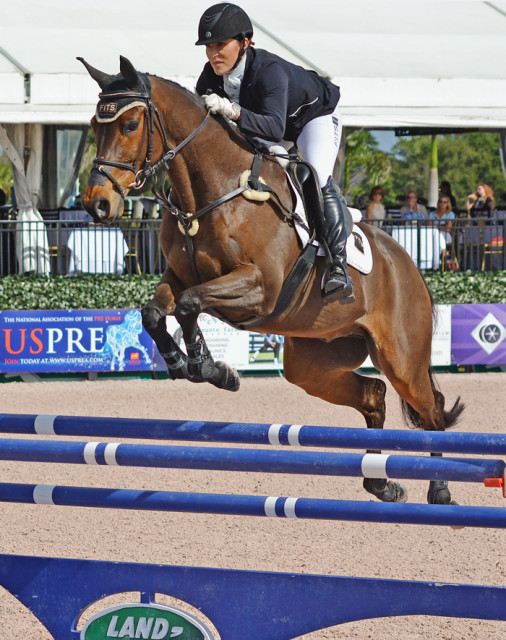 And therein lies the power of a relationship, folks. Having had Al for over 12 years, bringing him from his first Beginner Novice to multiple four-star events, it goes without saying that the two of us know one another pretty well. For example, when it comes to the dressage, I know Al doesn’t react to the “atmosphere” like some of my younger less experienced horses do, which is a large reason why I chose to carry a whip in the ring to offer him a few little reminder taps to keep his hindquarters engaged.

I also know that when I make a bonehead decision to add an extra stride to a difficult line in the show jumping, Al is going to try his damnedest to keep the sticks up despite his pilot. Above all, I know that when push comes to shove and I haven’t had a cross-country school with him since the American Eventing Championships in September 2014, that I am sitting on one REALLY GAME pony that loves his job.

It’s pretty obvious that I am absolutely ecstatic with Al’s performance at the Wellington Eventing Showcase. It’s such an honor to be riding amongst our country’s best riders and horses let alone to be placed in the top three against them. 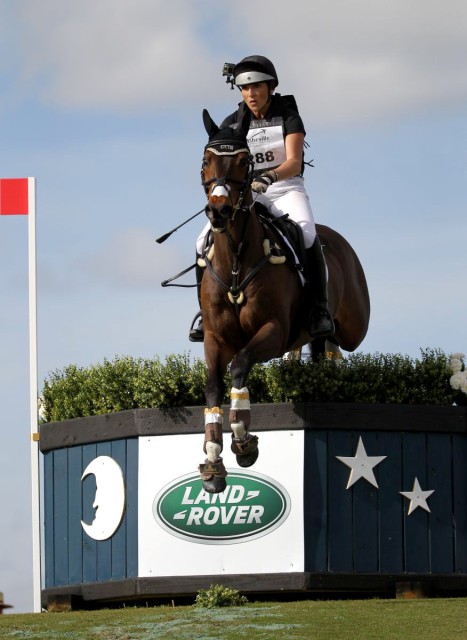 It was also very exciting to be apart of something so innovative and brand new such as this showcase in Wellington, and I truly believe that Mark Bellissimo is and will continue to build eventing in a positive light and generate more sponsors and money for the sport we love so much.

From the live stream featured on The Chronicle of the Horse, Dom and Jimmie Schramm’s entertaining color commentary and Sinead Halpin’s witty post cross country interviews, the oodles of media in attendance each day, the perfectly manicured turf on which the flawlessly decorated cross country course was built, the massive amount of prize money which yielded a star-studded line up of horses and riders, Mark and his crew cut no corners.

We as athletes, both equine and human, were welcomed with open arms to Wellington, and it was a pleasant surprise, probably from both ends, that eventing produced such a large audience, especially on cross-country day. It’s going to be interesting to watch the opportunities that arise from last weekend’s showcase.

Perhaps this is the beginning of a new kind of “made for TV” type of eventing that will draw more spectators, sponsorship and overall awareness to catapult our sport to the next level. Either way, I am all for it and I think the blending of Wellington and eventing adds a nice “je ne sais quoi” — wouldn’t you agree? Until next time, guys, sit back, relax and sip your mojito under a palm tree as you watch the eventers take over Welly World.