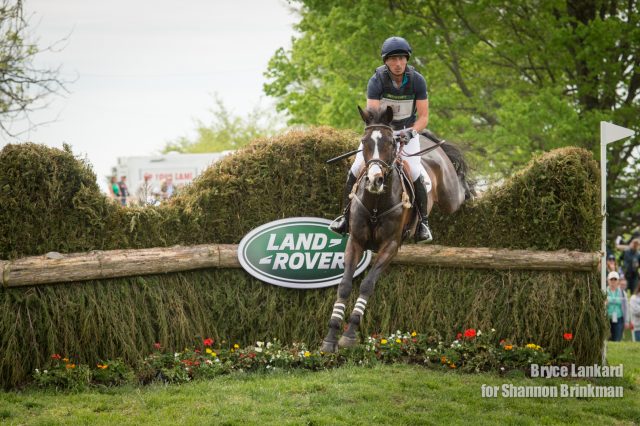 We have a changing of the guard at the top of the FEI World Eventing Athlete Rankings, as New Zealand’s Tim Price has taken over as World No. 1 with 557 points. A third-place finish at Kentucky with Xavier Faer and a 10th-place finish at Badminton with Ringwood Sky Boy ultimately boosted Tim to the top.

“I have to admit to wanting to achieve this for some time. It’s gone from a dream, to a driving force, to a reality. It feels pretty special that’s for sure, mainly because it’s more a recognition of consistency, rather than just outright winning,” Tim said.

“I try to bring the best out of every opportunity I have — not always to win, but always in a way that has my horses wanting to give effort for their own satisfaction and enjoyment. For me, it’s the coming together of all the hard work, a strong focus and great partnership with my equine friends.”

Great Britain holds the next four slots in the rankings, with Kentucky winner and former FEI World No. 1 Oliver Townend moving up one spot to rank second with 520 points. Badminton winner Piggy French also moved up one spot to third with 505 points.

Ros Canter, who became the first woman since Mary King to hold the title of FEI World No. 1 and is currently expecting her first child, has slipped back to fourth in the rankings with 490 points.

Tina Cook jumped up 28 places in the rankings to fifth with 402 points, bolstered by a seventh-place finish at Badminton with Billy The Red.

Australia’s Chris Burton also made large gains in the rankings, moving up 31 spots to sixth thanks to finishing third and fourth at Badminton with Cooley Lands and Graf Liberty, respectively, as well as winning the Saumur CCI4*-L with Polystar I.

Boyd Martin dropped one slot to 11th with 337 points but remains the highest ranked U.S. rider. Lauren Kieffer sits just behind him in 12th with 336 points, with Phillip Dutton ranked 16th with 329 points.