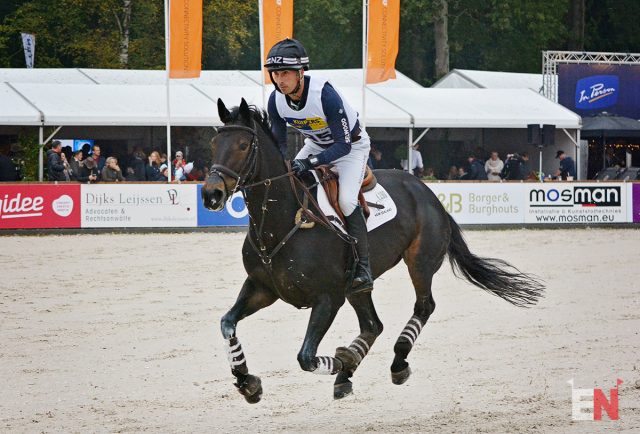 All predictions came true for cross country day at Military Boekelo CCIO3*, with dark and stormy conditions plaguing horses and riders from the start here in Enschede, Netherlands. While it didn’t come bucketing down as intensely as it has over the past two days, a steady rain fell from the morning through the afternoon.

Tim Price ultimately prevailed as the 95th of 98 starters to set out on Sue Benson’s course, jumping clear with 4.0 time penalties aboard Cekatinka, an 11-year-old KWPN mare (King Kolibri X Katinka, by Julio Mariner xx), to move up from fifth after dressage and lead overnight on 43.7.

“It’s always a difficult thing when you go at the end of the day because you have to spend all day watching people do things very well and other people do things not so well, so it’s hard to stay on your focus and not get distracted by other things,” Tim said. “She’s not got a lot of experience at this level, but she’s a very clever horse. She knew her job, so I stuck to my plan.”

Ros Canter produced this mare to the two-star level before Tim’s wife, Jonelle, took over the ride last year. Jonelle won the Lignières CCI2* on her a year ago before passing the reins to Tim while expecting her first child. As to whether the mare will now return to Jonelle, as they happily welcomed their son last month, Tim quipped: “She’s not getting her back!” 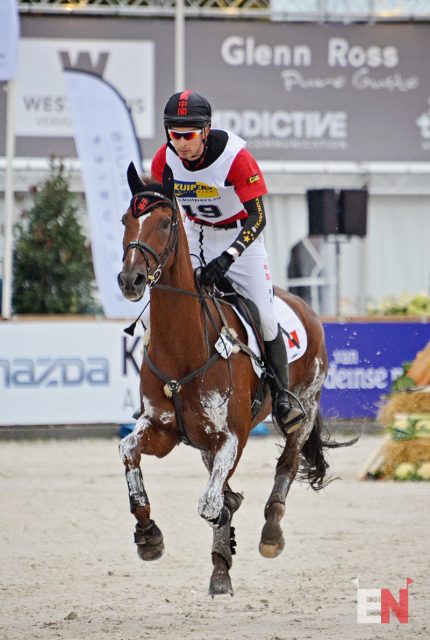 Tim Lips and Bayro, an 11-year-old Hanoverian (Casantos X Vanya, by Corland), lead the Dutch National Championships thanks to a clear round and 6.4 time penalties to move from second to third place on 45.5. Click here to see full individual scores after cross country. (Note that official scores have not yet been released due to a number of appeals.)

New Zealand leads the Nations Cup standings on 152.9 after cross country, with Germany in second on 166.3 and Australia in third on 183.7. Team USA sits eighth of 11 teams, with two of our three riders jumping clear rounds today.

Cross country proved to be very influential, with 50% of the field jumping clear — lower than the 60% average we have seen over the last seven years since EquiRatings started tracking statistics. Just one pair made the time — Chris Burton and Kate Walls’ Cooley Lands, to skyrocket up the leaderboard from 69th to 10 place. 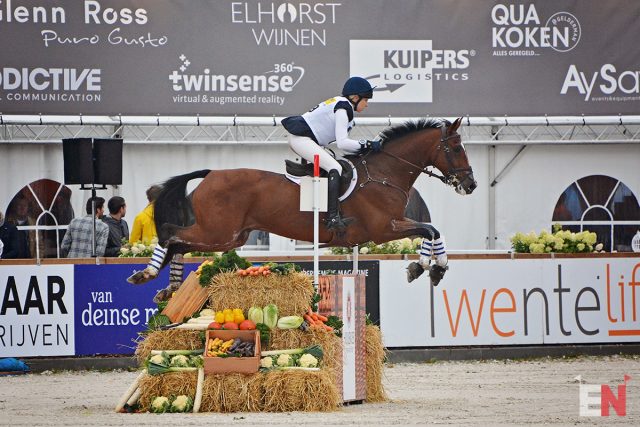 Liz Halliday-Sharp and the Deniro Z Syndicate’s Deniro Z, a 9-year-old KWPN (Zapatero VDL X Zonne-Trend by French Buffett xx), moved up from 24th to 16th place as the highest-placed American pair, jumping a cracking clear round with 10.4 time penalties in the horse’s CCI3* debut.

“What a horse! It was only his second Advanced in his life, and he just did his first two-star this year. To give me the feel he gave me around Boekelo was incredible. He got better and better as he went. He finished very fresh and I could have gone faster, but I really wanted to take care of him out there since it was his first CCI3*,” Liz said.

“This is one of the wetter Boekelos I’ve been to. I tried to find the best ground I could, which is where some of the time faults came from him, and also because I am thinking of him as a horse for the future. Today wasn’t about trying to get the time. I really wanted him to have a good experience in his first CCI3*, and I’m thrilled my owners, Rob and Chris Desino, were here to watch him.” 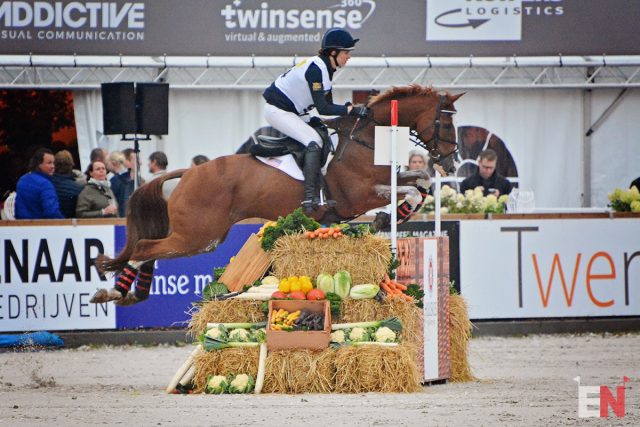 Caroline Martin had a very long day waiting to go with Pebbly Maximus, her own and Sherrie Martin’s 14-year-old Irish Sport Horse (Nazar X Kelshamore Lady). They set out of the start box as the fifth to last pair to go and powered through the slop to jump clear with 13.2 time penalties, moving from 60th up to 32nd place on 63.4.

“He has the biggest heart of any horse I’ve ever ridden. It was very, very muddy, but I just kept kicking and he kept going. My number one goal was to jump all the jumps clear, and that’s what we did. It was one of those rare times where everything went to plan. He was pretty foot perfect,” she said.

“He’s a very short horse and he doesn’t have a huge stride, but he has a more open stride on cross country. My original plan at the water was to go left, but I re-walked it and decided to do the right-hand side, which actually worked out well. At the last question going down the hill to the brush corner he was dead straight.” 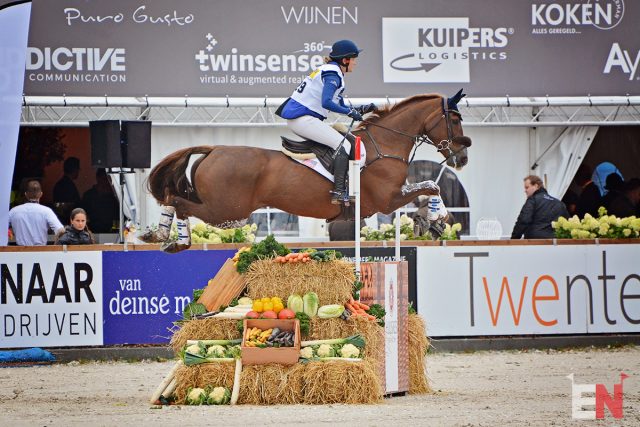 Katherine Coleman and Back to Business II, the pathfinder for our three-rider USA Nations Cup team, were one of 27 total combinations that had trouble at fence 8, a combination of three brush corners, to give us a 28% total fault rate for 8A, 8B and 8C combined. They also picked up a runout on course at 24b, the brush corner at the bottom of the steep hill following 24A that caused trouble for 11 total combinations.

“She was a bit naughty at that last stop because she locked onto the fence and at the last minute ducked out. I think we’ve got some homework to do over the winter to get her on side a little bit more,” Katherine said.

“She’s going to be as fast as Longwood when she gets established, but she went green on me at those difficult questions. I think she needs a solid season at three-star level next year to get everything confirmed. She’s a really exciting horse for the future. It wasn’t lack of scope; she just needs to focus a bit more.”

Chef d’Equipe Leslie Law also weighed in with his thoughts on Team USA’s performance after cross country: “Katherine was first out for the team, and the horse just showed a bit of inexperience. I think she’ll come on from this and be another horse after Katherine has another winter with her.

“I thought Liz rode fantastically. It’s a young horse and has very little experience at the Advanced level, so it was a lot to ask of him. She rode really positively — forward and in a great balance everywhere. He’s definitely a very exciting horse for the future.

“It was a very good experience for Caroline to have to sit around all day and have to wait until the very end of the day to go. These were not easy conditions, and she had a fantastic ride on the horse.”

The final horse inspection is at 9 a.m. local time, 3 a.m. EST tomorrow. The first group of show jumping starts at 11 a.m. local time/5 a.m. EST and will be streamed live on the Boekelo website. Click here to catch up on all of EN’s Boekelo coverage. Go Eventing.