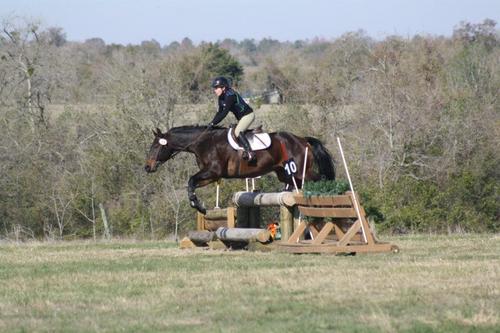 Winter in Area Five is both a blessing and a curse to most eventing enthusiasts. These short few months typically mark a lull in show activity due to impending holidays and the chilly, wet weather. Event Riders are given the opportunity to rest their horses, take some much needed time off, or focus solely on training work at home. All of which can become incredibly dull without a goal to strive towards during the break. During this inactive time of year, many riders content themselves with schooling days and short hacks, all while waiting anxiously for spring to arrive and bring with it a new year of shows and combined tests.

But not this year! Fortunately for us, December 2011 marked the debut an exciting addition to the Area Five recognized schooling show circuit. The High Point Farm Candy Cane Eventing Derby! 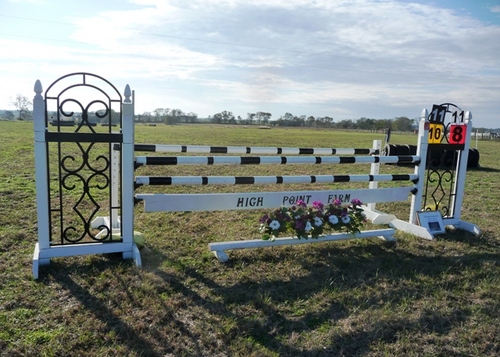 Dressage Courts at Farm in (Photo Courtesy of ExcelEventing.com)

This year’s Candy Cane Jumper Derby was organized by eventer Kristy Limon (of Excel Eventing) and sponsored by popular brands such as SafeRider.com, The Grayston-Patton Team, Coufal Prater Equipment, LTD, Lubrisyn, Mrs. Pastures, Triple Crown feed, and Supracor. The show was recognized by the Greater Houston Combined Training Association and the Central Texas Eventing Association, and was considered a USEA registered schooling show. Kristy assured competitors this was only the first of many events to be held at ! 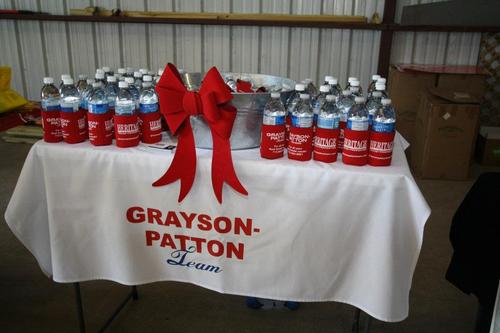 The Grayson-Patton Team was a title sponsor offering great awards and goodies at the Eventing Derby! (Photo Courtesy of David Patton) 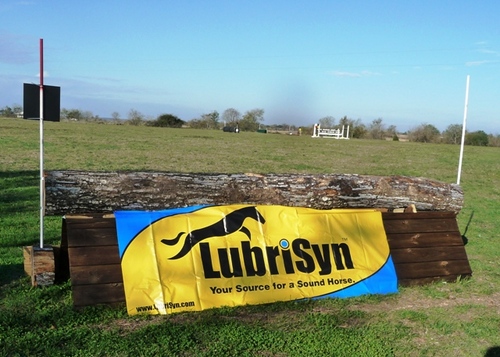 Divisions were offered for levels Preliminary through Green as Grass, with prizes for both Senior and Junior competitors. And what great prizes they were! Division first place winners received an engraved platter, gift certificate to ‘s Saddlery, a free quart of Lubrisyn, ice wraps, and other incredible goodies. Specialty prizes also included a saddle pad, a Supracor half pad, a leather halter, a cooler, neck sashes, and a trophy! All competitors were guaranteed a goodie bag upon arrival and a prize with their placing, so no one left this show empty handed. It was truly a great way to get into the Christmas eventing spirit! 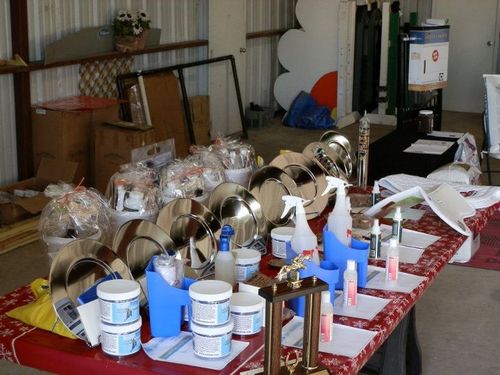 Fabulous Prizes for the Jumping Competitors! (Photo Courtesy of ExcelEventing.com)

Showing began promptly at 8:30am on Sunday morning, December 11, 2011. The weather was cool, but with minimal winds and a cloudless sky that promised a truly beautiful day ahead. Preliminary and Training competed in both dressage and jumping before the lunch break, while Novice Jr. and Sr. split their ride times between morning and afternoon. All riders in attendance were in good spirits, and many brought more than one horse to compete!
I’m very proud to write that your own Lacy Cotton here (riding Prophet) placed first in the Preliminary division on a dressage score of 38.2! LeeAnn McQuade and Corp Trip won the Training Division with a score of 37, and Novice Sr. was dominated by Donna Phillips on Benedict, earning 31.7 in dressage! 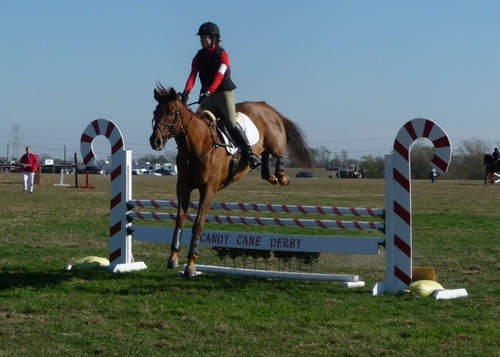 The Novice Jr. division was a tough group in which all horses pulled rails during the jumping phase. It was ultimately won by Audrie Stanka and Tacoma Longshot on a final score of 42.3! 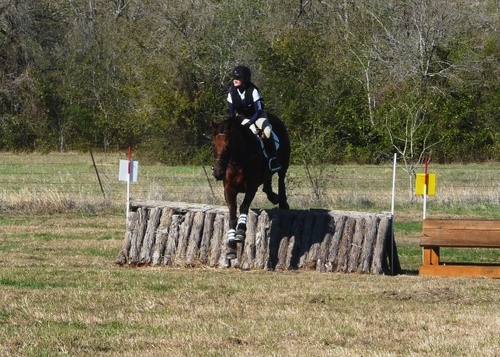 Beginner Novice  Sr, Beginner Novice Jr, and Green as Grass divisions competed in the early afternoon, and were the largest and most popular divisions of the day. Esther Daubin and Falconwood’s Knight wowed the judges with a dressage score of 26.6 and no jumping or time faults on course. Not only did she win the Beginner Novice Sr division, but she also received the award for “Best Score Overall!” 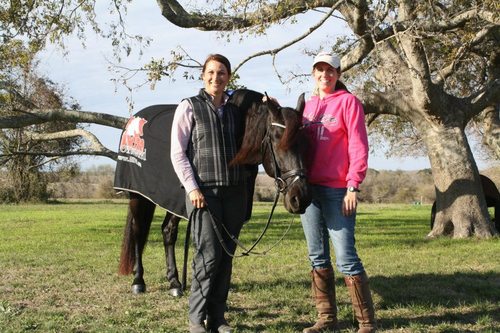 The junior riders in the Beginner Novice division all performed well, but none better than Tiffany Bunnell on Tijuana Shuffle, who finished in first place on her dressage score of 31.9 and also won the “Best Junior Rider” award. Last but certainly not least, the Green as Grass division was a close competition between riders, starting with a tie for first place after dressage. Savannah Welch and Connect the Dots took the lead to win the division by .4 points with a score of 39.0! Congratulations competitors! 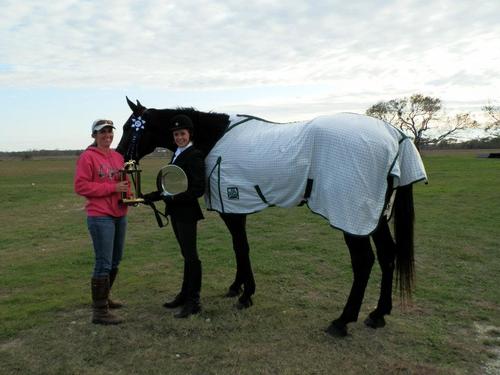 Thanks to the diligent work of the judges and stewards at High Point Farm, the show ran smoothly and on time for the duration of the day. All festivities (including the fantastic product displays provided by sponsors in the office building!) were wrapped up by 3pm. Competitors and volunteers alike lingered to chat as friends and help with clean up, and the day drew to a close as the sun dipped behind the trees.

The atmosphere at the Candy Cane Eventing Derby was truly filled with good holiday tidings and friendly well wishes. Competitors are already expressing how they eagerly look forward to next year’s show, and any other events taking place at High Point Farm! Notice has been posted about an upcoming eventing derby on March 28th, and you can bet I’ll be there! 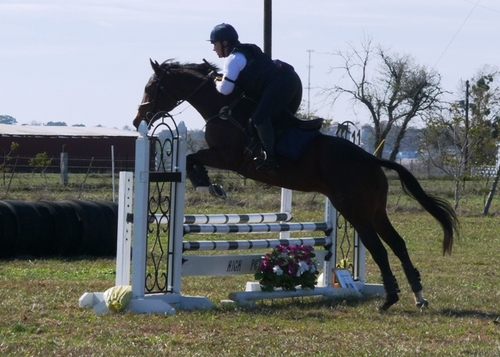