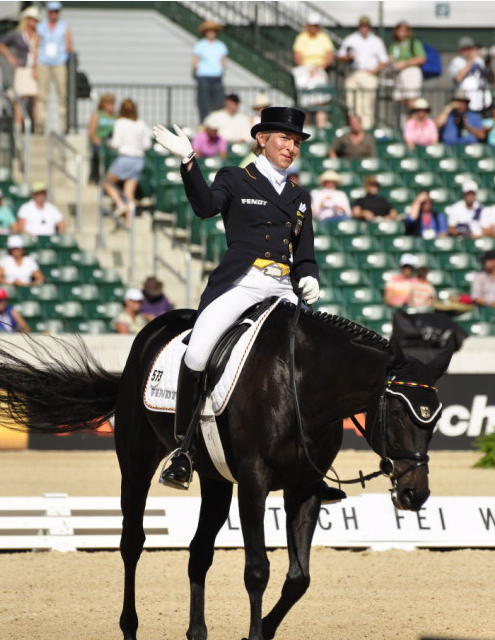 Just yesterday a student asked me what she should be reading to help her further her understanding of dressage theory. I told her to read and watch anything by Ingrid Klimke or her father.

Ingrid, a four time Olympian in eventing for Germany and a Grand Prix dressage rider, was recently featured DressageToday.com. The article is making the rounds on social media and for good reason. It is well worth a read.

The article, titled “The Klimke Approach to Dressage,” describes the methods in which Ingrid develops horses for sport by carrying on the techniques she learned from her father, the great Reiner Klimke – an eight time Olympic medalist in dressage.

“My father always strived for Olympic glory, but he was well aware that he would not reach this goal if he took shortcuts. He knew it was better to wait rather than to rush a horse’s training,” Ingrid says in the article.

The highest aim, Ingrid believes, is to “make our horses more beautiful and keep them healthy through their training.”

With horses of any age or discipline, Ingrid learned from her father to 1. Keep variety in the training 2. Take small steps 3. Foster the horse’s personality.

Ingrid goes on to explain these three principles in greater detail. She also outlines several cavaletti exercises that she uses in all three gaits during her daily training, and Ingrid’s mother Ruth chimes in with a word about her daughter’s development as a rider.

So during your lunch break today or as you settle in this evening, take a few minutes to read this great piece, for the benefit of you and your horses.