What a year this has been. After completing two Ironmans and taking some recovery time at the end of 2016 I thought it was time to pursue my next dream. I began looking for my next horse, you know, the one that would take me to the Advanced level. Isn’t that what every eventing junkie looks for?

I found him. A 9-year-old OTTB named Social Unrest, AKA Riot. He had been let down, restarted by Will Faudree’s team, suffered a minor injury, was let down again (for over three years) and had just been made available through Canter Mid Atlantic. 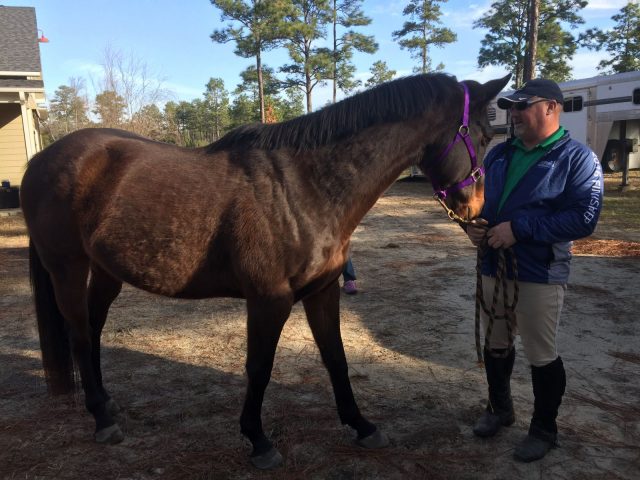 We got him home, tacked up and got ready for our first lesson. After a 25 minute trot set, his choice not mine, he finally settled down and let me feel like I was in control.

This went on for several months. My coach, Jessica Bortner Harris, had her hands full but as always she just laughed at me and reminded me that this was my idea. We get along good like that, light hearted and fun is how you roll when you’re approaching 50 and competing Beginner Novice with a much bigger vision. 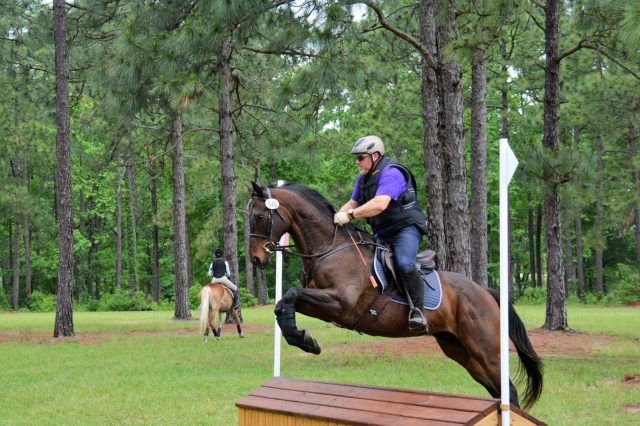 We ventured out to our first horse trial in May at the Carolina Horse Park. The first of the War Horse Series. Riot shipped well, arrived relaxed, and hacked out easily. We schooled OK on Saturday. Not that we didn’t have issues, but it was OK.

Sunday morning started with a nice easy hand walk, we were both relaxed, then one of us got a glimmer in our eye when we spotted the steeplechase track across the street. 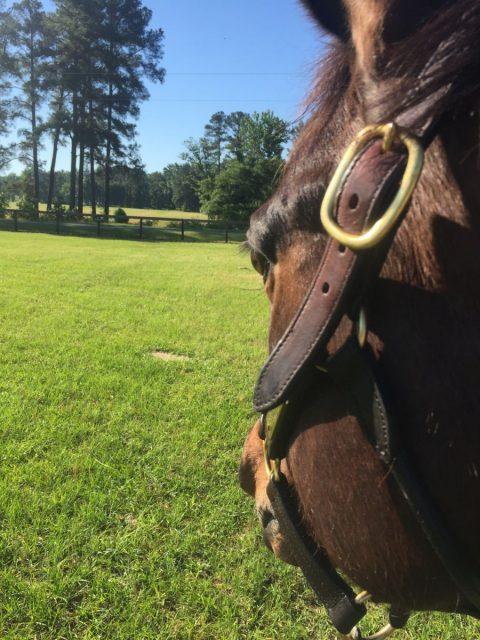 After we jigged all the way back to our stall it was time for breakfast and working on relaxing. It wouldn’t be long before it was time to tack up for dressage. 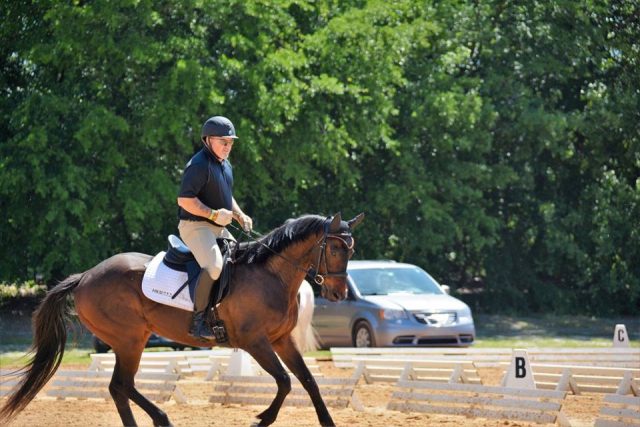 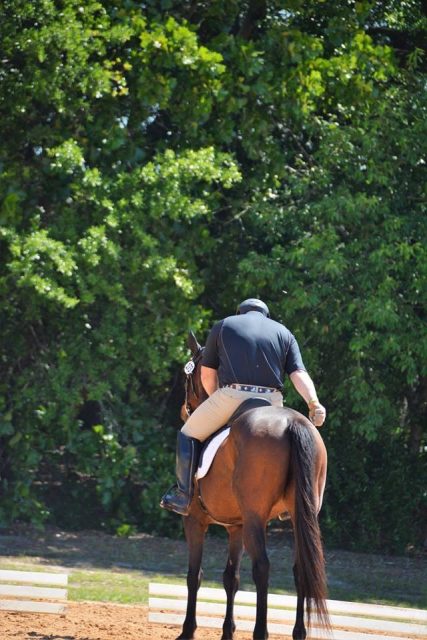 After a tack and attire change it was on to the fun stuff. Stadium was a challenge. Someone was up and ready to go. After nearly getting unseated after fence 5, we got our act together and finished … well we finished. 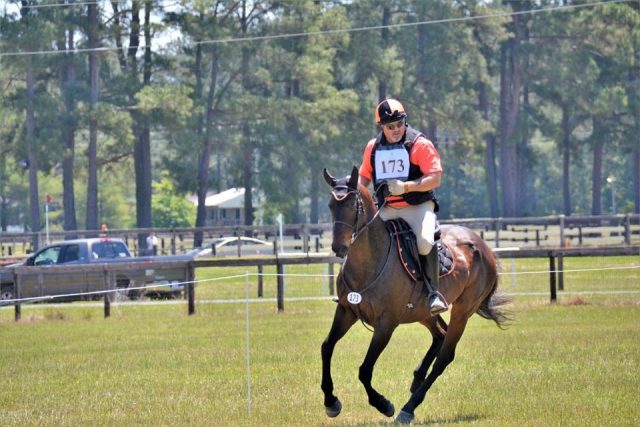 Cross country brought a whole new set of issues. There were a few delays on course and the start box was backed up a little. Riot does not do well with hurry up and wait.  Once we got started, well, jump one was good, two refusals at two, and then it was off to the races for the rest of the course. I was never so happy to see the last jump or so I thought. After the finish we needed to head back toward the start box. The best way to accomplish this was on the steeplechase track. Did I mention Riot is an OTTB? Yes, he galloped all the way home.

So for now it is back to the drawing board, and my other horse until we work the kinks out.