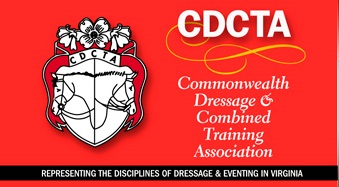 The CDCTA is excited to announce two additions to their team behind their popular CDCTA Horse Trials. Mike Mendell has assumed the role of event organizer, bringing his passion and years of experience competing and training (including at the CCI4**** long format level) to help the horse trials continue to draw riders of all levels. Course designer Jon Wells is joining the CDCTA team as well; he is known for designing and building courses all over the country, including the Virginia Horse Trials, the American Eventing Championships, Penny Oaks Horse Trials and the FENCE Horse Trials.

According to CDCTA, “The new spring competition dates for 2015 are back-to-back, Saturday, April 4th and Sunday, April 19th. The purpose is to have a CDCTA I and CDCTA II for horses and riders planning to move-up a level. There will be open divisions offered on both weekends with cross-country courses guaranteed to be suitable for each level.”

Everyone loves a great rehab story. Whether it brings us to tears or makes us even more grateful for our equine friends, rehab stories are some of the most inspiring stories to tell. For that reason, we’d love to hear yours! Send us your rehab story for your chance to win an awesome prize pack from OCD as well as see your story told right here on EN! [Win with OCD]

The USEA is accepting nominations for the Hall of Fame: Please submit the name of your favorite eventing legend or notable contributor to the sport, equine or human, to Jo Whitehouse at [email protected]. Horses and riders must be retired from international competition in order to be eligible. Go to the USEA Hall of Fame to view the current inductees, and please submit recommendations by Wednesday, February 11, 2015.

Vermont’s biggest Patriots fan is a horse named Pat: Aptly named New England’s Patriot (Pat for short), this very tolerant horse dons a special Patriots uniform and papier mache helmet at 4-H horse shows and on game day. “Every time Pat has worn his special gear, the Patriots have won the game. Sometimes they’ll even let him in the house to watch it on TV.” Now, that’s a loyal fan. [WCAX]

Equine vandal causes (hilarious) stir in Isles of Scilly: When Sergeant Colin Taylor isn’t busy fighting crime with the Isles of Scilly Police, he recounts the tales on the force’s Facebook page. While some police feeds might be dry and downright depressing, Sergeant Taylor takes a more lighthearted approach. While recounting a tale of car vandalism, Taylor wrote, “Our complainant on this occasion has been her own Miss Marple. She has identified the reason for the gouges out of the paintwork to her vehicle and presented us with the culprit. It transpires that when she parks it up in her field and turns her back on her old partially sighted horse, he nips in to chew the front wing of her car. No Crime.” [Horsetalk] [Isles of Scilly Police FB Page]