Some sanity returned amid 2020’s wild ride as the Twin Rivers Fall International unfurled in Central California, where CCI2*-S and CCI3*-S competition was decided today.

Junior rider Haley Turner and Shadow Inspector laid down a wire-to-wire win in the 2*, while the 3* standings changed dramatically as Tamie Smith and Terry and Linda Paine’s Cheers moved from eighth after dressage to first.  Tamie, the 2019 Pan Am Games team gold medalist, dominated with five horses in this 15-horse starting field, including runner-up Solaguayre California, owned by Julianne Guariglia.

The CCI4*-S was originally set to conclude today, too, but was rescheduled for Saturday morning, due to a change in the weather. The reschedule gave the Twin Rivers crew extra time to make some adjustments to the cross-country footing before the 3* and Intermediate pairs ran today. The CCI4*-S cross-country starts Saturday at 8:15 a.m. PT, with Tamie Smith leading the pack aboard Ruth Bley’s Danito. 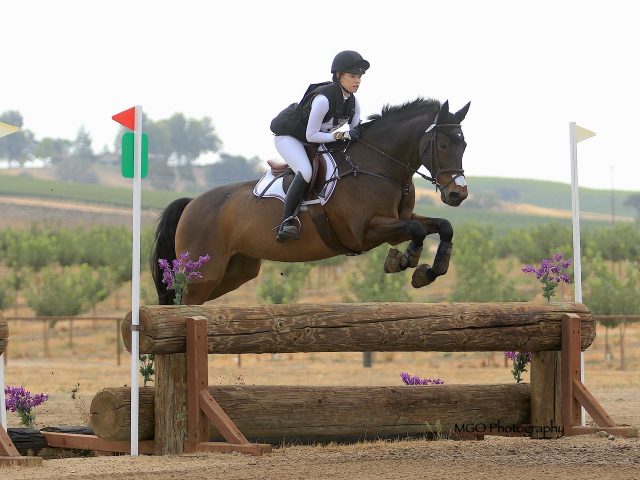 “It was amazing!” said almost-18-year-old Haley Turner of her win with “Chief” in the CCI2*-S. Yesterday’s 26.8 dressage score stayed put over this morning’s show jumping designed by Jose Nava. The afternoon’s run over totally new routes by Hugh Lochore went smoothly, too. Just a .4 time fault, to end on a 27.2.

“It’s been quite a long journey for us,” said the student of Bea and Derek DiGrazia. The 10-year-old Irish sport horse sustained an injury the first year Haley had him, then she was injured in the second year of their partnership. This year, their third together, began with high hopes for a North American Youth Championships spot and started well at the Twin Rivers Winter Horse Trials in March, when they finished second in the Preliminary JR/YR division. Then came COVID.

“It’s wonderful to get back out there. The cross-country course is completely different than it was in March,” reports Haley. “It was fun and a good challenge while also being inviting.”

An online student through high school, Haley graduated early last spring and plans to take a gap year partly because of COVID’s impact on the college experience. The opportunity to focus full time on her riding has been a plus and a pleasure, she says. “It’s almost like we’ve had a second winter to practice and improve our skills.”

Amateur rider Lauren Burnell and Counterpoint finished second, on their 29 dressage score. Emilee Libby and Natalia Valente’s Toska moved up steadily, from an eighth-place tie after dressage, into third thanks to penalty-free show jumping and cross-country. 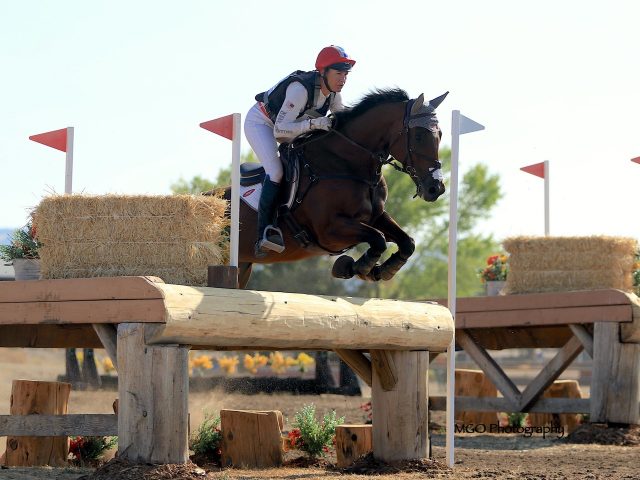 Under the saddle of Tamie Smith, Linda and Terry Paine’s 8-year-old homebred Thoroughbred, Cheers, was the only horse without time faults on Hugh Lochore’s 3* cross-country. That speed helped him move up from an 8th ranked 34.3 dressage score, and a show jumping rail, which Tamie described as “my rail,” to win the day. “He’s been a work in progress, and it’s really cool to have him seal the deal here. Every horse is different: he’s hot and has been a bit slow to develop.” As the final phase neared, Tamie’s “right hand person,” Bridget London calculated that a double clear would earn the win, and that’s what the pair delivered. “He is an amazing cross-country horse,” Tamie concluded.

Tamie had a different tact with her second-place winner, Solaguayre California, a relatively new ride. Third after dressage on a 32.3, they had rail Tamie again took the blame for, then four time penalties on cross-country. “Out of the box, I am always going for what I need with each different horse. She’d had a beautiful, solid show jumping round and the time was hard to make on cross-country. It was not an easy track to make up time on. So, I wasn’t trying to go crazy fast on her because she is green and more spooky than Cheers. We went at the level that I needed to for her training.” The Argentine Thoroughbred was developed by David Adamo, who “did a phenomenal job with her,” Tamie added.

Bec Braitling and Arnell Sport Horses’ Caravaggio II finished third in the division. After leading dressage with a 30.6, a show jumping rail and cross-country time faults slipped them to third.

Along with the conclusion of the CCI4*-S tomorrow and ongoing Introductory through Training competition, the Fall International hosts qualifiers for the USEA Future Event Horse West Coast Championships and The Dutta Corp. USEA Young Event Horse West Coast Championships.  This special showcase for young horses will be hosted by Twin Rivers on Oct. 23-24. An unrated one-day event is slated for Sunday, Oct. 25, and a new, rated Horse Trials is Introductory to Intermediate on Nov. 13-15.

Although USEF and local COVID-prevention safety protocols bar spectators from attending the Twin Rivers Fall International, Ride On Video is live streaming throughout the weekend.