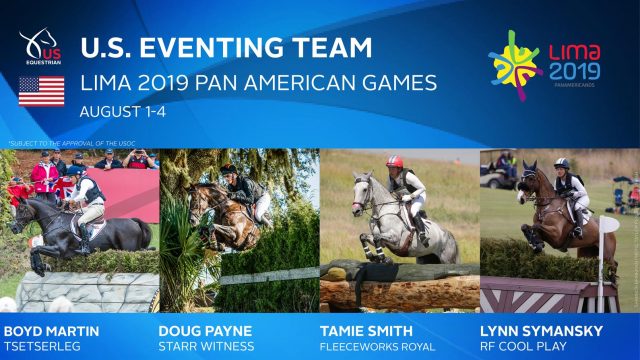 Graphic courtesy of US Equestrian

Three direct reserve horses have also been named as automatic replacements if the original horse named for a team member needs to be substituted.

Following the review of submitted applications, the following combinations have been selected for the U.S. Eventing Team (in alphabetical order):

The following athlete-and-horse combinations have been named as reserves to the U.S. Eventing Team (in alphabetical order):

The 2019 U.S. Pan American Eventing Team is subject to approval by the United States Olympic Committee.

Watch the team announcement video below. Congratulations to all. Go Eventing.