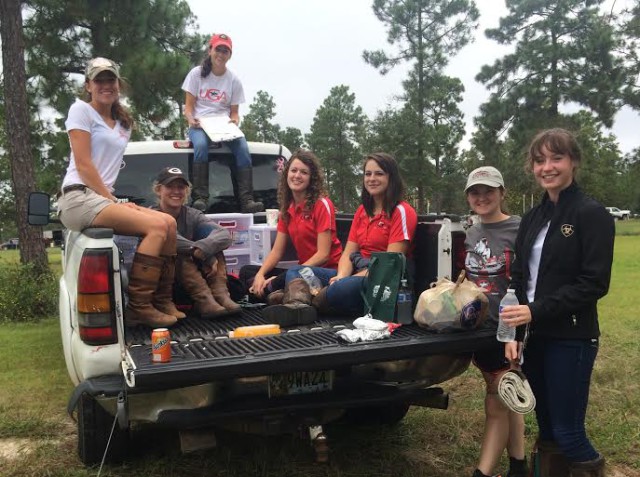 What a great weekend spent in Aiken, South Carolina at the Stable View Horse Trials!The University of Georgia Eventing Team was on site volunteering at Stable View’s world class facility on September 26-27 to help ensure the event ran smoothly.

Under the supervision of Stable View’s volunteer coordinator, Melissa Rundt, UGA Eventers, sporting their red and black, could be seen throughout the venue cross country judging, stewarding, and timing stadium jumping. In exchange for their volunteer efforts, Stable View hosted the first UGA Eventing clinic of the school year, cross country with Kristin Schmolze. The horse trials and clinic were both a thrilling success.

The Piedmont Pony Club also had the opportunity to participate in this exciting weekend. Girls from the club served as mounted score runners, galloping their ponies around the cross country course collecting and delivering scores. This is frequently seen in European competitions, such as Burghley, but not commonly seen stateside. 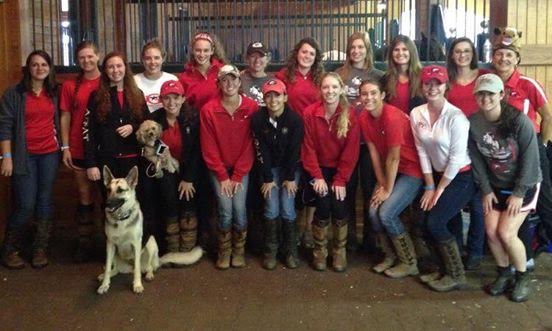 Saturday night featured a competitor’s party with the theme of “outrageous” with a delicious dinner catered by Aiken favorite, Casa Bella.

Pony Clubbers were decked out in wild colors and horse themed costumes adding to the festive atmosphere of the night. The UGA Eventing team continued their team bonding by spending the night together above the Stable View main barn.

The University of Georgia Eventing Team would like to thank Cindy and Barry Olliff for their support of college eventing and allowing the team to not only use their facilities, but also spend a fun and educational weekend volunteering.