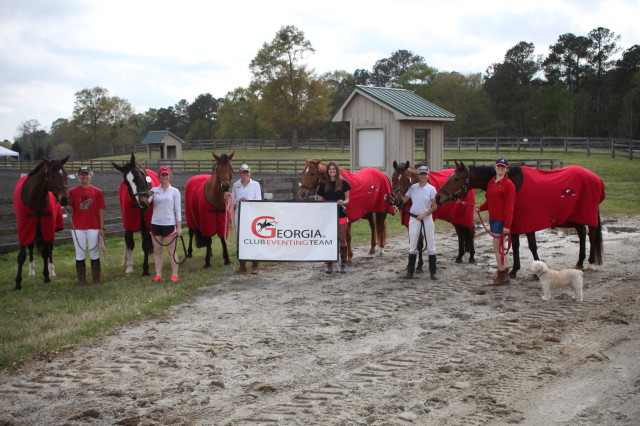 Poplar Place Farm hosted the first Collegiate Team Challenge of the year at thee March horse trials this past weekend. Six teams comprised of riders from Auburn University, University of Alabama, Transylvania University, Columbus State University, Mississippi State and the University of Georgia competed against one another in hopes of taking home a win for their school.

After all was said and done on Sunday, the University of Georgia won the challenge scoring 115.1 points. Alabama gave them barely any room to spare with 116.8 points, and Auburn took 3rd with 136.5 points.

The weather forecast for the weekend was quite ominous to start. It was predicted to rain all day Friday and storm on Sunday. Officials even changed the schedule to finish the upper levels on Saturday in order to avoid the severe weather. Fortunately, the weather held off just long enough for riders to compete in good conditions.

College riders were represented at each level from Beginner Novice all the way up to the two star level. Whenever a collegiate rider would enter the ring, their team would be announced, encouraging fans to cheer on their school and their riders.

After dressage on Friday, Auburn led the challenge with only 95.0 points to their team. UGA followed closely behind with 100.7 points, and CSU sat in third with 102.9 points. Both stadium and cross country proved to be challenging for every team. UGA took over the lead from Auburn when three team members jumped clean around cross country with no time to add and only one having a rail in stadium.

Alabama started out in 5th after dressage. However, their entire team had double clear cross country rides and only one had a rail, leading them to climb into the second place spot. Auburn dropped to third with some cross country penalties and two rails. 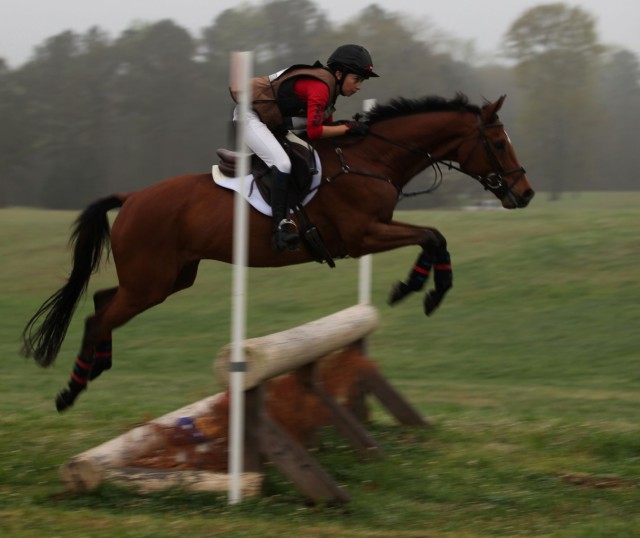 UGA team member, Emily Cox, placed second individually among all collegiate riders on her horse FR’s Check It Out Now, better known as Billy. Emily and Billy competed in the Open Training division, where they placed 5th.

“Competing in team challenges is one of my new favorite parts of eventing. I’ve been eventing for about six years now and have loved every second of it,” she said. “Being a part of this team has encouraged me to work harder on my horse and myself than ever before, and for that all to come together to help bring UGA a win this weekend was very rewarding.” 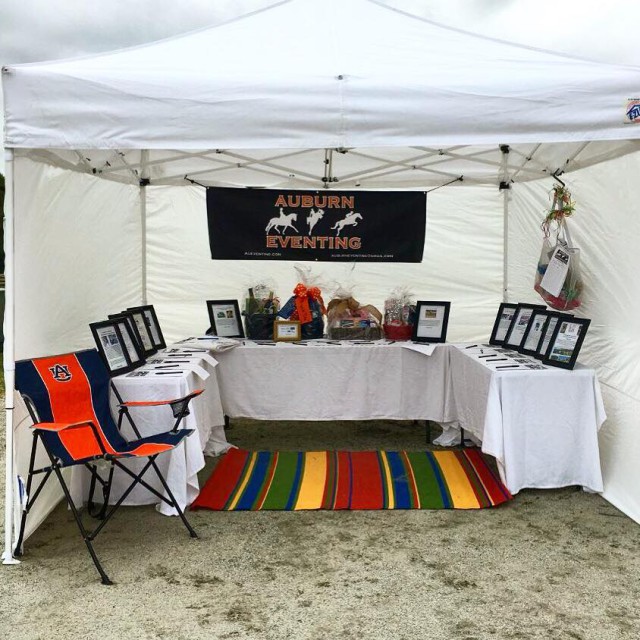 Across the entire facility, teams were sporting team gear and waving banners to support their team. Some had fundraising set up in hopes of raising money for their teams. CSU had a bake sale and sold T-shirts. Auburn held a silent auction with items such as lessons with professionals, course walks, entry fees and many more. They ended up raising $1900 for their team.

Since its creation a few years ago, collegiate eventing has grown exponentially. This weekend provided a great opportunity for riders represent their schools in the sport they love. Fans could come from all across the southeast to watch their teams compete for the top spot.