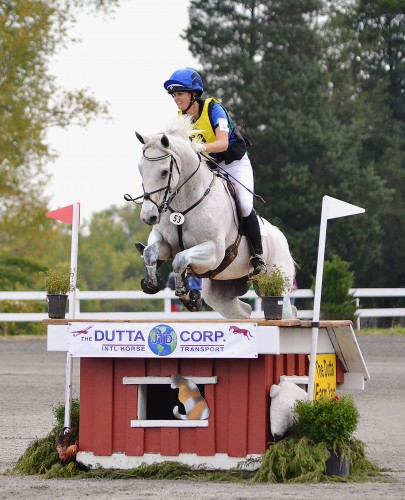 Hot off the presses! The USEF just released the 2014 Developing Riders/Eventing 25 Participants List. These riders will be invited to participate in training sessions with Coach David O’Connor in California and Ocala. Congrats to all the riders and horses named to the list.

The United States Equestrian Federation (USEF) and its Eventing High Performance Department is proud to announce the participants for the 2014 Developing Riders/Eventing 25 Program. For the second year, a Developing Rider will be defined as a rider (25 and under) who has achieved a qualifying result at the CCI2* level. Chef d’Equipe David O’Connor will lead the Developing Riders/Eventing 25 program and coach the accepted athletes. In addition to lessons under saddle, there will be a classroom component to this program. Topics will include theory, training and course design. There will also be presentations by guest speakers on subjects including veterinary care and stable management.

The following combinations have been selected to participate in training sessions at a location still to be confirmed,  January 14-17:

Helen Bouscaren (San Ramon, CA) and her own Ben*
Ben is a 2004 Thoroughbred gelding

Avery Klunick (Midland, TX) and her own and Chip Klunick’s In It To Win It
In It To Win It is a 2000 New Zealand Sport Horse gelding

MacKenna Shea (Tacoma, WA) and her own Landioso
Landioso is 2002 Bavarian Warmblood gelding

Kimberly Steinbuch (Castro Valley, CA) and her own Pikture This
Pikture This is a 2000 Hanoverian/Thoroughbred Cross

*This pair has been ‘Talent Spotted’ on to this list.

The following combinations have been selected to participate in training sessions generously hosted at Meredyth South in Ocala, FL January 20-24:

Nora Battig (Granite Bay, CA) and her own Steppin’ Out
Steppin’ Out is a 2005 Trakehner/Thoroughbred mare

Alexandra Blyskal-Sacksen (Landenberg, PA) and her own Sparrow’s Nio
Sparrow’s Nio is a 2003 Connemara/Thoroughbred gelding

Danielle Dichting (Roswell, GA) and her own The Graduate
The Graduate is a 1998 Sachsen-Anhaltiner gelding

Sarah Dunkerton (Soso, MS) and her own and Richard Dunkerton’s Matapeake
Matapeake is a 1999 Thoroughbred gelding

Katherine Groesbeck (Temecula, CA) and her own Oz the Tin Man
Oz The Tin Man is a 1997 Anglo-Arabian gelding

Emily Renfroe (Magnolia Springs, AL) and her own Walk the Line
Walk the Line is a 2002 Hanoverian mare

Caitlin Silliman (Chestertown, MD) and her own Catch A Star
Catch A Star is a 2000 Holsteiner/Thoroughbred mare

Julie Wolfert (Bucyrus, KS) and her own Buenos Aires
Buenos Aires is a 2001 Thoroughbred gelding

*This pair has been ‘Talent Spotted’ on to this list.

Meghan O’Donoghue (Carbondale, IL) and her own Pirate
Pirate is a 2002 Thoroughbred gelding