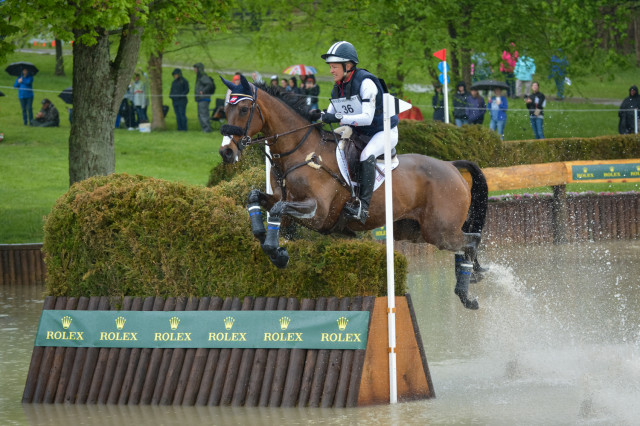 Maya Black has withdrawn Dawn and Jon Dofelmier’s Doesn’t Play Fair as the traveling reserve for the U.S. Olympic team due to an injury. She posted the following announcement on her Facebook page:

“It is with a heavy heart that I am withdrawing Cody from his position as traveling reserve for the U.S. Olympic team. Unfortunately, he has sustained an acute minor injury. Being named as the traveling reserve has been the greatest achievement and honor of my career to date, and I couldn’t have asked for a more special partner then Cody to share this journey with for the past five years.

“I hope to one day be back in a position for team consideration again, and in the meantime he will get some much deserved rest after a stellar spring season.

“I want to thank so many people and horses for getting me to this place. To even be considered for the Olympics is a dream come true. I’m so incredibly grateful. Thank you to the Dofelmier’s for bringing him into my life, to all our family, friends, coaches, sponsors, supporters, and many fans for helping us to make it this far. And last but definitely not least, thanks to Caitlin for putting up with Cody and I over the last few years through the thick and thin.

“I love Cody so much — this amazingly talented munchkin horse will be back to fight again another day.”

The USEF has named Lynn Symansky and The Donner Syndicate’s Donner, a 2003 Thoroughbred gelding, as the new traveling reserve for the team.

The EN team is so sorry to hear about Cody’s injury but relieved it is not more serious. We can’t wait to cheer them on again in 2017!