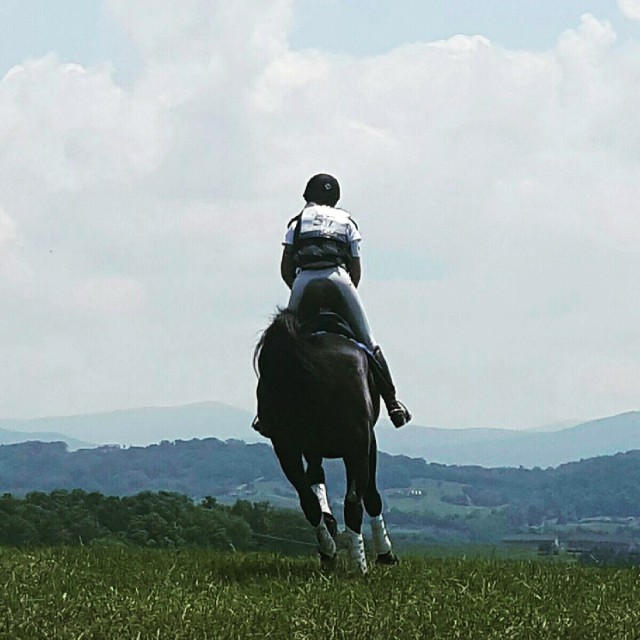 Galloping toward the Blue Ridge Mountains

What a weekend at the Virginia Horse Center. Garth and Deszi were entered in the CCI*, as a stepping stone to qualifications to greater goals later this season. But, when it comes to horses, plans often do not pan out.

As the unassuming TB mare has quickly exceeded the playboy Hanoverian, the weekend took a turn and became all about Garth.
His flatwork is coming along nicely, though his fitness is creating a stronger horse that often pulls me in the tack with every bounding stride. The test did not represent his ability, though it was a better effort given our focused work the last few weeks.

Cross country was brilliant, and I was very excited to test his fitness and recovery over the 7.5-minute track. Lovely fences, forward accuracy questions, and long stretches of galloping over varying terrain made for a brilliant test of horse and rider. He was a star. An absolute star. He came through the flags light off the leg and with time to spare. Despite the considerable heat and humidity, his vitals were on the lower end of the averages. I was thrilled.

He woke Sunday morning for the jog lively and keen. As we rounded the turn for the panel, he lifted his tail and jogged so huge I had a hard time keeping up with him. He was passed without hesitation. He jumped a sizable stadium course confidently and with good effort. He pulled a rail on the vertical coming out of the one-stride combination: a spook to the oxer, my left rein slipped, and we jumped the vertical out bent — that rail was meant for me. He ended in 5th place, but in my mind he earned blue. 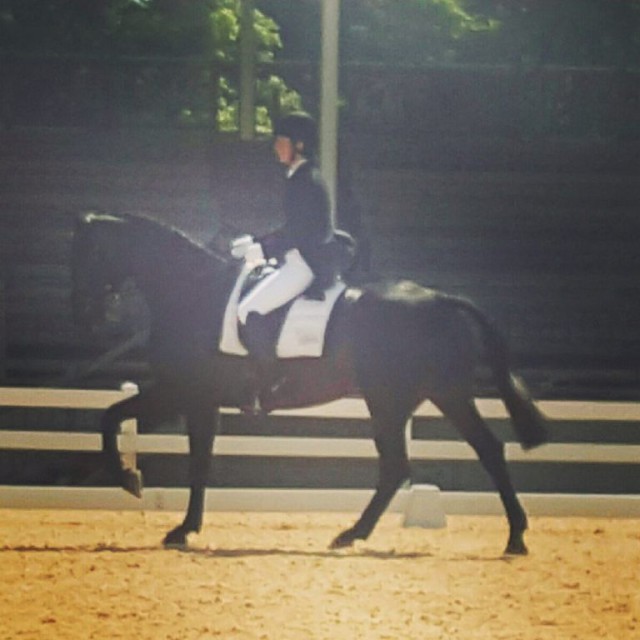 He is a brilliant partner. Though now 8, he is still a cheeky boy often spooking at white horses in warm-up, and randomly snorting. His eye is still as calm and caring as it was as a 3 year old, and I am so proud that he has maintained his personality and softness through his training and progression. We have created a partnership based on mutual trust, and at times, humor. I adore him.

Right from the start, the tone for the weekend was unexpected. After flatting her that morning, Deszi did not pass the initial job Thursday evening. After palpations, flexions, and hoof testers, I was told that Deszi was not lame, nor was she ill. Upon re-inspection, she was not accepted due to “something not right.”

After further thought, and discussion with another FEI vet, I was still left confused, upset, and disappointed in the reasoning for Deszi’s rejection. “Something not being right” does not meet the requirements for being ‘unfit for competition’. As simply as that *poof* nearly $700 was lost, and Deszi’s season has dramatically changed.

Later, I had a lameness specialist who routinely works with significant event horses do a full evaluation. He found her to be healthy and sound. Despite the disappointment, I know the panel did what they felt was best for the horse — and the horse’s welfare is paramount. However, the reasoning is still unsettling. 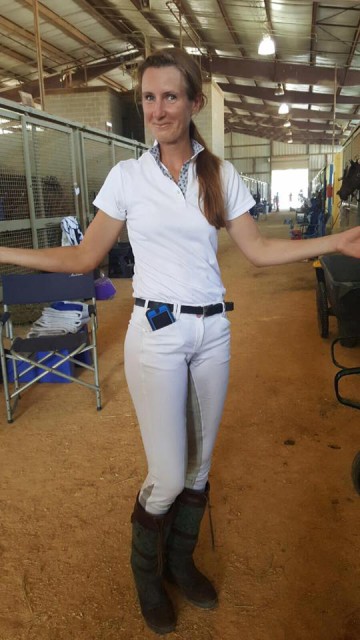 Roger had to stay home for work, so Beth joined me for the weekend. She did a phenomenal job! And, together with long-time friend Holly, these two ladies achieved the amazing: keeping me clean for dressage, well fed and hydrated (I often forget to eat and drink throughout the day). It was such a treat to have not one, but two grooms support and assist — both of whom are wonderful horse people. I have never had a true groom at a competition!

Thank you, Holly Leasor, for the photos!