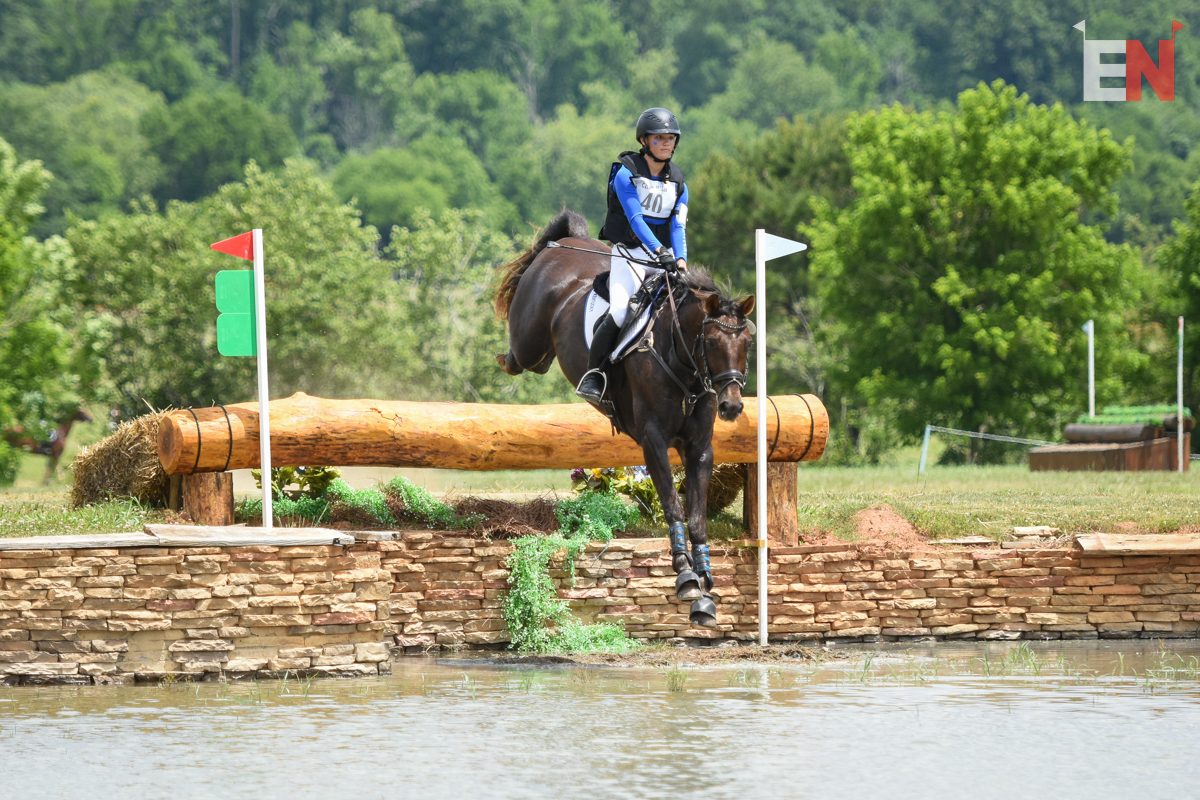 “With the same impact, there can be very different biomechanical responses between helmets. We felt a responsibility that everyone should have this information,” said Dr. Steve Rowson, Virginia Tech Helmet Lab Director.

The Virginia Tech Helmet Lab, based out of Blacksburg, Va., began researching equestrian helmets nearly four years ago. The lab—which has already studied and tested helmets in the sports of football (with which the lab first began its research in 2003), hockey, cycling, soccer and snow sport—is now set to release its first STAR ratings (Summation of Tests for the Analysis of Risk) for equestrian helmets by year’s end.

According to Rowson, certifications and STAR ratings are analogous to comparing pass/fail and letter grades in school: just because one passes doesn’t mean they’ve received an “A.”

“Not all helmets are the same just because they meet a [pass/fail] standard. That’s true for skull damage but not concussions,” Rowson explained.

In December 2020, the United States Equestrian Federation, along with the United States Hunter Jumper Association and United States Eventing Association and with support from horse owner Jacqueline Mars, announced that they had collectively raised more than $425,000 to bring the Helmet Lab’s research to the finish line. In August, the Helmet Lab welcomed stakeholders to Blacksburg for its Equestrian Symposium, where Rowson and Drs. Stefan Duma, Mark Begonia, and Barry Miller provided an update on the operation’s progress as it heads into its critical—and final—Phase 4.

Their testing finished, the Helmet Lab is in the process of calculating and assigning its final STAR Ratings for 26 helmet models, achieved by evaluating 104 helmets in 312 tests, quantifying elements like actual drop height (where a rider is positioned when actually parting ways with a horse), what body parts are impacted when falling, liner and rotational impacts, and surface, among other factors. In total, the lab conducted 26 non-consecutive hours of testing.

“We wanted to bring it down to a reasonable amount of testing. Otherwise, you’ll test forever,” Duma said. “We try to look for a balance between having really good representation and establishing a system where we can ideally test a helmet model in about a day.”

STAR ratings will correlate with real-world injury rates; the lower the STAR value, the better the star rating (one to five stars, with five stars being the highest-rated helmets). Once published, the ratings will allow the public to search helmets by certification type, helmet type, brand, and more to make more informed choices about the helmets they wear and purchase when riding. The ratings also will help educate manufacturers on how to improve the safety of their helmets. All of the research is 100% independent of any funding or influence from helmet manufacturers.

“Everything we do starts in the real world,” Rowson said. “Our primary interest is in quantifying concussion biomechanics through direct and indirect ways of data collection.” 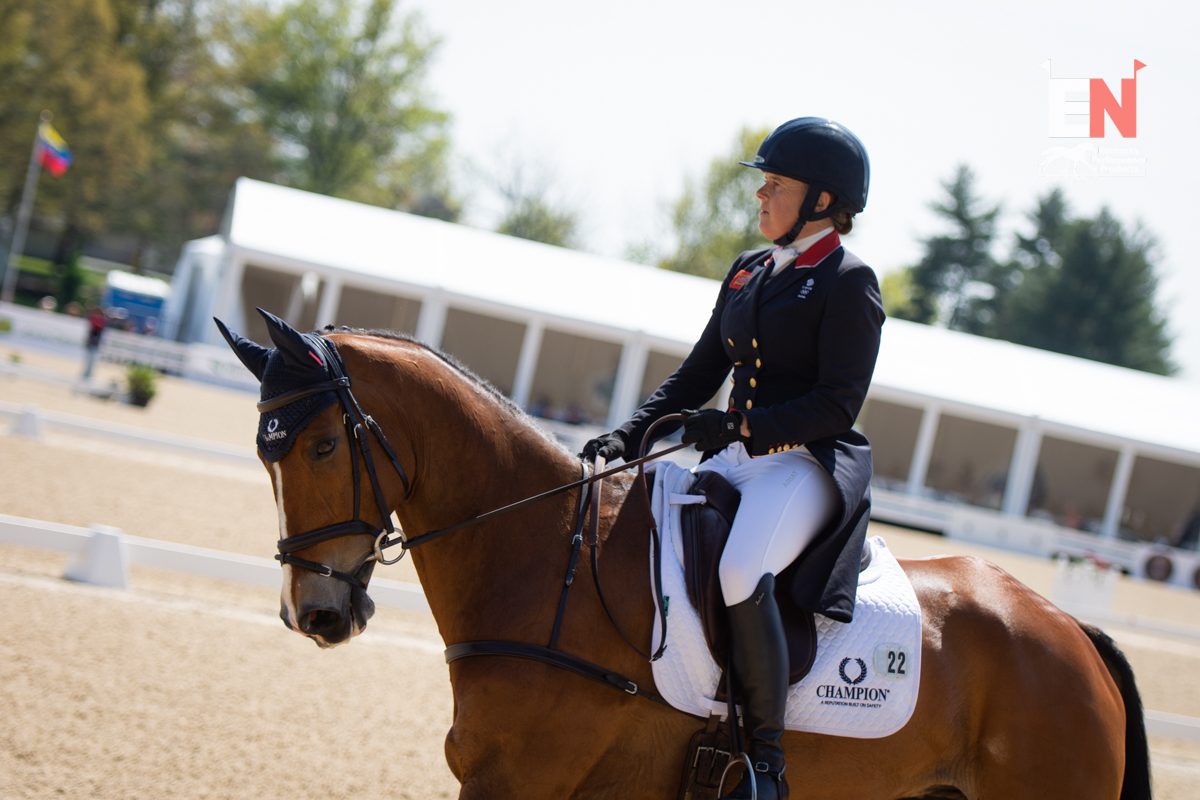 The Helmet Lab began its research with a video analysis of 100 equestrian falls, all ground impacts. An integral part of this research was quantifying the actual drop height and identifying the impact location of these falls. The group found that one-third of the falls they studied had no head impact. They also found that the “majority of the time” riders incurred “lower energy” falls, as they were able to grab onto a part of the horse at some point in their trajectory to the ground—“free falls” were rare. In fact, 73% of the falls were identified as “medium impact,” and when it came to head impacts, the majority (31%) came at the back of the head.

“A lot of times, you’re not going headfirst into the ground,” Duma asserted. “We needed a lower-impact component.”

The lab’s task was then to build a machine that characterized equestrian falls. Using the VT Helmet Lab Bike Tower and Pendulum Impactor, researchers replicated and manipulated a series of “falls” by adjusting the height of falls and the direction (front, back, side) of impacts. They then compared the peak linear and rotational accelerations of the test rigs, as well as the time traces of the impacts.

The next question the lab tackled in the field at the VT Equestrian Center: how much does surface matter? Using their Portable Pendulum and a CLEGG Impactor—which measures surface densities or impact attenuation—the group conducted impact testing on both dirt and sand, considered the “extremes” of hard and soft surfaces. During these tests, researchers also tested football helmets and a “bare,” or no-helmet, scenario to offer real-world comparisons.

“A football helmet is the most advanced designed and optimized helmet. We’ll also evaluate a ‘bare’ or no helmet situation to show what the helmet is [helping with],” Duma explained. “If an equestrian helmet is producing similar numbers to a [highly rated] football helmet, it probably doesn’t need improvement.

“Football is a multiple head-impact sport,” he added. “In equestrian, exposures are very different, and we have much lower numbers.” 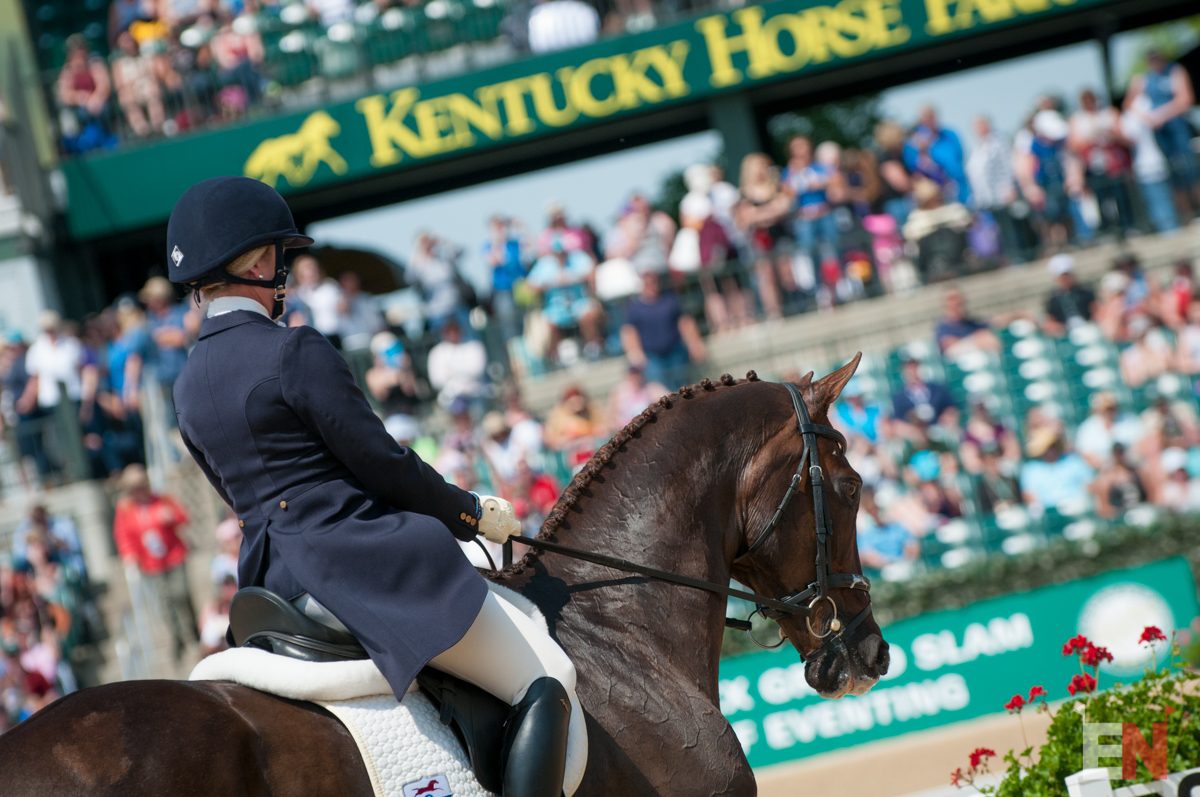 Allison Springer was the first five-star rider to don a helmet in the first phase of eventing competition at the top level. Leslie Threlkeld Photo.

Breaking Down the STAR Equation

After comparing surfaces using a variety of impactor faces—and then measuring contact area at different impact locations–the lab had all the data they needed to begin calculating STAR, which is currently in process.

The STAR value is the theoretical number of concussions someone would sustain if their on-field exposure matched the laboratory impacts. It is calculated by multiplying exposure (as a function of impact location and velocity) and concussion risk (as a function of linear and rotational headform acceleration).

Put more simply, each helmet is tested twice under six conditions, with three centric and non-centric impact locations (front, side and rear) and at two impact velocities. The results of the two tests are then averaged and multiplied by the exposure. The resulting number is the STAR Rating. That STAR rating (a number—the lower, the better) is then given a star rating (one to five stars, with five being the best or safest).

Risk function becomes a critical component, because it accentuates riskier impacts. “With helmets that don’t do well, risk function exaggerates that value,” Duma detailed. “If a helmet

does a great job and gets lower accelerations, it’s going to produce a lower [STAR value]. Risk function exaggerates that value to draw out which helmets are doing better than others.”

The Virginia Tech Helmet Lab was to release its ratings in the fall and planned to make the ratings available available as a public service resource on the lab’s website at helmet.beam.vt.edu. Learn more about how this research will affect equestrians by watching this video from the Helmet Lab.

“[STAR Ratings] are meant to be complementary to [existing certification standards],” Begonia said. “We’re here to fill in the gap for concussion risks.”

This press release was distributed by US Equestrian.