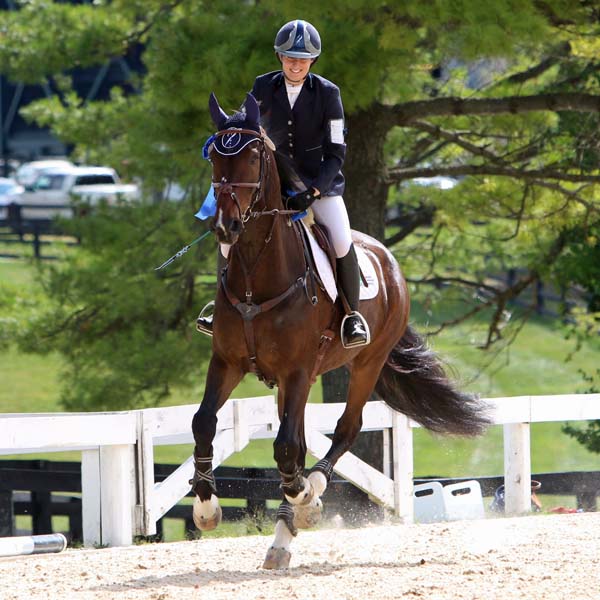 Vitamin E is essential for the performance horse

Vitamin E interrupts the production of harmful free radicals at the initial stage of peroxidative damage. The more active the cell (skeletal and involuntary muscle cells), the greater the risk of tissue damage if vitamin E stores are insufficient. Exercise-induced muscle damage is a common problem in performance horses. If vitamin E levels in muscle tissue are inadequate, the risk of exercise-induced muscle damage is increased.

Evaluation of exercise-induced muscle damage in the horse

Plasma enzyme activity, specifically that of creatine kinase (CK) and aspartate aminotransferase (AST), is used as an indicator of muscle damage during exercise. In addition to enzyme activity, various assays are employed to assess oxidative stress by measuring free radical markers. When a fatty acid is peroxidized, it is broken down into aldehydes, which are eventually excreted. Aldehydes such as thiobarbituric acid reactive substances (TBARS) are widely accepted as general markers of free radical production.

A case for vitamin E supplementation in the performance horse

A study by McMeniman and Hintz (1992) reported TBARS increased with exercise in all horses, but even more so in horses with low plasma vitamin E. This suggests that horses with inadequate access to vitamin E will have lower tolerance to exercise.

Recent work conducted at Virginia Polytechnic Institute and State University showed that a higher vitamin E intake is associated with less oxidative stress and enhanced antioxidant status in horses throughout an endurance ride (Williams, 2003). The research team found that horses undergoing heavy exercise would have improved welfare and possibly performance if they were supplemented with vitamin E.

Hoffman and coworkers (2001) researched the effects of supplemental vitamin E on nutritional and oxidative status of polo ponies, equine athletes subjected to short bursts of intense work. Based on blood values taken throughout exercise tests that simulated polo play, the horses benefited from consumption of supplemental vitamin E, especially late in the competitive season when overtraining may have been an issue.

Performance horses are susceptible to exercise-induced muscle damage. Research has shown decreased muscle enzyme activity and oxidative stress in performance horses supplemented with vitamin E. Until now, horse owners had no choice but to supplement with synthetic vitamin E. With the introduction of Elevate into the equine nutrition marketplace, there now is a more bioavailable alternative.

Performance horses are susceptible to exercise-induced muscle damage. Vitamin E, a powerful antioxidant, limits the damage caused by everyday oxidative stress. It maintains healthy muscle and nerve functions, and supports a strong immune system in horses of all ages.

Check out this KPP article: Vitamin E and the Performance Horse – A Winning Combination.