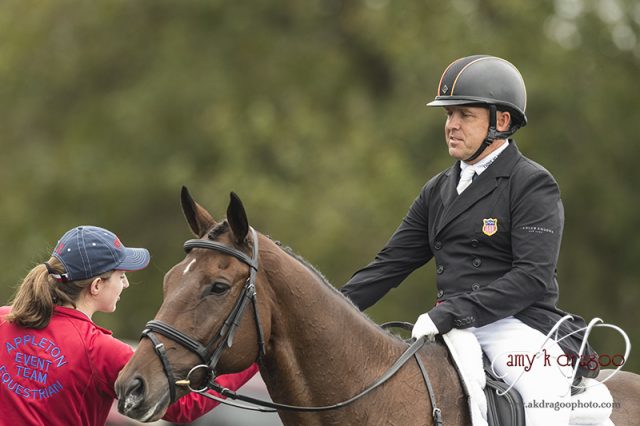 The volunteer crew at Plantation Field is a well-oiled machine, regardless of whether they are a first-time participant or a veteran of years. With bright orange vests to mark their status, they are hard to miss for spectators and competitors alike.

Dressage days don’t need the mass number of volunteers that the jumping phases require, but can definitely struggle to fill positions due to being held during the work week, when many die-hard volunteers are at their own jobs. Cue Jess Tibbels, a nursing student at Del-Tech and a veteran volunteer at Fair Hill. Jess gave up her Friday to come play gate steward for the dressage rings today, patiently opening and shutting the gate over and over again as riders came in and out. Although she has volunteered at Fair Hill over the last four years, this was her first trip up to Plantation.

Buck Davidson was first up in the three-star division this morning, and while the names Boyd Martin, Phillip Dutton, and Dom Schramm are impressive but not intimidating to Jess, the name Davidson means something more.

Jess has been watching Buck since 2010 and his father, the legendary Bruce Davidson, since 2004. To her he’s more than just another rider, he’s a local legend. As he rode his test with Erroll Gobey, Jess, who clearly has an engaging and outgoing personality, struck up a conversation with one of the horse’s owners, Natalie Sandler, who was standing nearby. She happened to mention that she was a huge fan of Buck’s.

Lo and behold, after Buck finished his test, he had a quick talk with Natalie. The next thing Jess knew, Buck was striking up a conversation with her, thanking her and taking a photo, and handing her his gloves. 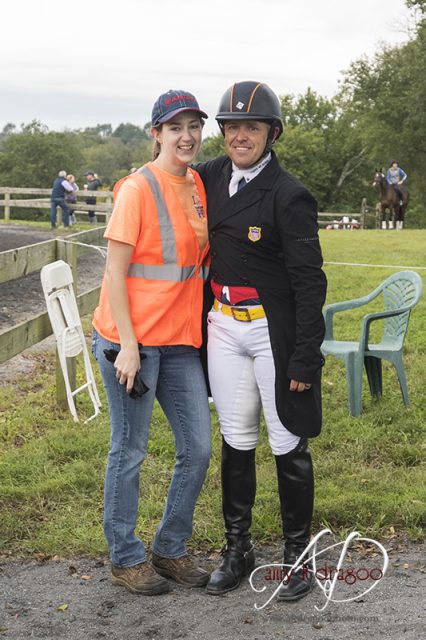 Now these aren’t just any gloves, these are gloves that are veterans of a three-star test, still slightly damp with sweat. These gloves have experience, they have gravitas. Jess plans on never wearing them….unless she is competing her paint partner Star Bar. Then she’d wear them to channel her inner Buck. 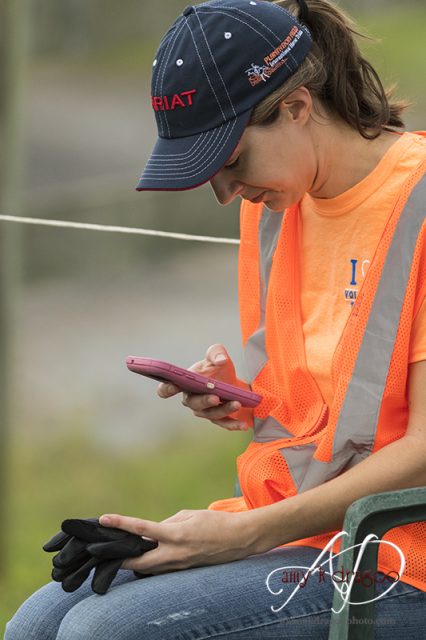 The real question of the day….does she plan on washing them?