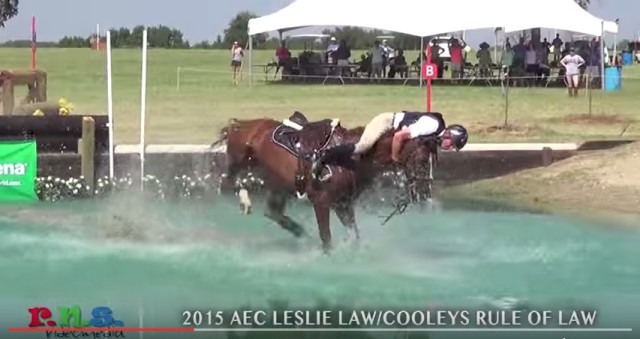 With the powers of stickability and a strong equine neck combined, Leslie Law had a lucky save aboard Cooley’s Rule of Law during their cross-country ride at the AECs. Check out the quick reactions from both horse and rider as they have a near-fall at the water, captured by our friends at RNS Video:

Nice save! The pair were 6th after cross-country in their Preliminary Horse division, but ultimately withdrew before show jumping.