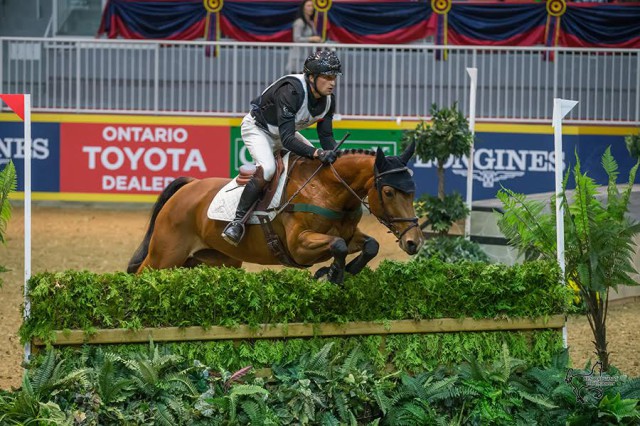 On L. Skye Levely’s lovely mare West River, Waylon had a cracking round to clinch this eighth win in ten years of indoor eventing at the Royal Agricultural Winter Fair in Toronto. Capt. Mark Phillips described Saturday night’s course as more open, not as technical, and longer than the previous night’s course, which Waylon and West River ate up. They finished with an impressive two-night total lead of 16.4 seconds over a good challenge by second placed Buck Davidson.

Coming in the ring to a sold out crowd of excited fans, Waylon pumped up the energy level with his efficient and smartly ridden round. Just after his ride, he said West River was actually more rideable the first night when she was not as sure about the environment and what her job was. The second night, she walked into the ring on her toes, full of confidence and ready to blast out of the start box, so he needed a little more tact to achieve a perfect trip.

Before the class started, Mark Phillips commented that he felt Waylon’s round the night before was smoothest ride of the evening. Given the clean, quick and seamless performance in this final round from Waylon and West River, no doubt he’d repeat himself.

Buck Davidson on Sharon White’s adorable Wundermaske (especially cute in his orange face mask in the stables!) had an assured round, clean and consistent, with his total time of 16.4 seconds behind Waylon representing a very consistent showing over the two nights, especially considering it is Buck and Wundermaske’s first indoor event together.

Over the two nights, the order of placings didn’t change, perhaps demonstrating the horses adjusted to the pressure cooker of a small arena with a full house, music, and commentators egging the crowd to cheer throughout their rides. The atmosphere was fully charged and it was the first entertainment of the night – the crowds reacted like it was a hockey game!

Holly Jacks-Smither on Dynamo held third despite a couple of rails early last night, but they regrouped well, finishing only 2.65 seconds behind Buck, but with 10 penalty points. 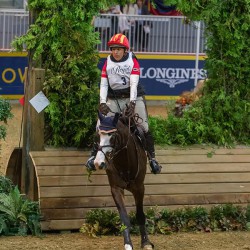 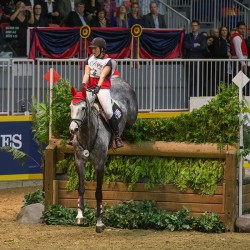 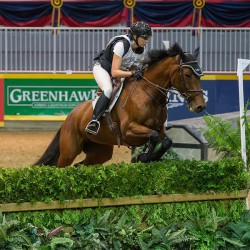 Both Karl Slezak on Fernhill Wishes and Selena O’Hanlon on Uptown Girl carried in 10 penalties from night one, but had lovely quick and clean rounds last night, wrapping up 10.49 seconds and 15.56 seconds behind Holly.

Kendal Lehari on RF D’Orbalia carried in 15 faults but also rebounded with a neat, clean round in sixth place, demonstrating their successful learning curve. She was followed by Jessica Phoenix on Bentley’s Best, who received a huge roar from the crowd for a superb redeeming round after their stumble and Jess’ fall the first night. Tik Maynard elected to withdraw Donaghan, feeling the horse had an uncomfortable first night experience.

After the winning ceremonies, Waylon was called back to the arena to be awarded the Colonel Michael Gutowski Award for being the Highest Standing Canadian in FEI World Rankings for Eventing. Congratulations, Waylon! 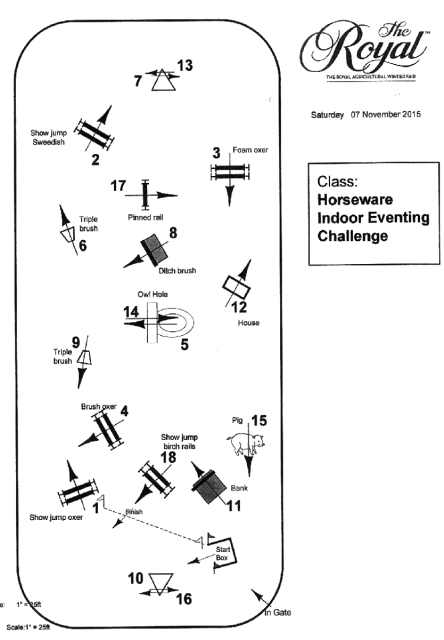 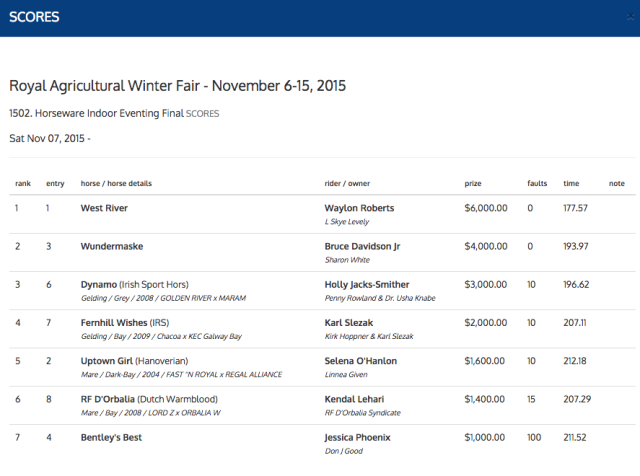