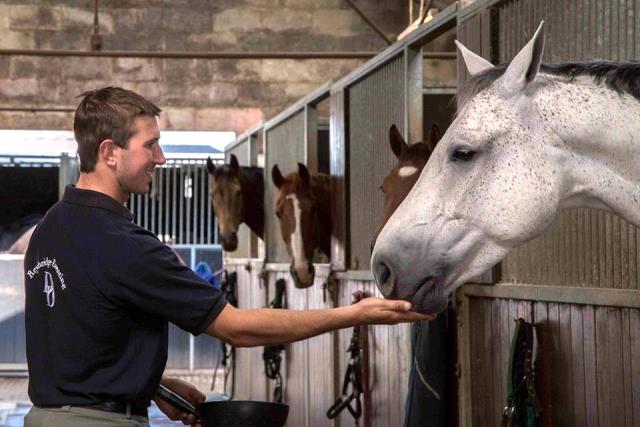 British three-star eventer David Doel, 23, is looking ahead to an exciting season. He finished 2016 on good form with the 12-year-old Chap, coming fifth at Aldon in the two-star, and completing four three-stars, with two top-20 placings.

Canny readers may spot the famous surname; David’s mother Maggie is a former Advanced event rider and Grand Prix dressage rider, and is based with David at Reybridge Eventing at the family’s dairy farm near Chippenham in Wiltshire. As a BHSI, Maggie trains event and dressage riders, so David has grown up in a world of horsey excellence.

David, a Young Rider graduate and regular victor in the British Eventing under-21 rider rankings, is now tackling the tricky transitional phase to a senior with aplomb. He began his career in the Pony Club ranks, where he was a regular team rider for his Pony Club at Championship level. As an under-18 rider, David won the Gatcombe Pony Trials, and was first and second in the FEI Junior one-star events at both Tattersalls and Glanusk, on four different horses. 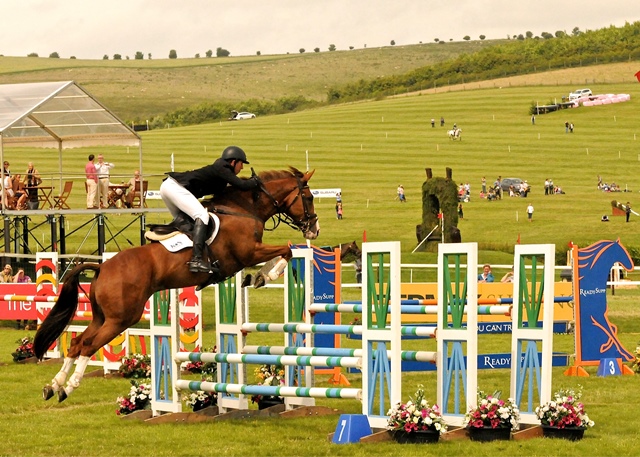 Chap jumping at Barbury in the three-star. Photo by Ian James.

In 2011, David won the under-18 National Championships, and in 2012 won the under-21 National Championships and the Red Mills Open Intermediate under-21 League. He has represented Great Britain at Junior and Young Rider level, winning multiple medals including team gold, and represented Great Britain in Europe as a Young Rider three years running, resulting in team silver medal in Paris in 2013 and team bronze in Portugal in 2014.

The aforementioned Chap is David’s top ride, and David says the gelding is a real personality. “Chap is owned by Gillian Jonas, who owned Mary King’s ride Apache Sauce. He has very definite views and pulls some faces; he also squeaks when you put his headcollar on, or rub is belly. He and I get on well, but some of the girls that work with me are wary of him.” 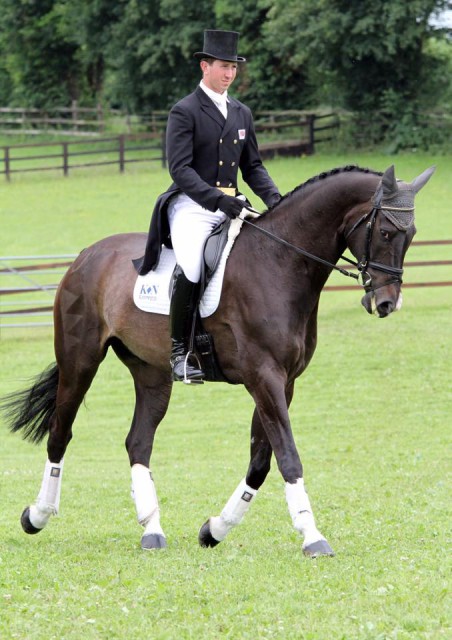 David Doel riding Mr Hiho at Nunney, a British two-star event, in the dressage section. The pair were eventual winners in 2016. Photo by Ian James

With all of this experience under his belt, David is perfectly placed to achieve his goal of tackling a four-star event, and hopes that the latter part of 2017 may see this dream come true. “It has been a long time coming, and I have almost been there a few times,” he tells EN. He’s aiming for two and three-star events including Bramham in the summer, with Pau as a potential four-star at the latter part of the season.

His rising 10-year-old mare Eisfee is regularly placed in the top five at two-star level, and David is keen for her to move up the ranks. “She’s a lovely, classy grey mare. I’d love her to catch up with Chap and complete a three star this year.”

While Tokyo 2020 would be a dream come true, David’s current goal is to get on the World Equestrian Games training squad long list ahead of the contest in 2018. He also has some other future star rides including the rising 9-year-old Mocklershill Buster, whose dressage scores are regularly in the 40s at two-star level, and the rising 13-year-old Mr Hiho, who was victorious at Nunney last year, as well as a clutch of promising one-star horses. So, with David’s determination and dedication, WEG does seem like a very achievable plan.

“I am lucky to do what I do for a living,” he tells EN. “I wanted to ride professionally since I was 12 and now I am living the dream. Doing it professionally is hard — but I have excellent support and back up from my parents, and I wouldn’t be where I am without them. I also have a great team of owners and supporters to keep everything going.” 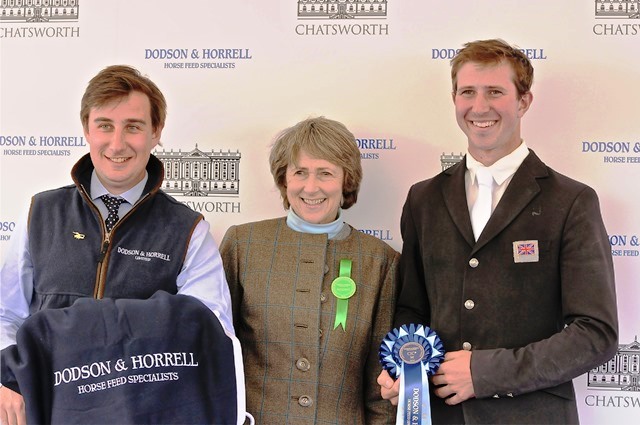 David Doel (right) pictured at Chatsworth accepting first prize for the one-star from the Duchess of Devonshire. Photo by Ian James.

“We’ve made a concerted effort to buy better jumpers, as opposed to better dressage horses, and we now jump lots. The West Wilts Showground is local and we have other great centres like Summerhouse and Hartpury not too far away. Being placed where we are in the southwest of England, we can go anywhere easily.”

David also a fan of hunting to educate the horses. “We take out the young horses to hunt and have some fun. It’s something a bit different and really helps the youngsters. I also take the one and two-star horses out and I have field mastered and whipped-in a few times, too.” 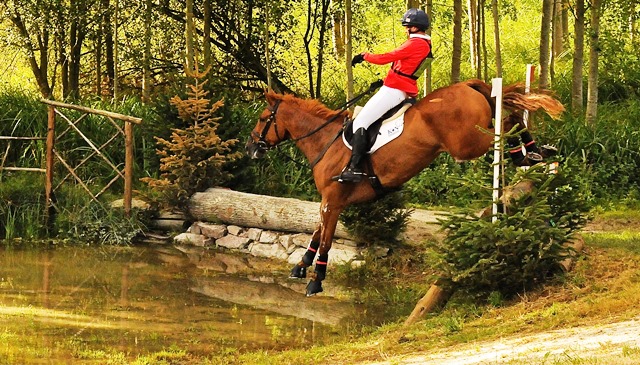 David is pictured in France at Haras du Pin in the two-star on Mocklershill Buster. Photo by Ian James.

Another big event at the forefront of David’s mind is his impending nuptials to fiancé Charlotte, in June. “She’s had to put up with for a long time,” says David, who’s sponsored by companies including Kate Negus bridlework and Treehouse Sporting Colours. “But I am very lucky. She is horsey, and is a sports masseur and has three show jumpers.”

Will the pair have time for a post-wedding break? “There’s a convenient gap in the eventing calendar at the end of June, so we can have a few days off — and then a proper honeymoon once the season’s over,” he says with the practical attitude that all eventers possess.

We wish David and Charlotte all the best for their happy day, and also hope that David’s exciting 2017 season goes to plan.