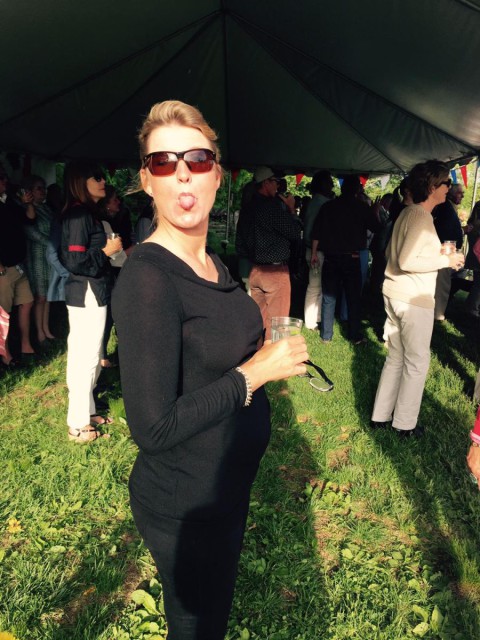 Everyone take a second and keep the states of Texas, Oklahoma, and any other states hard hit by the rains in your thoughts. I grew up in San Antonio, and the last time it flooded like this, I was in high school, working at the barn on weekends. I spent hours stripping stalls after the floods rose about six inches into our barn, but ultimately we were lucky. Down the road, two restaurants had water up to their rafters. Keep everyone in areas affected in your thoughts and prayers this week.

Tattersalls is streaming live world-wide starting today. Tattersalls is holding a CCI3* and CIC3* this weekend, and the entire thing is being streamed live from start to finish. Buck Davidson will be contesting the CCI3* while Caroline Martin, Clark Montgomery, Katherine Coleman and Rebecca Howard are all entered in the CIC3*. Brianne Stanley is also in the CIC1* YH. The streaming does require a one time log-in process. [CCI3* Leaderboard] [CIC3* Leaderboard] [Live Streaming Schedule]

This week in Horse & Hound’s Numbers: Our own Liz Halliday-Sharp set the bar for lowest dressage score at Rockingham Castle, scoring a 22.3 on Fernhill By Night in an Intermediate section and going on to finish on that score to win the division. Meanwhile, a mare named Judy finished the CCI3* at Saumur, descended from the matriarch Princess Fair bred by the Algotsson family. [Eventing in Numbers]

Event riders are calling for an international standard for body protectors. The findings of the inquest into Jordan McDonald’s death revealed he was wearing a Tipperary. Although the Tipperary is a popular brand in the U.S. and Canada, the brand does not meet the standards required for British Eventing. However, the FEI does not regulate safety vest standards as they do helmets, and Bruce Haskell, president of the International Eventing Riders Association, is calling for higher standards to be put in place. [Calls for International Standardisation of Body Protectors]

Behind the Stall Door is back with Rothchild. Following in Sapphire’s shoes is no easy task, but Rothchild has stepped up to the plate admirably. Despite his cranky-looking ‘game face,’ Rothchild apparently has quite the pleasant personality, although he does view the stable as his kingdom. This is also a horse who loves donuts, and looks forward to his Dunkin’ every day. [Behind the Stall Door]

David Ziegler is stepping up to the big leagues in a big way. Last year David thought that his mount, the indefatigable Critical Decision, was ready to retire after his victory at Young Riders. ‘BG’ quickly let David know that retirement was not in the cards, and now he’s aiming him at a move-up to the big leagues in late June. Meanwhile, he’s prepping his dressage mount, Peninsula’s Top Man, for a debut on the U25 Grand Prix circuit later this year. [Horseware Introduces David Ziegler]

SmartPak Product of the Day: I was recently at a horse show and to my dismay, discovered that the farrier had failed to tap one of my horse’s hind shoes. We had holes for studs, but no threads to catch! From now on, I’ll be cleaning out his stud holes prior to the show, and putting in these babies to keep the dirt out. [SmartPak]