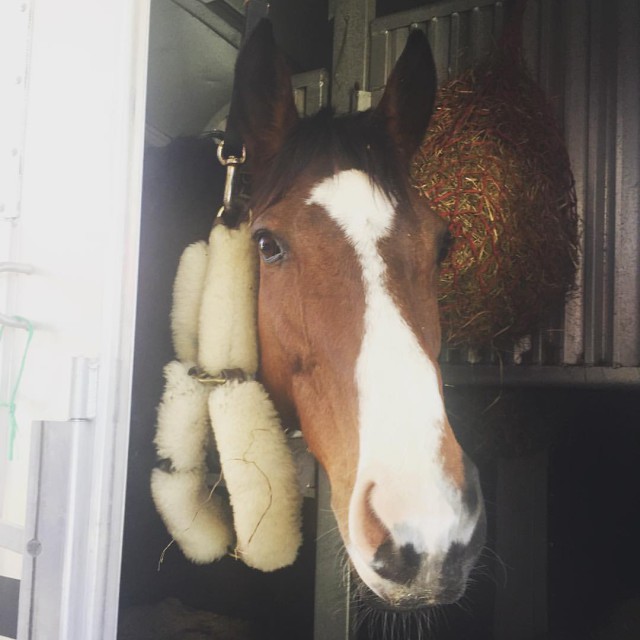 The great migration has fully begun, with the eventers who stayed north for the holidays now making their way south. After an unseasonably warm December, the east coast is getting it’s first taste of winter with temperatures finally dipping into the teens. The sharp reminder that it will eventually snow and not just stay temperate for another three months is definitely motivating riders to get on the road.

The Galway Downs Trifecta Event is being held January 20-24. The Trifecta Event begins with an ICP Symposium with David O’Connor for two days before holding a Sports Psychology Symposium with Shannon Thompson. The fun continues on Saturday with the Area VI Annual Meeting and Awards Banquet with Boyd Martin as the keynote speaker, while a two day clinic is held with Ian Stark, Boyd Martin, and basically every west-coast based top level eventer.  Sign up today! [Trifecta Flyer] [Galway Downs]

A British jockey has been knighted. AP McCoy, a legendary jump jockey who recently retired after a stellar twenty-year career, was knighted at the year end Queen’s New Year’s Honours List. The honor came as a surprise to McCoy, who became the first jockey to be knighted in more than half a century. He shares the distinction only with Sir Gordon Richards, a jockey knighted in 1953.  [AP McCoy Knighted]

Kitty King is a rising star on the British eventing scene. Kitty became the first person to represent Britain at the Europeans in all four levels, beginning with pony, continuing with junior and young rider, and culminating with senior. She credits her success to several different coaches throughout the years, including a dressage stint with Carl Hester. [9 Things You Didn’t Know]

Behind the Stall Door is back, this time with Mr. Medicott. With a truly international resume, Mr. Medicott has certainly made his fair share of headlines, having represented both Germany and the US at international competitions. Check out his softer side, where he loves to be scritched on one specific spot and is totally chill about his rehab schedule. [Behind the Stall Door]

SmartPak Product of the Day: Eskadron open front boots set the standard, but I rarely see them on sale. You’re in luck, as SmartPak currently has a full set of four in their sale section. Snap them up before they go back up in price! [SmartPak]

We all followed along with Alice Dunsdon as she trekked to Australia to keep her dream of competing the same horse in all six CCI4* alive. Now CNN has caught up with Alice to document her incredible journey.